Flipboard, the popular social news magazine for iOS and Android, is now turning its editorial eye to the land of Kickstarter. Starting today, the company will begin sourcing projects from the crowdsourced funding platform which it will then include in various sections of its Content Guide. Because Flipboard is most interested in the future of publishing and content distribution, the initial group of projects selected focus specifically on that subject matter. Going forward, Flipboard says it expects to add a couple more projects per month to its curated content collections. 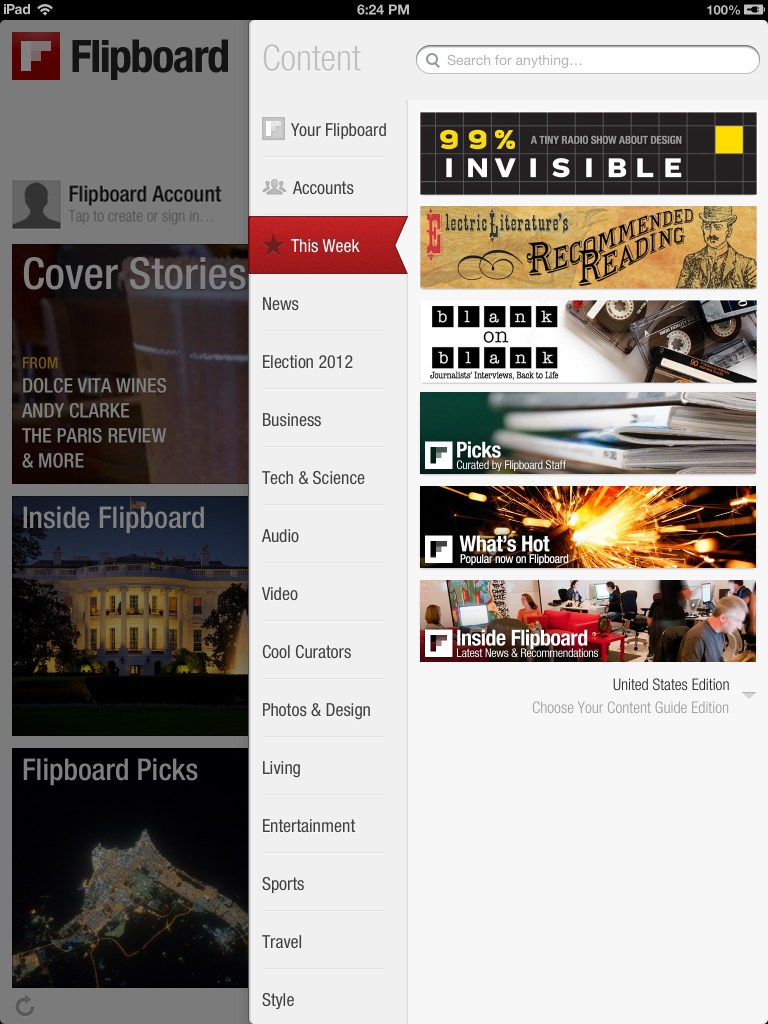 The projects won’t be getting their own dedicated “Kickstarter” selection within Flipboard, to be clear, but will rather be added to the sections where they make the most sense. And while the focus is on new ideas in publishing, that doesn’t necessarily mean it’s about the tools and technology needed to make those changes. Projects, as you can tell by the list below, are instead representative of what efforts to produce content for the Internet age may look like.

In addition, the projects Flipboard selects aren’t being based on criteria like popularity or general “buzz” on social media and blogs, but are rather chosen by Flipboard’s own editorial team simply because they find them interesting and inspiring.

The first three projects picked include the following:

In November, Flipboard will also add Local Quarterly and Tomorrow Magazine. Unlike many of the projects on Kickstarter, the difference with the efforts Flipboard is choosing is that they’ve already produced some content, whether that’s YouTube videos, SoundCloud files, magazines, or otherwise. So it’s not necessarily a matter of Flipboard telling its user base to go out and fund these initiatives, it’s simply offering the up-and-coming journalists an opportunity to get wider exposure. If Flipboard users then decide they would like to see more from those content producers, they can, of course, choose to back them on Kickstarter .

The move, while seemingly minor, has the potential to make crowdfunded journalism less of a pipe dream. There have been a number of experiments over the past months and years to make this type of storytelling a reality, like Spot.us, Emphas.is, and even other efforts on Kickstarter and Indiegogo, but Flipboard has an audience of 20 million+ users today. Even if a small percentage of them followed through on funding these initiatives, it could be enough to keep these creators’ passion projects alive.