Facebook grew to 1 billion users by adding massive value on top of what came before it. Specifically, authenticated identity. There may be no greater leap forward that another social network could take, and that’s why Facebook will hold the social networking crown for a long time.

What’s emerged is network effect incarnate. No feature, no user interface, and no marketing campaign can trump that. Sorry, startups.

If you want someone to sign up for something, you have to give them a reason why. Either something critical they’re not already getting or the new opportunity to connect with the people they care about.

But there might not be anything as critical as the ability to be your real self on the Internet. And Facebook has aggressively evolved to build in functionality that takes advantage of that, including communication without avatars, easy registration on other apps, playing games with friends, and Like buttons across the web.

This leaves competitors with only minor value, niche features, and different designs to add. A lot of what you need you’re already getting on Facebook. The remainder isn’t enough to convince distracted kids, busy adults, and naive seniors to sign up. Entrepreneurs, prove me wrong.

Facebook isn’t taking chances, either. It’s gotten very serious about buying the product or talent of any startup it deems even slightly threatening, hence the Instagram acquisition. If a dangerous competitor won’t sell, Facebook will copy it and use its massive user base to make the original seem irrelevant.

And now with a billion monthly actives, most of the people you’d want to use something with are already on Facebook. Even if a powerful product launches somewhere else, without your friends, its much less useful. That’s why the 1 billion-user milestone is important. It drives this fact home much better than 955 million. Facebook is where your friends are.

Culture and technology go through phases. Think about mobile phones. Seventeen years ago, not a lot of people had them, and they were actually considered cool. As more people got mobile phones, no one was impressed you had one anymore.

But then, when they became nearly ubiquitous, something special happened. Whether they were cool or not ceased to matter, and they became a fundamental utility you had to have to live in the modern world. A social contract went into effect, mandating that you have yours on and answer it. It didn’t matter that your grandma had a cell phone. You needed one, too.

Today, with the announcement of 1 billion users, Facebook entered this third phase. It doesn’t matter if your annoying little brother or jerk of a boss is on Facebook. So are you. And that’s not going to change anytime soon.

There may eventually be a fourth phase that gets us to use Facebook less, but it’s not going to look like Facebook. Paper, radio, and television still exist, we just use the Internet for some of what we previously used them for. Such will be the fate of Facebook.

Maybe cybernetic implants permitting telepathic communication will reduce the need for wall posts and chat messages. But somewhere in the mountains of Chile, or an apartment complex in Tokyo, people will still be using what Mark Zuckerberg built, because it lets them be themselves online. 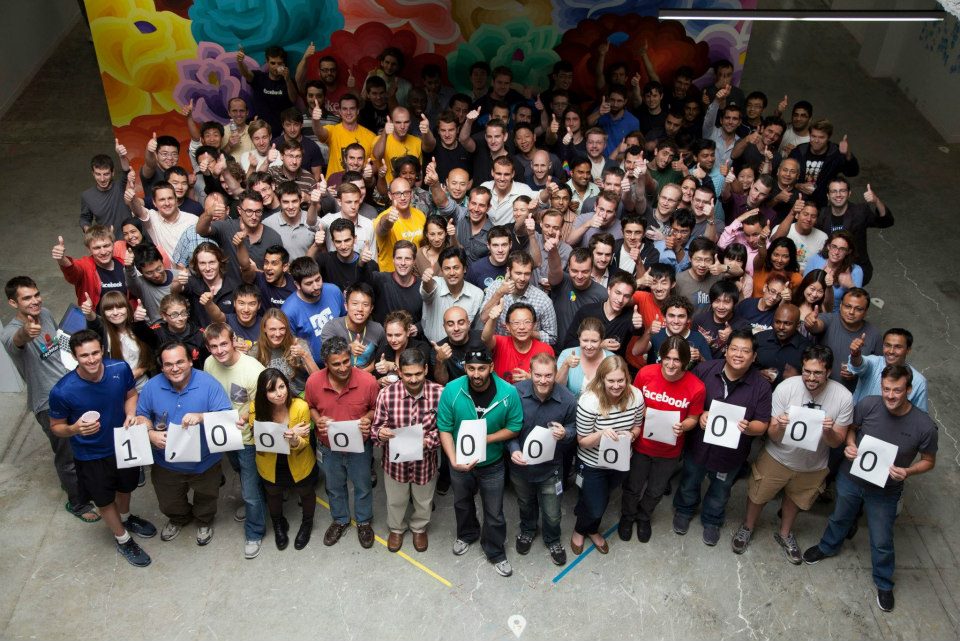