When Desmos launched at TechCrunch Disrupt NYC last year, the startup was on a mission to create platform-agnostic software that would allow users to build and share their own educational content. In essence, they set out to create a browser-based, interactive whiteboard. The early product attracted the attention of Mitch Kapor, Learn Capital, and Kindler Capital, who invested $800K in Desmos before its debut at Disrupt.

The startup quickly found, however, that an interactive whiteboard wasn’t what was resonating with users. Instead, it was their online calculator that became the big draw, so it has since become a standalone feature and, really, Desmos’ sole focus. It makes sense, too, as Desmos founder Eli Luberoff was a double math and physics major at Yale (prior to Desmos) and that the rest of the team are unabashed math dorks.

While there are other online graphing calculators out there, Desmos has really built the last one you’ll ever need. The calculator is less of a threat to online calculators as it is to those offline, real-life ones — like the ones produced by Texas Instruments. Those calculators can cost upwards of $150, so by giving students the same (if not more) functionality as a TI-89 for free, Desmos’ calculator starts to seem like a great option.

Why is the calculator so awesome? Well, you can check it out for yourself, but the web-based calculator offers real-time updating and allows users to share their graphs with their friends, fellow students, and teachers. It also includes pinch-zooming (on the iPad), sliders for parameters, and tracing, and has the ability to save graphs for later.

It’s great to see, too, that the startup is remaining focused on math and not trying to quickly expand its successful calculator formula to other subjects. When it comes to math, calculators and graphing often get left behind in the edtech conversation — and the technology really hasn’t changed much in the last decade. Luberoff tells us that he thinks there’s still plenty the startup can do around building out the calculator’s functionality and expanding further into modeling and other parts of the math universe. 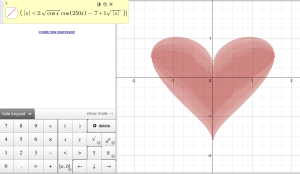 For example, it was Desmos’ Valentine’s Day heart-shaped graphing feature that initially caught the eye of Google Ventures’ Rich Miner. Today, the startup is announcing that it has taken on a new round of funding from the VC firm and, while they wouldn’t reveal the exact terms, we do know that the investment brings the startup’s total funding to over $1 million.

In fact, the investment was originally supposed to be the beginning of the startup’s series A, but, after Google Ventures’ investment, Desmos decided to hold off on raising additional funding. That’s partly due to the fact that Desmos hit profitability this year, Luberoff says, and partly because the startup is still deciding what it will focus on next. Once it solidifies planning (and a business model, for example), it will look to ramp up both the team as well as its capital.

As for right now, Desmos has been generating revenue thanks to partnerships with publishers, who have been integrating its calculator into digital textbooks. Publishers are obviously moving fast and furiously to digitize their library of textbooks, with many focusing on building an interactive learning experience. As far as calculators go, it doesn’t get much better than Desmos, so these kind of partnerships will continue to bear fruit for the startup, especially as state educational organizations have begun to officially recommend that schools make a more aggressive push to transition from paper to digital textbooks. 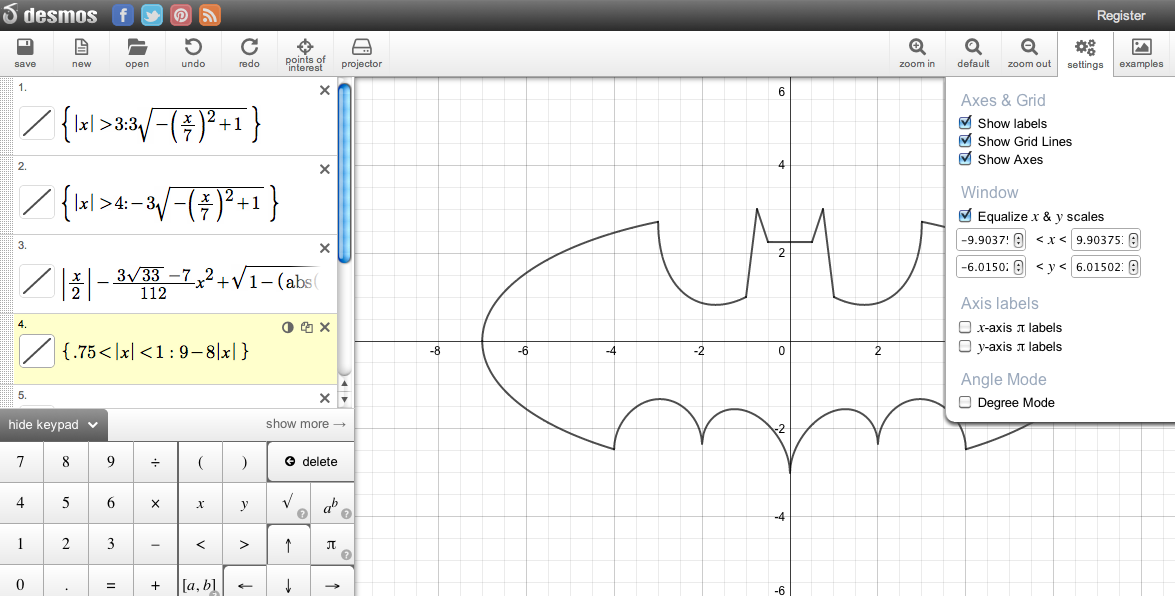 Although Desmos isn’t ready to reveal metrics or the size of its user base, Luberoff did say that the team has been surprised and pleased with the level of engagement it’s seeing from kids who are spending hours (and sometimes even weeks) creating graphs. Desmos is on a mission to help young people learn to love math again, and Google Ventures, for one, sees a lot of potential in the startup’s ability to play a role in the improvement of STEM education in the U.S.

Going forward, it’s going to be important for Desmos to be on every platform so that kids can whip up some whizbang graphs in whatever medium they choose, so look out for a possible Desmos mobile app sometime in the near future. With the new funding from Google Ventures, the startup now has the opportunity to build up its team to a size where it can actually take on the challenges ahead. And to that point, EdSurge reported that the startup recently hired Eric Berger, the former VP of Engineering at Junyo, to lead the development charge.

Below, check out Jordan’s interview with Eli at Disrupt: