Twitter may be slowly closing the window for how some third parties can use its river of Tweets, but Twitter is also cherry picking others that might prove useful for its own traffic. And it’s using a pretty prominent call-out box to do it. This evening, I noticed on the homepage of my Twitter account, in the place where you would normally see your profile and Tweet window, a new box: “Send Tweets to Facebook,” said the call-out. “Share your Tweets with your friends on Facebook .” A button takes you to your profile page to enable that to happen.

My colleague Drew told me it suddenly appeared for him, too. And it looks like others are seeing the same note as well (none too happily, it seems). 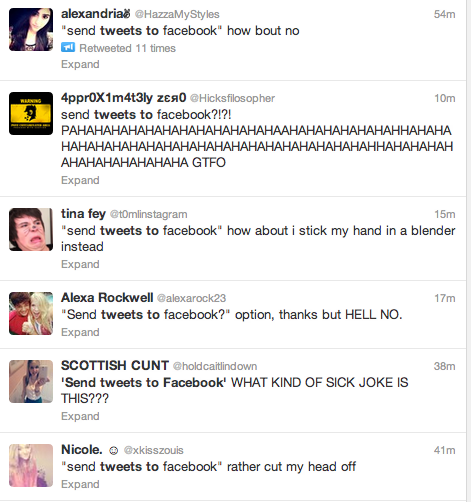 We know, we know: the ability to send Tweets to Facebook is not new. And you may have even at some point seen this the callout panel in the past for things you haven’t done yet to your Twitter account, such as uploading a profile image, or finding your Gmail contacts.

Reached for comment, Twitter declined to confirm whether it is the case that this callout suddenly started to make a more frequent appearance, but in a week where we’ve seen the launch of iOS 6, the launch of a new Twitter app, and a whole bunch of Facebook updates, perhaps Twitter thought it would be a good time to get people to try out some new functionality — and maybe pick up a little referral traffic in the process, Facebook being an important driver of referral traffic for other sites (specifically media) for a while now. More traffic=more volume against which to sell advertising.

And given Twitter CEO Dick Costolo’s comments this week on PBS earlier this week describing an adversarial relationship with Facebook — they go after the same social marketing ad dollars — perhaps this is a sign that the two are not so unfriendly with each other after all. 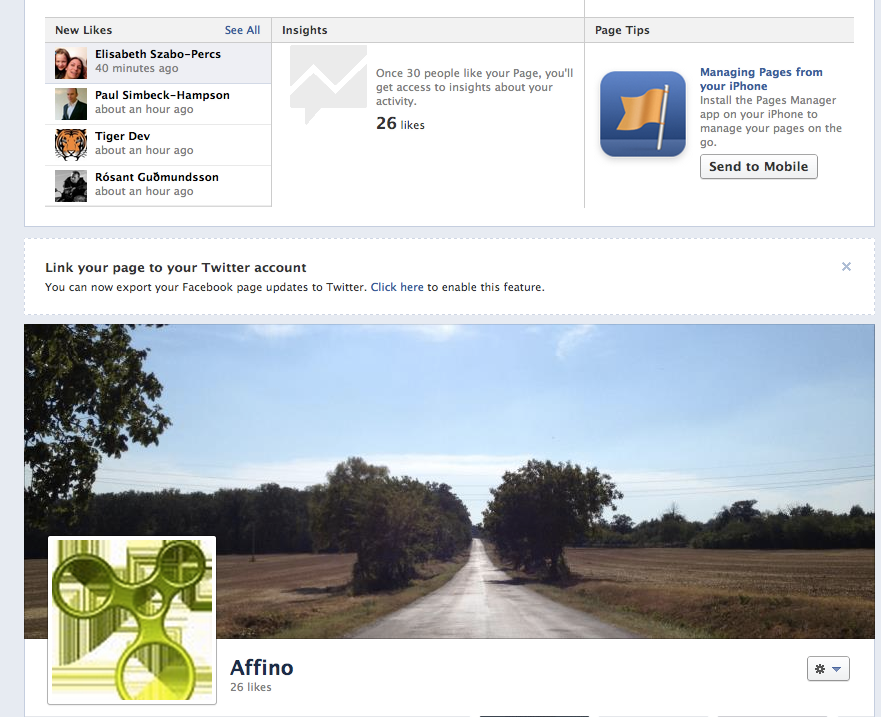