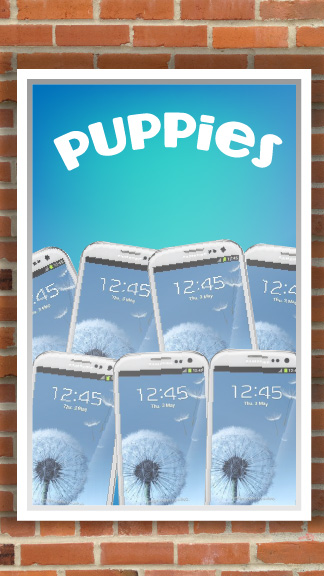 Put yourself in Samsung’s shoes.

You’ve just lost more than $1 billion in a very public patent trial. Your shining star, the Galaxy S III, was just blown out of the water by a brand new iPhone — Apple sold 2 million iPhone 5 units in 24 hours, whereas you are at a pace to sell 200,000 every 24 hours. And now you’re scraping to steer people away from the new iPhone and toward your flagship, even with entirely misleading ads (like the one below).

Quick! What do you do?

According to the Korea Times, an anonymous Samsung official told the media that the Samsung Galaxy S IV, the Korean company’s next flagship, would be announced at Mobile World Congress in February, with a global release date in March.

This news came out three days after the launch of the iPhone 5.

Clearly the South Korean electronics giant has something to be scared of. Just take a good look at this ad. Notice anything strange? All of Samsung’s software features are listed, but not one of the iPhone 5 software features are present, except for Siri. And even then, the specs themselves are misleading. Samsung may have more pixels, but that’s because there’s almost an extra inch to the display of the Galaxy S III. But in terms of actual pixel density (the true marker of a great display), Apple’s Retina display has Sammy beat by 20 pixels per inch. 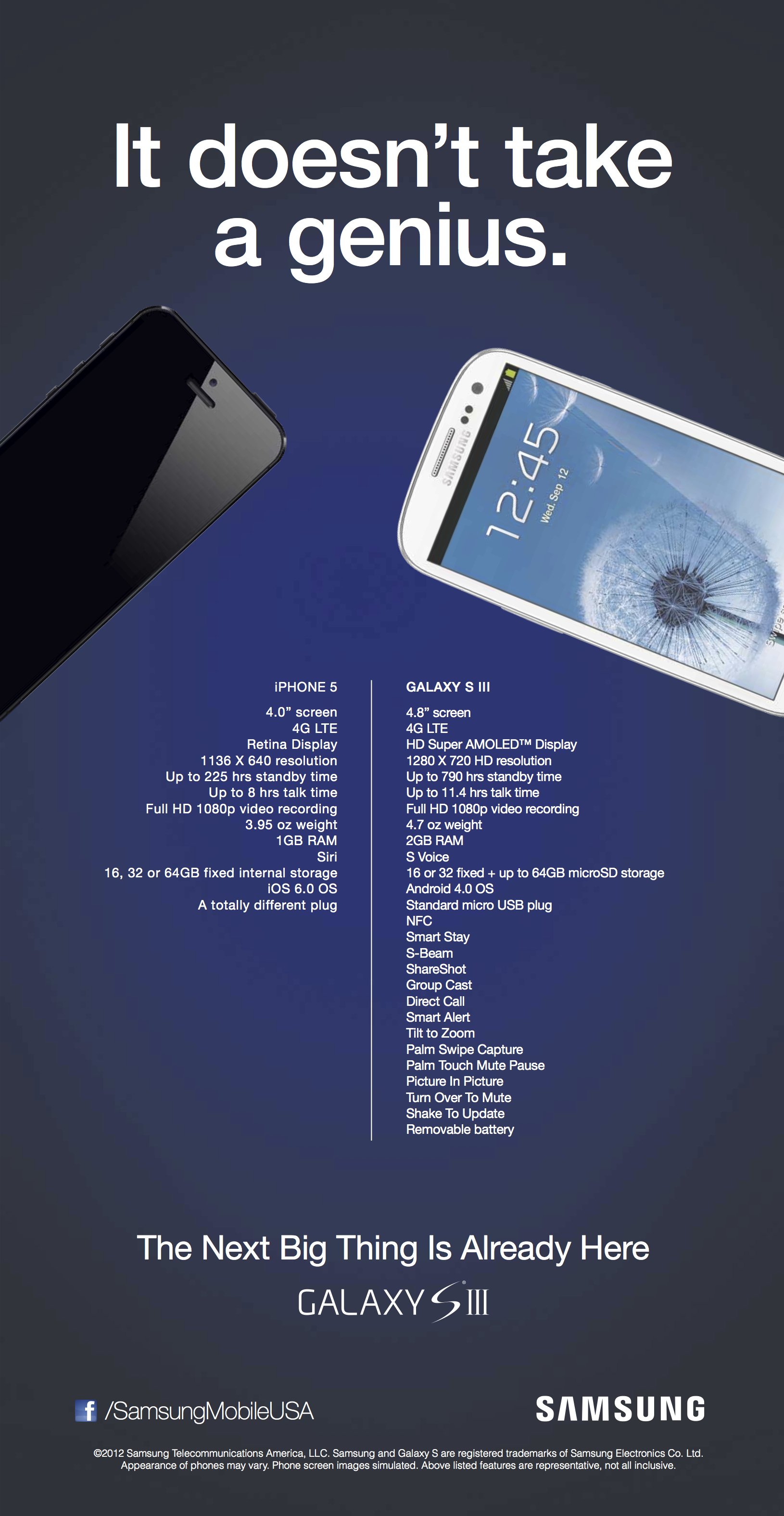