Organizer, a startup that just took the stage at Disrupt, aims to bring political campaigns a smarter, faster way to manage their field work through smartphone apps — and eventually to do the same thing for businesses.

Since we’re less than two months away from the November elections, Organizer wouldn’t have much time to get its product into the hands of its biggest customers if it was starting from scratch today. In fact, there are both national and local campaigns already using the company’s Electionear smartphone apps. But the company is now taking those apps out of beta, and it’s also announcing the broader Organizer brand, with its plans to go beyond political campaigns.

Ian Magruder, a business development associate at Organizer, demonstrated the Electionear app for me last week. One of the big goals is to take documents and instructions that are mostly paper-based, and make them digital and mobile. If you’re a canvasser going door-to-door for a political campaign, it offers a clear set of instructions and an easy way to collect data. So if I was canvassing for the Obama campaign, I could knock on someone’s door, then I’d follow the script to introduce myself and ask them about their thoughts on the race. The script is dynamic, offering instructions tailored to the responses that I enter. Then, once I’ve finished at one location, the app gives me directions to my next stop. 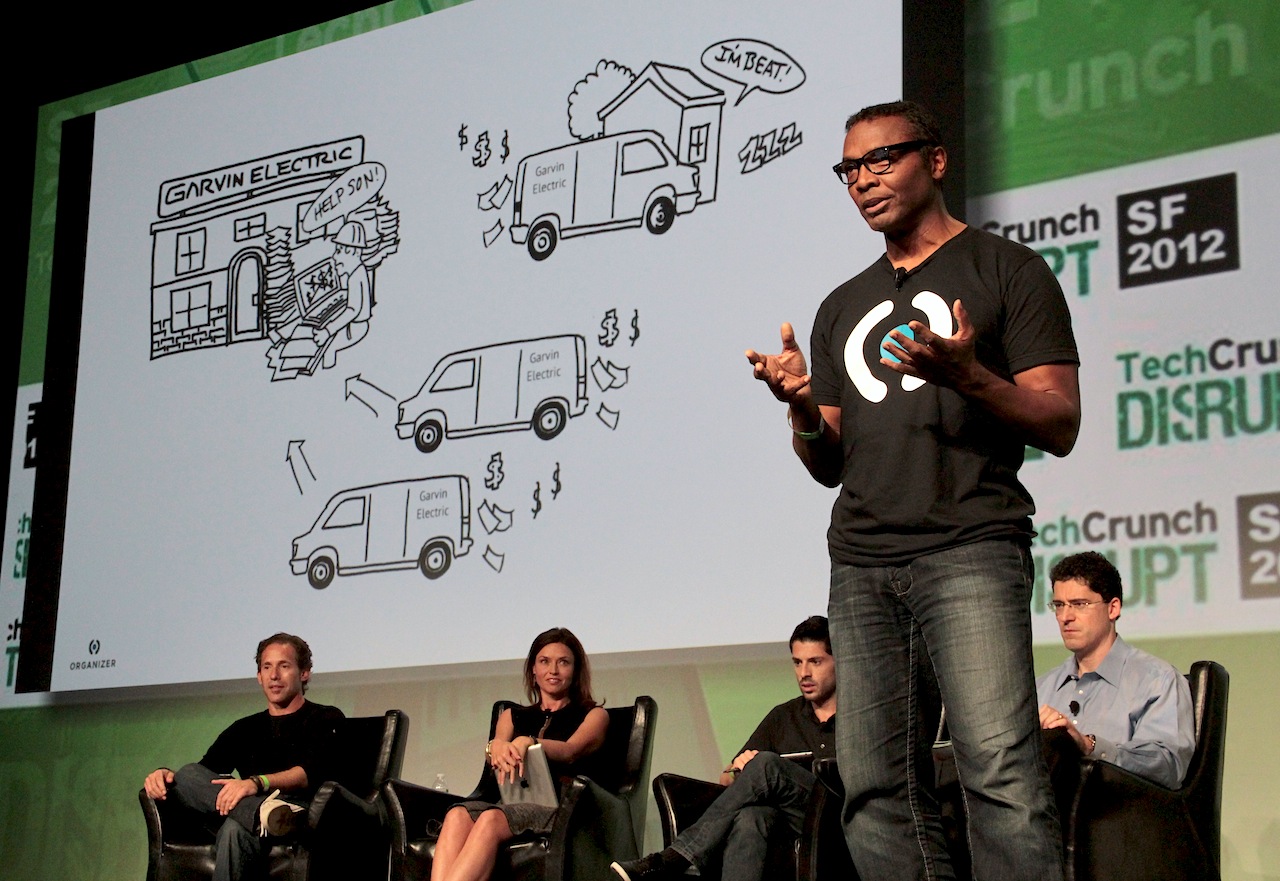 I still remember the hours I spent going door-to-door for a local congressional campaign back in 2000, and it would have been awesome to have tools like this.

Magruder also walked me through a campaign organizer’s web interface, which allows them to create branching scripts, divide neighborhoods into different zones, and volunteers to assign volunteers to canvass those zones through a drag-and-drop interface. Organizers can also narrow down the list of registered voters in a given zone based on gender, age, and political party — so for example, they could tell their canvassers to only speak to female Democrats in a given area. Organizers can also see the data entered into the smartphone apps in real-time, visualize those results through different graphs, and export them to other systems.

As mentioned earlier, Organizer plans to eventually launch products that go beyond political canvassing. Magruder doesn’t want to get too specific about the company’s next apps, but he says Organizer’s platform is really about workforce management, whether that workforce consists of plumbers, electricians, maids, or any “fleet of employees who are doing work out in the field.” And while political campaigning will be at its most intense over the next couple of months, that doesn’t mean use of Electionear will die out after November 6 — Magruder says it’s also useful to political advocacy groups whose efforts aren’t limited to a single campaign. Plus, there’s always the next election.