Microsoft just announced that the Windows Store, the app store for the company’s upcoming Windows 8 release, is now open for app submissions from all developers, including individuals. This marks the final step in Microsoft’s program to bring the Windows Store to as many developers around the world as possible. Microsoft also announced that it is now ready for submissions in 82 additional markets, bringing the total number to 120.

Until now, the Windows Store was only open for users with company accounts, and developers needed a special kind of token to submit their apps. With today’s announcement, the floodgates are open for developers who want to get their apps into the Windows Store before its general availability later this year. As Antoine Leblond, Microsoft corporate vice president for Windows Web Services, told me last week, today’s announcement marks the “final step in really getting the store to where we want it to be.” 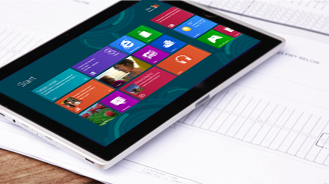 Microsoft also today announced that its paid Microsoft Developer Network program will now provide subscribers with free Windows Store subscriptions for submitting apps. DreamSpark, Microsoft’s program for students, and BizSpark, the company’s program for startups, feature the same offer. For all others, the registration fee is $49 for individuals and $99 for companies.

It’s worth noting that the Windows Store will feature both desktop and Metro-style apps. Desktop developers, however, won’t be able to sell their apps directly through the store. Instead, the Windows Store will feature desktop apps just like Metro apps, but to actually download and/or buy the application, users will be directed to the developer’s website.

“The Best And Greatest Opportunity For Developers”

Leblond also told me that his team has “been really, really focused on making sure the Windows Store is the best and greatest opportunity for developers,” which is a sentiment that echoes what I’ve heard from other Microsoft executives over the last few months as well. Leblond also stressed that developers especially appreciate the ability to write Metro apps (and yes, Leblond still used that term) in a wide variety of languages, including HTML5 and JavaScript. Microsoft’s financial terms for the store, he also stressed, are more favorable for developers who will receive the usual 70 percent for all sales until they reach $25,000. For sales over this limit, however, developers will get 80 percent. In Leblond’s view, Microsoft also offers the most “flexible, clear, and transparent policies for developers.”

Microsoft, of course, is highly interested in getting as many interesting apps as possible into the Windows Store before Windows 8 becomes widely available on October 26. As Microsoft told me today, Flurry Analytics, NASA, and Viddy have now been added to the list of companies that are building for Windows 8.