If you’re trying to use online advertising to make a quick sale, determining how effective an ad is can be pretty simple — did users click through or not? But when it comes to brand advertising, there’s no real good way to directly measure the effectiveness of your campaigns.

Since there’s no measure of clickthroughs, brands are forced to go to third party measurement firms to find out what sort of brand lift or increase in purchase intent they got through a campaign. But those measurements are usually based on imperfect panel or survey data, without any way to really know whether a viewer actually saw a specific ad campaign.

TubeMogul‘s new BrandSights surveys, by contrast, provide a way for advertisers to compare important metrics — like brand awareness and purchase intent — between users who have seen video ads and those who haven’t. BrandSights works like this: Surveys are served up in standard display 300×250 display ad units, and prompt users to answer a single question, which aligns with a certain metric.

Since TubeMogul stores anonymous cookie data on users who have watched brand video ads served through its platform, it can compare the responses of users who it knows has watched one of its ads, versus those who haven’t. TubeMogul founder and CEO Brett Wilson told me that the idea behind BrandSights was to make brand advertising as measurable and accountable as Google AdWords. Its clients can even dig down by geography or user demographics to see how ads are performing with particular segments of the population. 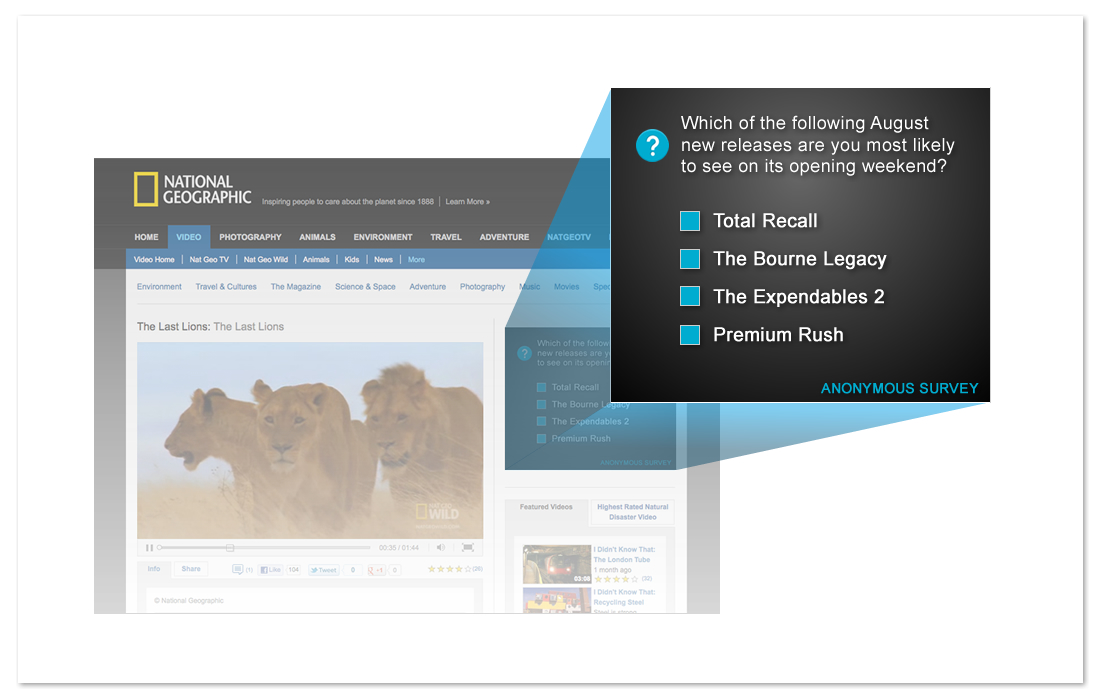 TubeMogul is making BrandSights available for free to all clients, allowing anyone to quickly and easily determine how effective their brand campaigns have been. And since it’s all done within the same dashboard as launching their campaigns, all the intelligence that they gather is in real-time and immediately actionable. That means advertisers can abandon video ad campaigns that aren’t working on the fly, or double down on those that are producing results.

For TubeMogul, the launch of BrandSights is one more way that it’s trying to provide its advertising clients with radical transparency. That started with allowing them to pick and choose publishers to advertise with, as well as providing a run-down of pages where their ads have appeared.

TubeMogul has raised about $15 million in funding since being founded in 2006. The company now employs about 110 people, with its headquarters in Emeryville, Calif.