It’s become more clear than ever that analytics about how people interact with things — from physical stores to television screens to websites — are key for businesses to optimize their relationships with potential customers. And the more detail, the better.

It’s this philosophy that drove Jason Shah to build HeatData over the past 24 hours at the Disrupt SF 2012 Hackathon. HeatData is an app that captures gesture data on mobile to let app owners know exactly where and when users swipe, double tap, and zoom on certain places in the mobile app. 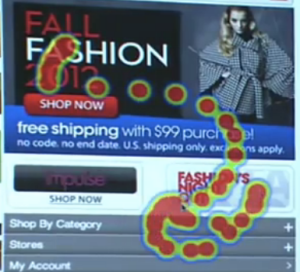 Shah, who works full-time as a product manager at Yammer, tells us that a close comparison to what HeatData does is Optimizely, the successful A/B testing startup that launched out of Y Combinator back in 2010. But Optimizely logs only actions on apps such as clicks — not activity such as zooming and swiping. Shah says that HeatData tracks those activities too to give app owners a full picture of how people interact with their apps, information that could lead to increased revenues.