Twitter announced a new feature today that’s supposed to make it easier for publishers to embed a timeline of relevant tweets — the company describes it as a way for “publishers, writers, developers, and any Twitter user to drop a rich, interactive piece of Twitter into their websites.”

You’ve probably seen Twitter widgets before, embedding a stream of tweets from a specific account on other websites. However, it sounds like the new embeddable timeline is both more customizable and more interactive. In other words, you’re not just looking at tweets, then jumping to Twitter itself if you want to respond. Instead, you can follow a user, reply, retweet, favorite a tweet, or even view photos directly from the timeline — it sounds like the goal is to bring a big piece of Twitter’s functionality into these timelines.

A Twitter spokesperson says that in addition to the new functionality, “embedded timelines are built on a new infrastructure dedicated to serving Tweets on the web, so it’s even easier for anyone to embed timelines on their site with just one line of code.”

This should be a pretty attractive option for publishers, because it allows them to draw attention to their social networking presence, and to bring fresh content to the site, without necessarily driving readers elsewhere. Twitter says it’s already being used by ESPN (to highlight news and tweets from the U.S. Open), London Fashion Week, and the author Margaret Atwood (who has become surprisingly tech-savvy). 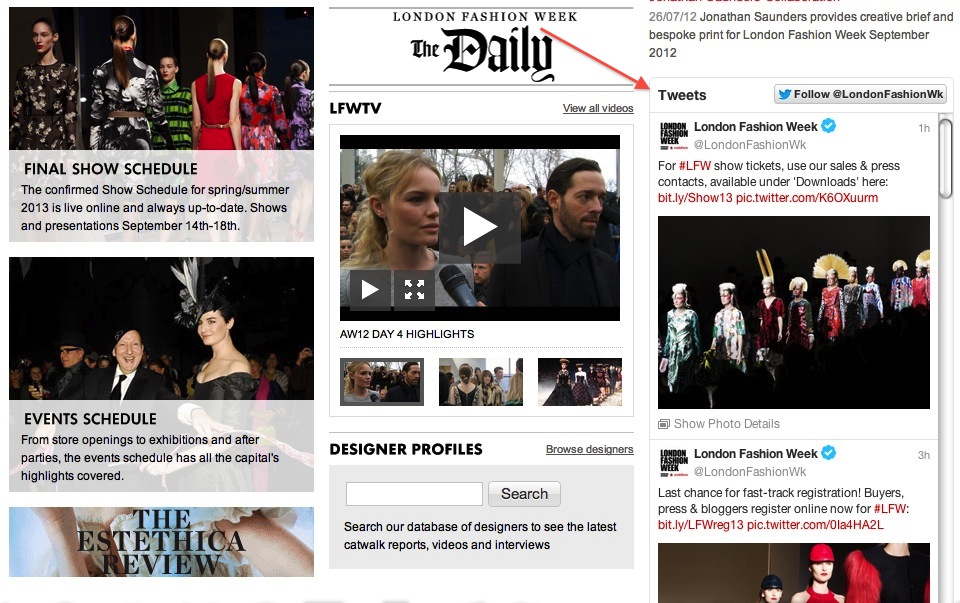 Twitter says the new embeddable timelines can feature “any account’s Tweets, favorites, a list, search query or #hashtag” — it should only take a minute or two to actually create a timeline, then you embed it by adding a single line of code to their website. You can read more on the main Twitter blog or the developer blog.