Without a doubt, Spotify is my service-of-choice for listening to music these days. It was a huge win when I was in Mexico, and its offline mode is an absolute life-saver.

The team appears to be ramping up its mobile efforts, which is quickly becoming one of the service’s strongest areas. As it stands, the desktop app still feels a bit heavy to me, with features that don’t really fit into my daily usage. For example, its “Apps” section has never really grabbed me.

For those of you that use the Android version, an update has hit the tubes, and here’s a look at what’s new: 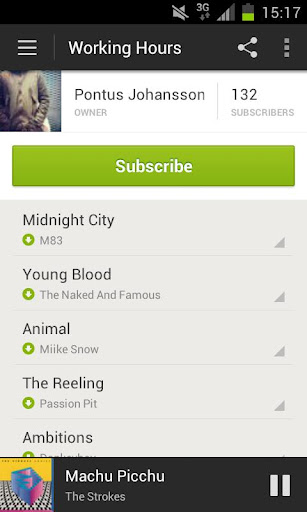 The sharing mode is particularly interesting, as it’s fun to share your playlists with friends. Right now, the only way to do that is via the app itself, with some tapping, or on Facebook. This NFC “insta-share” introduces a whole new dimension.

By being social without having to find your way through a series of settings, it’s likely that sending a rad hip-hop playlist to your friend will become an every day thing. There’s nothing worse than standing in front of a friend and saying “wait a second while I share this with you.”