Online video platform Kaltura has always been focused on getting videos in front of more viewers. Now, more than ever, that viewership isn’t happening in a web browser, but on a wide range of devices — from mobile phones and tablets to connected TVs. Which is why Kaltura has launched software development kits and reference applications that will make getting in front of users easier, regardless of whatever device they’re trying to watch a video on.

Kaltura has always prided itself on having an extensible architecture, allowing its customers to add features through its extension marketplace. Kaltura is available as an open source video platform, but makes money through additional services and support that it provides to premium customers, as well as sale of extensions.

The latest group of features takes Kaltura beyond the web browser, and on to a wide range of devices. Let’s start with mobile, where Kaltura has unleashed a mobile SDK that will allow developers to build native iOS and Android apps. That includes advanced features such as custom players, adaptive bit rate streaming, file upload and downloads, and social sharing through Facebook, Twitter, and email. 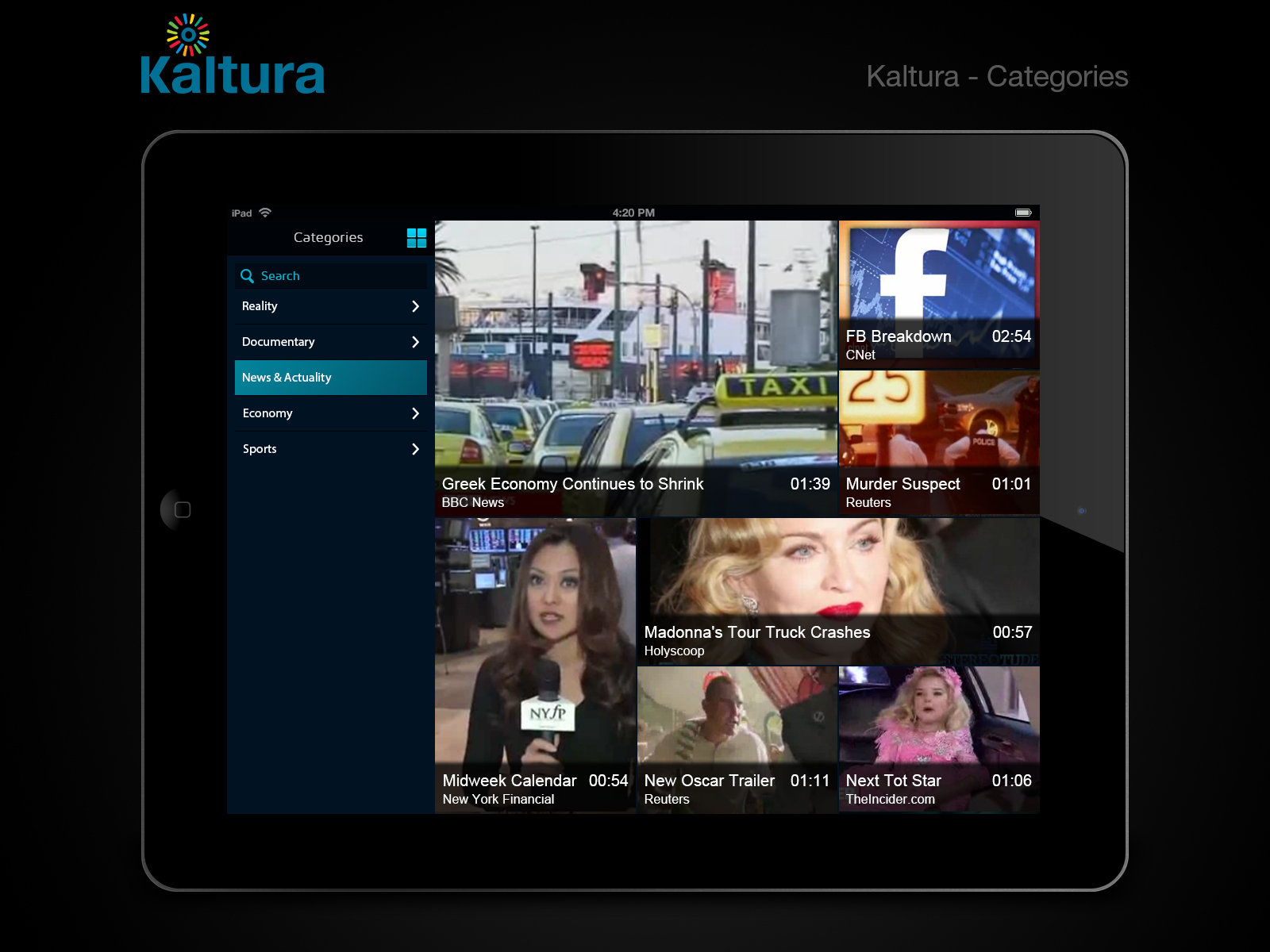 It’s also added support for Google TV, with an SDK and reference app that lets developers creative apps for the connected TV OS. That will let its customers play on an increasing number of TVs and set-top boxes that run the operating system, including the Vizio Co-Star, Sony Internet Player, and LG Smart TVs. And finally, Kaltura is also rolling out tools to build apps for Microsoft’s Xbox Live, with a .NET SDK that will work on the Xbox 360.

Support for new mobile phones and tablets, game consoles, and connected TVs comes on top of streaming capabilities on other set-top boxes, including Roku, Boxee, and Flingo-powered devices. With that, Kaltura customers will have much wider distribution across platforms, giving it a greater ability to reach viewers.