Facebook retired Face.com’s facial recognition APIs less than a month after its $55-$60 million acquisition of the Israeli-based company, which previously offered developers tools to build applications that could identify people based on digital photos. The move left Face.com’s some 45,000+ developers stranded, and saw the developer community demanding an open source alternative. And now, there is one. In response to the outcry, an early stage startup out of San Francisco called LambdaLabs has launched an open beta version of its Lambda Labs Face API to developers.

I spoke with Lambda Labs co-founder Stephen Balaban back when the technology was still in development. He explained to me that the company wanted to go the open source route, but planned to eventually monetize by charging larger customers for support, as is a standard practice for open source-based companies. “With proprietary companies, creating these APIs for people to use – like Twilio, like Face.com, like Twitter, like Facebook, and Craigslist,” said Balaban, “when those companies shut down, get acquired or, for whatever reason, decide to discontinue their API, a lot of other startups and other smaller companies get screwed over there.” The only real future-proofing against this problem is to go open source, he said.

Lambda Labs had originally started making a facial recognition-based contact book called HeadsUp, which used several different computer vision and facial recognition algorithms they had in development. But after Facebook acquired Face.com in June, Lambda Labs realized they woud soon have an opportunity to offer an alternative – having already expected the subsequent shuttering of the Face.com API.

As for the Lambda Labs Face API itself, the main difference between the Face.com API and itself is the price – it’s 100% free. But from a consumption standpoint, former Face.com developers won’t have to change much because the Lambda API is basically fully compatible with the results that the Face.com API was returning. “To switch over, you don’t have to change anything other than swap out the API keys you were using,” Balaban explained. As for how the algorithms themselves vary, it’s hard to say – Face.com was closed off, and didn’t share the details of how it operated. 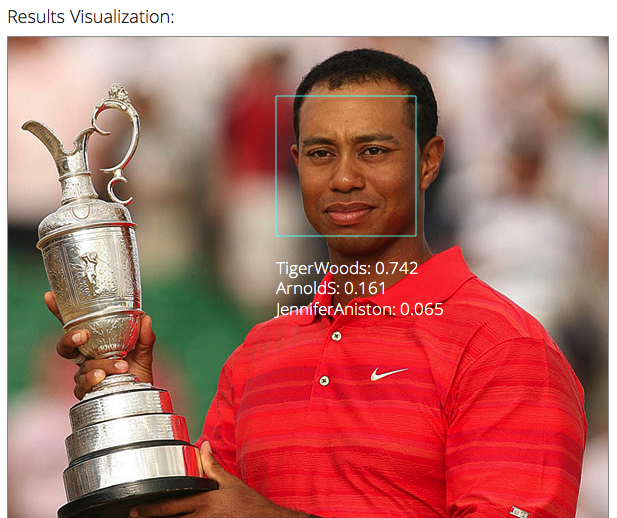 But the company is also planning to do some things that Face.com did not. It’s planning on offering a pure Javascript, HTML5 API, for starters. (Face.com required developers to have a server which would ping Face.com and then send the response from Face.com to their front-end). “We’re going to have an API where you can just drop in some Javascript, and it will do a lot of the functionality that you’re already looking for,” Balaban said.

When the company first announced the API on Hacker News, it saw 4,000 signups in four days for its private beta. Today, it’s now seeing 60,000 API calls per day. Operating as a super lean startup out of San Francisco (or, as they claim – “the leanest startup in San Francisco” – they operate out an apartment in Chinatown), the only thing Balaban and his co-founder don’t skimp on is coffee. “We do have a French press coffeemaker,” Balaban says. The company is in the process of raising an angel round right now.