Love it or hate it, but Windows 8 will soon arrive on computers around you. While virtually all of your old programs will likely run without a hitch in desktop mode, it’s the Windows 8 Metro interface (or whatever Microsoft now wants to call it), that brings the biggest changes to the OS for users and developers alike. What Microsoft really needs right now more than anything else, though, is applications that can showcase the power of the new Windows 8 user interface. The current crop of apps in the Windows Store is a hodgepodge of games, travel and productivity apps that, for the most part, look fine but aren’t very interesting (and that includes Microsoft’s own default apps for Windows 8 Metro). What’s still missing is a few killer apps for Windows 8 Metro that will get consumers interested in the platform. 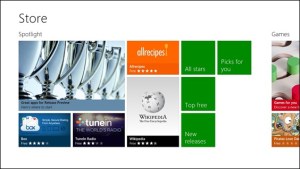 Earlier this week, Microsoft announced the first 40 casual games that will find their way into the Windows Store before October 26. These include some of the most popular casual games around right now, including the Angry Birds franchise, Fruit Ninja and many other good games. It’s a bit worrisome, though, that 29 out of these 40 games come from Microsoft’s own Microsoft Studios game development unit. The company is still working to bring other developers on board, but for the time being, it doesn’t look as if there will be a lot of content available for Windows 8 that users aren’t already familiar with on other platforms.

Microsoft has worked hard to get developers on board with Windows 8 and now that they can even use JavaScript and HTML5 to write Metro apps, the number of developers who could write apps for Windows without facing a major learning curve is huge. Given the size of the Windows ecosystem, there is also massive revenue potential for developers who can score a hit in the Windows Store.

Still, most of the companies I talk to every week aren’t even thinking about Windows 8 yet (and very few are even thinking about Windows Phone at this time). I started asking developers about their plans for Windows 8 ever since Microsoft launched its first public “consumer preview” in February. While I’ve noticed a slight uptick in developers who tell me that they are keeping an eye on Windows 8 over the last month or so, very few have any concrete plans to do so and even fewer were actually working on Windows 8 apps already (the same, by the way, remains true for Windows Phone).

The Web As Killer App? 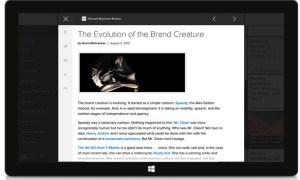 One Microsoft initiative that’s catching on, though, seems to be its push to bring more touch-enabled web apps to the Metro version of Internet Explorer. Just this week, Atari launched its Atari Arcade for the browser and just a few weeks ago, the popular news reading app Pulse also launched its first foray onto the web with the help from Redmond. Microsoft also partnered with TheFind in July to bring that company’s Glimpse Catalogs app to HTML5.

Maybe it’ll be these touch-focused web experiences that will showcase the power of Windows 8 and Metro before there are enough native apps out there to do the same. Microsoft is obviously interested in making money from the Windows Store, too, but it looks like the company still has some convincing to do before more developers will jump on that platform.

Maybe the real killer app for Windows 8 – and especially on the tablet – is Microsoft Office anyway, but that’s probably more of an argument for business users and most businesses and enterprises aren’t likely to switch to Windows 8 very soon. Right now, to get consumers interested, Microsoft needs more good and distinct apps in the Windows Store before Windows 8 launches. There is still time until October 26, of course, but the first crop of apps that is currently available is disappointing.