Pokki announced today that it is coming out of beta and adding a notification center and new apps for Angry Birds, Pandora and Pinterest. The company also said it has surpassed 1 million monthly active users.

Pokki says the new apps are made possible by a new app packaging technology, which they’ll be providing to developers in the future, to turn a web app or game into a Pokki desktop app. 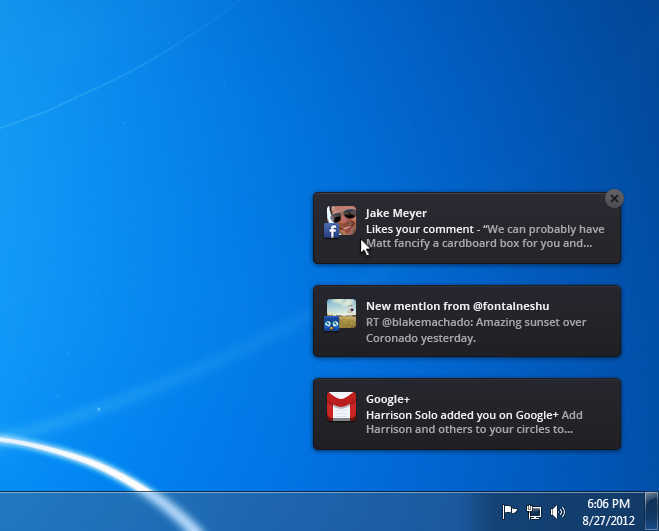 Chester Ng, co-founder of Sweetlabs, the startup behind Pokki, tells me Pokki has seen “tremendous” growth over the last six months, as the user base has roughly doubled every month.

“Your PC doesn’t have to suck,” Ng says. “You can have this modern experience with apps tailored for and integrated into your everyday desktop use case.”

Ng says Sweetlabs tries to bring the “fun and convenience” of iOS and Android to keyboards and mice. He adds that Pokki will release a beta version for Mac OS soon before turning its attention to Windows 8.