Microsoft just launched a new search feature for Bing that lets you search your friends’ photos on Facebook. This new tool, says Microsoft, is essentially an expansion of the photo experience Bing introduced as part of Bing’s redesign earlier this year. Today’s launch takes this experience a bit further, though, and you can now browse your friends’ photos, ‘like’ them and add comments to them right on Bing.

Previously, clicking on a link to a photo in Bing’s sidebar would take you to Facebook. The experience actually looks quite a bit like Facebook’s standard photo pages, with your friends’ updates and comments on the right and a large version of the image on the left. 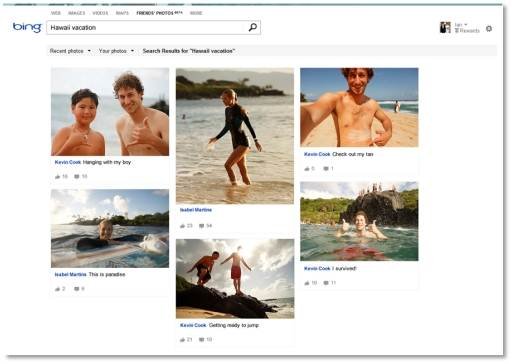 Bing and Facebook always had a very close relationship and Microsoft has worked hard to highlight this alliance in Bing’s social sidebar (Google, after all, doesn’t have access to this data). Indeed, while Bing offers a landing page for the new search feature, there won’t be a link to it from Bing itself. As a Microsoft spokesperson told me, the company expects that most people will engage with this tool through the sidebar.

Facebook’s users currently upload over 300 million photos to the social networking site every day and as Microsoft’s Ian Lin, a senior program manager on the Bing Social team, notes, “photo viewing is one of the most popular things people do on Facebook.”

Bing, of course, will respect your Facebook privacy settings and will only show images that you and your friends have made viewable. Your photos, Microsoft stresses, will never be shared with the public. 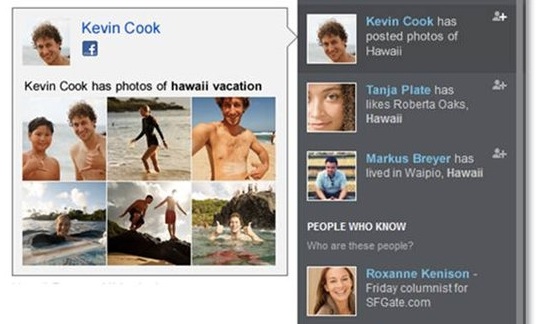