Choosing this year’s Startup Battlefield winners is a tough job. We’ve had a record number of applications for our startup competition happening in two weeks at Disrupt SF, and the 30 companies we’ve picked out of the inbound are exceptionally strong.

Thankfully, we have an experienced team of entrepreneurs and investors on board to help. Marissa Mayer has graciously agreed to continue her traditional role as a Disrupt finals judge, even though she’s just taken over as CEO of Yahoo (and is about to have a child!). Two other long-time finals judges are also back. Accomplished Sequoia Capital partner Roelof Botha will be offering his incisive wit and seasoned insights to the presenting entrepreneurs. And the man himself, TechCrunch founder Michael Arrington, will be on board dishing out startup advice in addition to conducting his iconic interviews.

Chris Dixon, the NYC-based entrepreneur/investor/tech pundit, is flying out to join us from the East Coast. We also have the privilege of SV Angel head David Lee’s early-stage wisdom. And, who better to round out the team than David Sacks — you know, the founder of TechCrunch 50 winner and $1.2 billion Microsoft-acquired Yammer.

Get your tickets here while you still can!

As always, if you are interested in becoming a sponsor, opportunities can be found here. Students can also come and be a part of Disrupt SF, for $300 here.

Marissa Mayer is CEO of Yahoo.

Marissa’s contributions and leadership have been recognized by numerous publications including the New York Times, Newsweek and BusinessWeek. Fortune magazine has listed her for the past 3 years on their annual Most Powerful Women’s list, and she was the youngest ever to appear on the list. In 2010 Marissa was honored by the New York Women in Communications, Inc. with a Matrix Award. She also been named a Young Global Leader by the World Economic Forum and Woman of the Year by Glamour Magazine. Marissa serves on the board of various non-profits, including the Smithsonian National Design Museum, the New York City Ballet, San Francisco Ballet, and the San Francisco Museum of Modern Art.

Prior to joining Google, Mayer worked at the UBS research lab (Ubilab) in Zurich, Switzerland, and at SRI International in Menlo Park, California. Marissa received her B.S. in Symbolic Systems and her M.S. in Computer Science from Stanford University. For both degrees, she specialized in artificial intelligence.

Roelof Botha is a partner at Sequoia Capital focusing on financial services, cloud computing, bioinformatics, consumer internet and mobile companies. Roelof sits on the boards of Aliph, Eventbrite, Mahalo, Meebo, Nimbula, Square, TokBox, Tumblr, Unity and Xoom. Roelof is a champion of consumer Web plays and considers himself as “just another consumer”.

Roelof’s previous investments at Sequoia include Insider Pages and YouTube.

Prior to joining Sequoia Capital in 2003, Roelof served as the Chief Financial Officer of PayPal during its sale to eBay. Earlier, he worked as a management consultant for McKinsey & Company. Roelof is a certified actuary (Fellow of the Faculty of Actuaries).

Roelof was listed as #23 on Forbes’ 2007 Midas List, which identifies venture capital’s most successful professionals.

In 1999, he left WSGR to join RealNames as VP of Business Development and General Counsel. In 2000, he cofounded Achex, an online payments company, that was later acquired by First Data Corp for $32 million. Achex is now the back end infrastructure to Western Union online. Arrington worked in an operational role at a Carlyle backed startup in London, founded and ran two companies in Canada (Zip.ca and Pool.com), was COO to a Kleiner-backed company called Razorgator, and consulted to other companies, including Verisign. In May 2008, Time Magazine named Michael Arrington as one of the world’s 100 most influential people.

David O. Sacks is the Founder and CEO of Yammer, Inc. Sacks was previously the COO of PayPal until its acquisition by eBay. Subsequently, he founded Geni.com, a family tree building and networking website. He also produced and financed the hit movie Thank You For Smoking. David recently sold Yammer to Microsoft for $1.2 billion.

David holds a B.A. in Economics from Stanford University and a J.D. from the University of Chicago Law School. 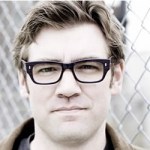 Chris Dixon is a Partner and co-founder of Founder Collective. He is also a contributing writer for TechCrunch.

He previously was the CEO and Co-founder of SiteAdvisor, which was acquired by McAfee, and Hunch, which was acquired by eBay. In addition to his work with Founder Collective, Chris is a personal investor in early-stage technology companies, including Skype, TrialPay, DocVerse, Invite Media, Gerson Lehrman Group, ScanScout, OMGPOP, BillShrink, Oddcast, Panjiva, Knewton, and a handful of other startups that are still in stealth mode.

David Lee is the Managing Member at SV Angel, where Ron Conway is a Special Partner. SV Angel focuses its investments on early-stage consumer media companies.

He focuses on investments within the consumer Internet, mobile, video and other IT industries. Prior to SV Angel, he was at Google, where he led new business development efforts in video, media and content/data partnerships. After Google, he led all business development-related efforts for StumbleUpon.

Recently he was a partner at Baseline Ventures and also an attorney at Morrison and Foerster representing high-tech companies in commercial transactions. He is a graduate of Johns Hopkins, NYU (JD) and Stanford (MSEE), where he was a National Science Foundation Graduate fellow. He is an individual investor in Square, WePay, Chomp and EQAL; an adviser at ScanScout, SocialDeck (acq. by Google) and Rupture (acq. by EA); and was on the board of directors of BookFresh (acq. by Sugar Inc.).