So this is how it feels.

Last night I attended an event for a local startup that was very excited about an upcoming product launch and coming out of beta, making its service openly available to everyone. The official launch was scheduled for and embargoed until next Tuesday, but the event was meant as a celebration and an opportunity for writers to get a more in-depth look at the service, meet the founders, and talk to some of its users.

The startup is doing something really cool, and has a ton of users who love it. People keep coming back, a validation of its business model and the idea behind it. The big problem it faces right now is that it just can’t keep up with demand, but that’s a good problem to have right? Scale a bit more and the sky’s the limit.

There was beer and wine and a little bit of food. There was cake. Somebody drove a car with a pink moustache on the front into the middle of the office and some people hopped out and talked about their experiences with users. It was a joyous occasion, a time for everyone to relax and celebrate all the hard work they had been putting into it, to breathe a little, let loose.

Then, an hour later, someone posted about the event and the upcoming launch, and shit went sideways.

I didn’t realize the embargo was broken until about 12 hours later. After the launch party concluded, I went to another event, and blissfully ignored all RSS feeds and emails. It was a good night. I got drunk. I danced a little. I went home and passed out. Then I woke up this morning and found this in my inbox:

Thanks so much for coming last night. It was great to meet you.

I know John mentioned an embargo but given that the information is now already out there, please feel free to post as soon as you’d like. I’ve included the info we covered below – please let me know if you have any additional questions.”

I searched Google, found the offending post, and realized how late it was to follow up. It wasn’t like the thing had just been published. I would be following someone else’s story half a day later, and no one wants to do that. I wrote back, explaining this:

“This is really far from ideal. At this point, my inclination is not to cover, considering other reports were filed 12 hours ago.”

I heard back a few minutes later. Was there anything that they could offer, something to make the story relevant to the audience? Something to get some coverage? This was a really big deal for them, and they certainly didn’t give anyone permission to break the embargo, and is there anything they can do?

Probably not. I mean, how do you come up with a different angle for something as simple and straightforward as a product launch?

The launch that never was 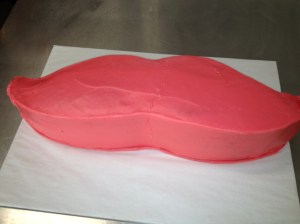 So I was conflicted. I really wanted to support them and get the word out. Sometimes you’re ambivalent about a startup, and so it’s not a big deal to just let that one go. But this was a product and a team that I like. I want them to succeed.

But I’ll be damned if I’m gonna follow someone’s story 12 hours after the fact.

Apparently I’m not alone. I’m sure I’m not the only one who got that email this morning. I’m sure other attendees did as well. I’m sure there were other writers who might not have even been at the event, but still were planning to write about it next Tuesday. Even so, do a Google News search for “Lyft” today, and there’s just that one story.

Sitting there alone, ruining it for everyone else.

I’ve broken embargoes in the past. Everyone has. Ask any reporter, and if he tells you he’s never broken an embargo, you know that he’s lying. Sure, it’s not a mark of personal pride, but it happens. The two big times I’ve done it, both were me messing up the date a story was supposed to run on. Not even the time, but the date. Both times I ran the story 24 hours early. A whole fucking day.

So yeah, it happens.

The situation, of course, is more complicated than that. I write for TechCrunch, which famously has an issue with embargoes, or used to anyway. I still get emails from PR people asking me about our no-embargo policy, and I wonder if they even bother to read the site, or if they’ve worked with any of us recently.

For the most part, though, all the TechCrunch writers are cool with embargoes. I don’t know a single person here who doesn’t accept them and we generally all play by the rules.

But I’m also the newest guy here, and I’ve definitely been on the other side of things. It would drive me crazy when I’d write a story only to see it pop up on TechCrunch 15 minutes before the scheduled embargo time. Sometimes earlier. In those cases, I’d usually get a sheepish email from a PR person who may or may not have been complicit in the timing, explaining that oops, someone went early, I’m free to post whenever.

And then, as now, my response would usually be the same. I’d spike the story before following someone else’s broken embargo. What can I say? Reporters are a prideful bunch. No one ever wants to follow someone else’s story.

But you know, I think about how happy everyone was last night, the sigh of relief they must have been feeling. How they were this close to telling the world about the new Android app and opening up the service to everyone in San Francisco. How they are rapidly expanding their fleet. How awesome the culture of the service is. How extremely positive their early results have been. How important this event was for them.

I think about how proud they were, and how they wanted to share that with everyone else. How they invited us into their office to do so. Shared cake, shared wine. Laughed, smiled.

And I think about how the thing these people have been working toward all this time was kind of for naught. Yes, the product will still exist, and yes users will still eventually find out about it. But this is not how the story was supposed to play out. This was their big coming out party, and no one showed up.

UPDATE: I ended up writing about Lyft’s launch after all. You can read that story here.