Applifier, a Helsinki and San Francisco-based mobile-social gaming network, added a lot more richness to its user experience this week with Everyplay, a way for gamers to share and replay their greatest moments. Everyplay lets gamers share their favorite titles by recording and replaying sessions of games — like a time they might have gotten a high score.

The company, which is backed by $2 million from MHS Capital, Profounders, Tekes and Lifeline Ventures, says it has racked up interest from about 100 developers in the Everyplay beta so far this week.

The company follows a long line of predecessors like OpenFeint and PapayaMobile, which are all trying to build a mobile-gaming platform which has enough network effects to earn revenue from distributing and monetizing games.

The very biggest multi-billion dollar Japanese gaming companies like GREE and DeNA are trying to do this too, not to mention Facebook, which recently launched ads in the mobile news feed for third-party apps. The very top mobile developers often each spend several millions of dollars per month in marketing to promote their work. They use gaming networks like Applifier among many other channels.

Developers can also highlight videos from players on their game page. Gamers can also turn on the front-facing camera to show their reactions when they’re playing the game, but it isn’t on by default.

Before it transitioned onto mobile platforms, Applifier cross-promoted Facebook games through a special wrapper. Then Applifier moved onto the Android and iOS platforms, following a slew of game developers that migrated as Facebook became a more challenging and expensive environment to build and distribute games within.

Everyplay is an extension of Applifier’s mobile gaming cross-promotion network. It faces competition from a Y Combinator-backed startup called Kamcord from the most recent class, that also lets gamers record moments and share them. 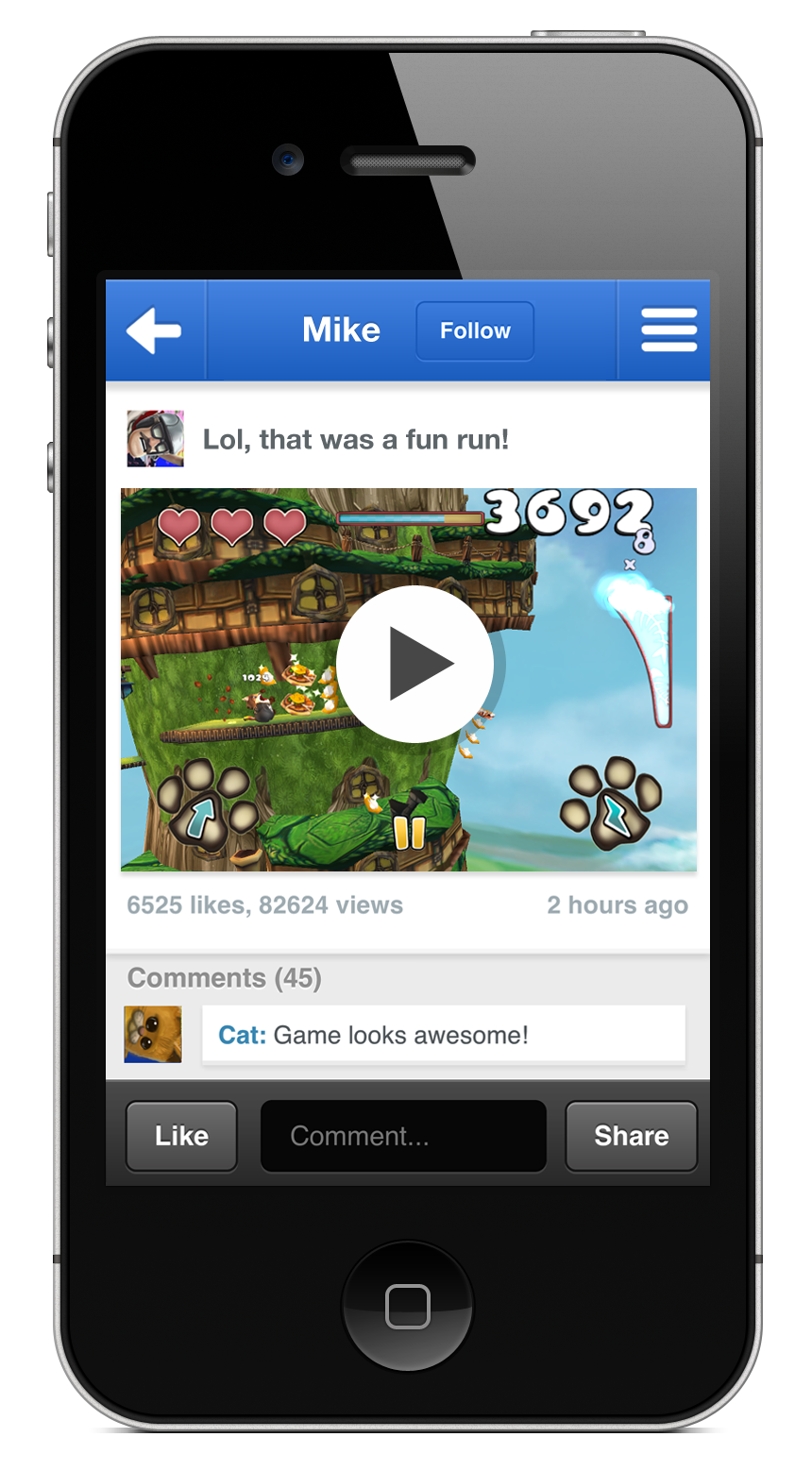