Google, along with the rest of the Internet, may be partly responsible for how ubiquitous English has become, but Google is also trying to counterbalance that by making it easier for people to interact in other languages. Among the latest moves, the search giant has created a tool that automatically translates Arabizi — Roman-character based Arabic language slang — back into Arabic script. The focus on Arabic also helps the company in a wider push it is making into the Middle East and North African markets.

“Although I do not like writing [in Arabizi] and I would always recommend using the Arabic language directly, some users may not have a keyboard in Arabic…so these tools facilitate the process and maintain Arabic language content,” writes Fayeq Oweis, a director in Google’s department of Arabic language and localization, in a blog post announcing the new Arabizi tool. As part of Google’s Input Tools translation service, unveiled in July, the Arabizi tool can be used with Google products like search, Gmail and Google+, but also across the rest of the Internet, and even offline.

Although some of Google’s Input Tools have made their way to Android, Google services and Chrome, the new Arabizi feature (downloadable here) is currently only available for Windows.

The move to extend support for Arabic speakers comes at the same time that Google is targeting Middle East and North African markets: its so-called “Arabization of the Internet” strategy. The company recently started a channel on YouTube dedicated to Ramadan programs to coincide with the religious holiday. Google’s MD for MENA, Ari Kesisoglu, recently noted that the region generates 167 million video views per day, second only to the U.S.

The addition of Arabizi is part of Google’s push to make its brand and services increasingly more localized — and also more ubiquitous. It follows several other initiatives to help Google better serve non-English speakers.

Last week, Google added voice search support for 13 new languages for its Android devices. And in June, Google also helped launch the Endangered Languages Project, a database and resource aiming to preserve some 3,000 languages that are in danger of being lost forever — partly because the march of technology makes them less and less useful to the cultures that traditionally would have used them.

Arabizi is a chat-based alphabet that arose out of text messaging over the Internet and mobile, but it has become a popular way for Arabic speakers to communicate more widely as well. Other languages that are supported by Input Tools include Russian, several India languages including Hindi, and Hebrew. Yet to be included are languages from further east such as Mandarin, Cantonese, Japanese, Korean or Thai.

The new Arabizi language support will mean that users who have become comfortable typing in the combination of Roman letters and numbers that have come to symbolize the particular pronunciation of Arabic, will now be able to call up the word in actual Arabic script from a menu. This isn’t the same as encouraging users to all use Arabic but at least meets that goal halfway. 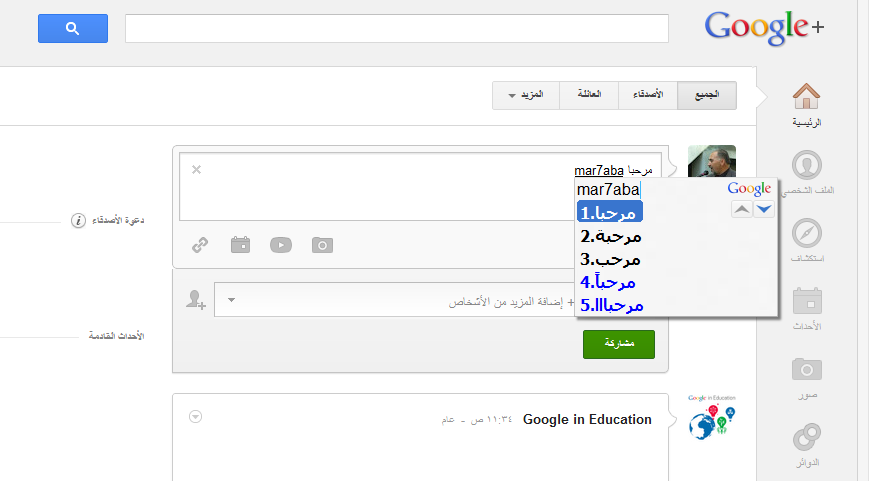