Alcatel-Lucent is releasing a methodology for APIs that it is making available through Creative Commons. It is part of a new consulting practice the telecommunications company has established to help its service partners and enterprise customers develop, deploy and maintain APIs.

Alcatel-Lucent has made APIs a focal aspect of its business by offering them to carriers and other service providers. Through this work, it has provided the company with enough experience to know what issues companies face when they embark on an API strategy. They are packaging that experience into the methodology and its consulting service. Look to the Alcatel-Lucent blog for updates about the methodology.

The new initiative is testament to the widespread adoption of APIs. You see this in the growth from companies such as Apigee and Mashery which have built significant businesses by offering API gateways.

If unfamiliar with the concept, APIs act as interfaces between applications. They’ve become immensely popular through services such as Twitter, which made APIs widely available when the company launched.  Those APIs helped spawn apps such as Tweetdeck, which Twitter later acquired. Programmable Web now has almost 7,000 APIs in its directory, up from 5,000 in February. Programmable Web is owned by Alcatel-Lucent.

Alcatel Lucent is making the methodology available through Creative Commons as a way to create a rising tide of customers who then have the knowledge and confidence to invest in an API strategy.

Even though APIs are more widely accepted, most companies still do not have the knowledge and experience to craft a successful strategy to take advantage of changing business models.

Even the most experienced Web companies have problems: 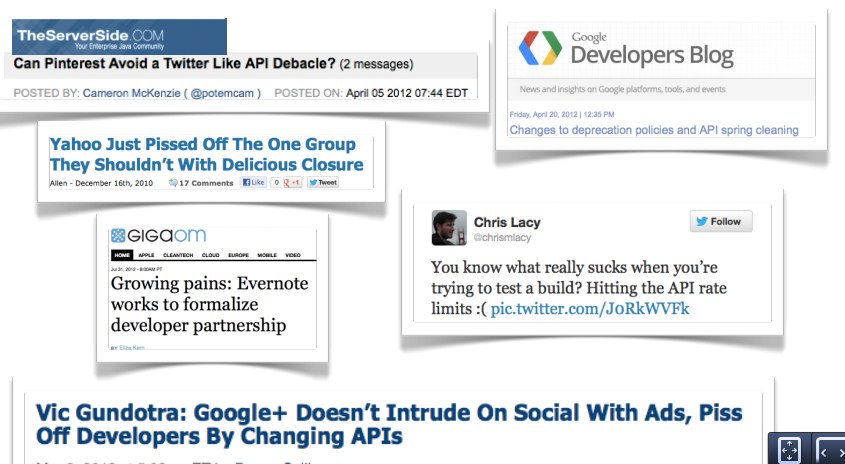 In the post-war boom, the construction of U.S. highways led to the modern trucking age that delivered good to massive distribution centers. Today, the model is shifting to online commerce and the distribution of data through APIs. It’s these APIs that allow for the most traditional of companies to become service providers. For instance, insurance companies now can be in touch with their customers more than once a year by offering apps that use APIs to surface the best gas deals in any geographic region.

But there are all sorts of pitfalls that businesses face when they develop their own apps. They may turn off an API and launch a new one only to find developers screaming that they still need access to it. Instead, companies need to deprecate APIs over the span of a year as Google has recently begun to do.

The Alcatel-Lucent API Lifecycle Methodology will be designed to help companies develop a repeatable process. It’s also the core to the company’s consulting business: 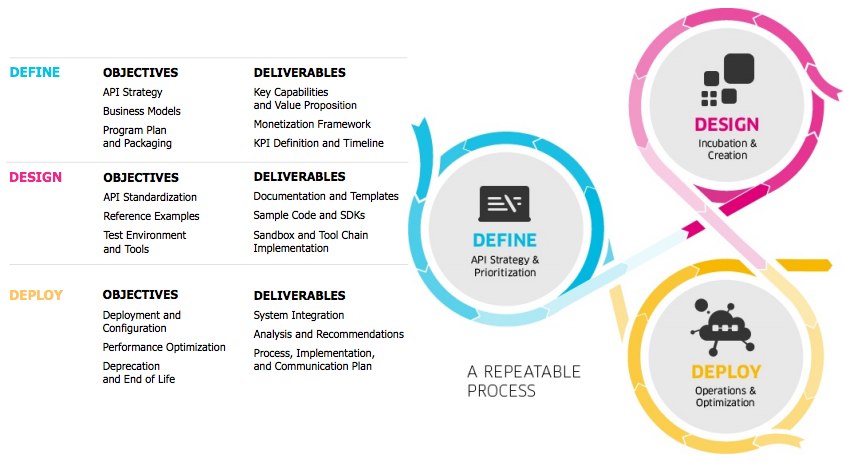 Laura Merling of Alacatel-Lucent says that companies need to win over developers. The developers will build off the API and by extension increase the distribution of the company’s app. To win them over means knowing API best practices.

“If you want to win over developers, you need to understand the process,” Merling said.

Kin Lane, who writes the blog, API Evangelist, said that up until now, the debate around APIs has been dominated by technical pundits. He added:

Alcatel’s lifecycle methodology moves the conversation forward into solid business, legal and marketing approaches that are critical to successfully deploying APIs and building healthy developer driven ecosystems. This move shows the API industry has matured and is ready for prime time. And the fact that Alcatel released the methodology under a creative commons license shows they get the true essence of the API movement.

I agree with Lane. Alcatel-Lucent has developed something here of real value. It shows how far the market has come. At its core is a more universal belief in openness. It’s that cultural shift that will lead to the continued propagation of APIs. All we need now is for more companies to learn the best way to develop them so their apps get distributed far and wide.