Like everyone else in New York, I tend to have strong opinions on what places my friends (and foes) should or should not frequent while in NYC. While I don’t claim to know everything about this city and what treasures, I’ve learned a thing or two about differentiating the good from the awesome and bad over the last 6+ years.

A recent influx of friendly faces from San Francisco has prompted me to compile a list of apps to make the transition that much easier for those new to the city. Time is money and we definitely don’t have enough of it here. So here are a handful of iOS apps for everyone and anyone but mostly for Alexia to which this list is dedicated. Hopefully others find this useful and feel free to add your own recommendations.

HopStop: Despite the grid and easy to use subway system, Manhattan can be a daunting and intimidating city to traverse if you have no idea which direction is North or West.

HopStop can be an invaluable tool and even before there was an app, I used the online portal to find my way around the city. The free app will get you from point A to point B whether you’re taking the bus, subway, walking or biking regardless of which borough or neighborhood you’re trying to escape from.

Exit Strategy: So, you’ve gone underground to take the train but you’re not sure which car to board or which exit you need to take to get to where you’re going, right? Exit Strategy is probably the most used app I’ve purchased from the App Store and I’ve purchased a ton over the years. Depending on which train and which direction you’re heading, this $3.99 app shows you which car you need to board if you’re looking to make a fast exit out of the subway or transferring to a different train. Best of all, it works even when you’re offline and includes bus maps for all five boroughs. 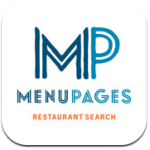 MenuPages: What else is there to do in NY but eat and drink?

MenuPages is what everyone relied on for restaurant reviews before Yelp hit the scene years ago. The app itself is pretty crap and buggy but it does have menus on hand for every restaurant I’ve ever looked up and it’s free. It’s integrated with Open Table, so you can make reservations straight from the Menu Pages app. The app works in NYC, SanFran, LA, Philly, Boston, Chicago, DC and South Florida.

Seamless: Unlike San Francisco, New York never sleeps and you can get just about any type of food delivered at any hour. Whatever food you want delivered to your door at all hours. Does it get any better? Trust me my friends, it does not.

While your best luck is in NYC, Seamless Food Delivery and Takeout works in more than 45 cities. Chances are, if your city has several takeout joints, this app will connect you with the food.

FreshDirect: You remember Webvan, right? Of course you do. A year after Webvan shut down in 2001, FreshDirect launched in New York  — delivering fresh groceries that were often cheaper than the corner bodega.

If you have the time and space to cook or perhaps you want high quality groceries delivered to your door when you want them, then look no further than FreshDirect. Not only is it convenient but they even deliver booze! To your door! Like gods!

Immaculate Infatuation: Yelp users in New York are nothing like the foodies in San Francisco where the service is actually useful.

If Eater or New York Magazine ever come out with an app, I hope it’s half as good as Immaculate Infatuation, which has become my go to for restaurant reviews and recommendations when out and about. Add any number of filters for a curated experience whether you’re looking for a drunk brunch spot or a foam party.