Great design isn’t always eye-catching. More often than not you may not notice it, because in its context, it makes sense. And if it’s built user-first, it’s simple and intuitive. You may not be familiar with MetaLab, but the Canadian design firm ascribes to this clean and functional design mantra, and because of it, have worked with Google, Disney, TED, NBC, CBS and so on. Fluid, the company’s Tumblr theme, has become one of the most popular themes on the platform.

The company initially started out doing web development and design consultancy, but, over time, has diversified into digital goods and software. Its task management tool, Flow, launched last March and was a near-instant success. As a result, its software team spent the better part of the last year devoting time to Flow, diverting attention away from Ballpark, its small business management suite and productivity app. But that officially ended today, as MetaLab announced the relaunch of Ballpark, which includes a complete redesign of the product from the ground up and the addition of time-tracking and a new iPhone app.

The relaunch today is really the first significant iteration the company has introduced since the product debuted back in 2009. For those unfamiliar, Ballpark is geared towards small businesses and freelancers, endeavoring to give them everything they need to run their business, like the ability to send estimates, track your time, invoice your clients and keep track of cash flow. It’s part CRM, part invoicing and part productivity, rolling bits and pieces of operations management into a single dashboard, under one UI.

And as we’ve come to expect from MetaLab, the design is pretty killer. It’s clean and simple, but not in a way that seems over-designed. MetaLab co-founder Andrew Wilkinson tells us that time tracking, in particular, was the most requested feature, so the team dedicated quite a few hours to making it sing. Built for teams of any size, the tool enables staffs to stay on time (setting timed deadlines for projects, for example) either from the Web or on its new app. The feature sees MetaLab taking dead aim at Harvest, which offers one of the better, dedicated time tracking apps out there.

On top of that, it’s updated its invoicing, allowing clients to pay with PayPal (and soon Stripe), and take advantage of an all-in-one “Client View” section, which includes estimates and a new discussion feature, which allows teams to discuss projects and progress with their clients. Then there’s reporting that allows payment and cash flow monitoring and has time tracking integration.

It’s a great tool for freelancers, contractors and small business owners, because it’s extremely simple to get set up and use, focusing on the most important basics. Plus, it looks great and it’s affordable. MetaLab offers a 30-day free trial, working up to $13 per month for individual use (unlimited estimates and invoices, time tracking, PayPal payments) and team at 10 users and “Agency” at $100/month for unlimited users.

It’s this package that inspired some cheerleading (and hilarious) quotes from designers and illustrators, which appear on the app’s homepage. [“Ballpark has been the one and only service that’s allowed me to manage my freelance career clearly and efficiently. Plus, it’s baseball themed.”] 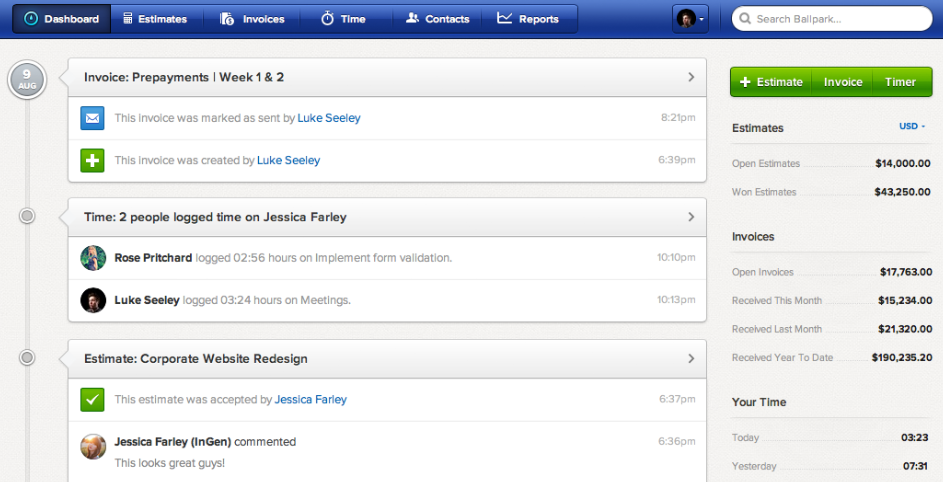 Wilkinson and team also officially revealed another arm of MetaLab today, which sees the company embarking on a new initiative to help startups — not in the traditional venture capital approach (although it does take equity and invest cash) but by providing design consulting and actual work, strategy and development, marketing, etc. The initiative is called Design Capital and “isn’t about the money,” says Wilkinson, it’s about providing fuel for startups that need it.

In MetaLab’s words, “We won’t be writing big checks or pimping our companies as acquisition targets, but instead using our wealth of experience and amazing team to provide our companies with the resources to build simple, useful, and profitable web-based software.”

The company has grown fast thanks first and foremost to its design consultancy, allowing it to expand into software which added more capital (Flow was bringing in over $500K in recurring revenue at the beginning of the summer), but this has resulted in MetaLab getting to a point where startups can no longer afford to use its services. Because it can’t provide help in that way, it plans to do so through Design Capital.

The mini design accelerator took root last year, when the company unofficially made its first investment in MediaCore, a company we covered last year that has since piggybacked on help from MetaLab, leading to a new round of funding raised last week.

The second startup to sign on to MetaLab’s design-for-equity initiative is Kiind, which is building a platform to connect people with great businesses through gifting — but is still in the very early stages of development. The design services in exchange for equity approach is definitely uncommon in the industry, but MetaLab has built the kind of infrastructure and reputation that makes it an appealing equation, especially if the startup has holes in design.

All in all, the new Ballpark is a sight for sore eyes and it’s great to see MetaLab trying something new with Design Capital. The design investor model may not be for everyone, but it works for MetaLab. As long as its four “divisions” don’t end up spreading the company too thin. 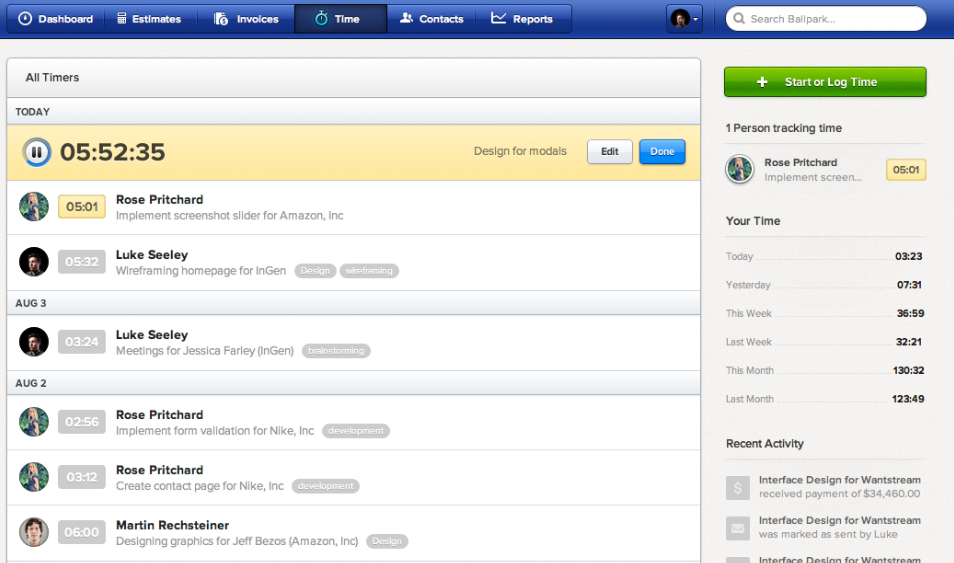