Warning: There’s no real tech news reason I’m writing this, other than the fact that it’s sort of ridiculous that humans are this way and maybe that’s an opportunity for some startup to tap into.

I arrived at the Aol 770 Broadway offices on Thursday and was met with the above glass situation at the TechCrunch NYC headquarters. After several moves, the TechCrunch team is on the sixth floor, in an area that I’ve been lost several times trying to find, where I couldn’t see my co-worker Peter Ha because of this damn frosted glass.

So I got fed up, and because I am driven, I said I would remove the glass partition between myself and the rest of New York TechCrunch and flagged down a guy wearing a tool belt to do so. And that guy told me to ask his boss and his boss wrote me an email saying no, because it would “impact the overall ascetics (sic) of the site.”

Reading the email denying my request was like sticking a shard of that frosted glass into my newly NYC transplanted heart.

Context: In our SF TechCrunch office we have multiple dogs running around free and everyone, all the editors, writers, operations people, developers, etc, sits together in the main open area. And there’s no hierarchy and there’s free food and we all love each other and are so creative. When I do something silly like turn “Call Me Maybe” into my ringtone for the shit of it or am really loud everyone laughs instead of rolling their eyes.

(Okay, maybe Jon Orlin rolls his eyes, but I’m used to it and love him anyways.)

“It’s not perfect but then Solzhenitsyn wrote incredible work from the Siberian gulag,” a friend texted when I complained about the sheer tameness of Aol Area 6B. Okay sure, but did that gulag have cardboard cutouts of Arianna Huffington all over the place?

Anyways, long story short: The glass got taken down today because our current bosses are not idiots. And Aol really has made good on its original promise to give us resources, that’s why we have 19 cases of Diet Coke in the SF office. :)

But, I still can’t get over how bizarre this all is: All the status anxiety surrounding cubicle space (Apparently it’s really trendy now to have a “lounge” at Aol instead of an office. Sigh.), including my own. It’s like the high school lunch table, but for adults.

I wonder what would happen to the world if all this energy we spend office space power jockeying was applied to actually getting some work done.

Anyways, here’s my new view. And yeah, that’s what you think it is. 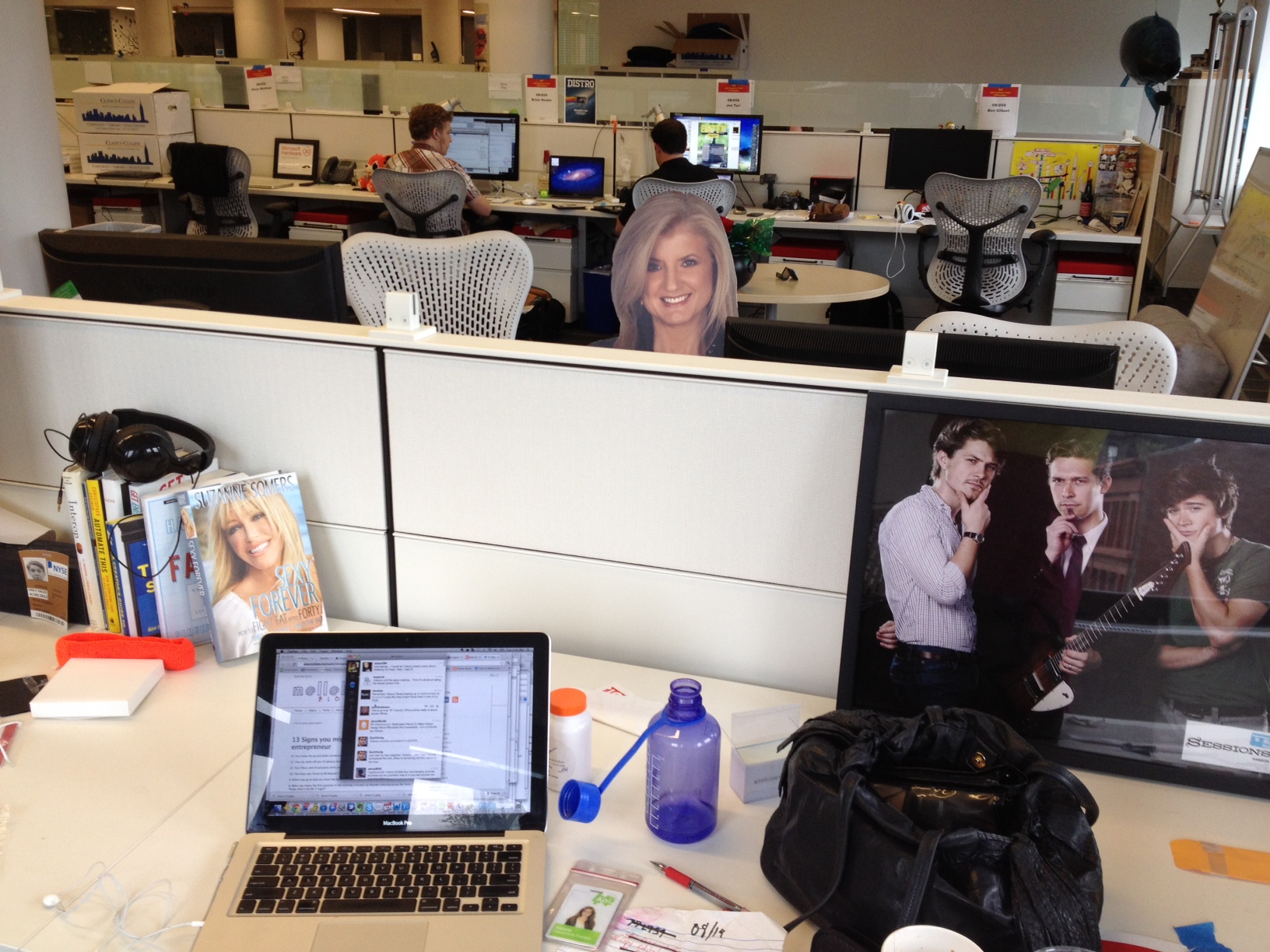