Once school kicks into high gear it may seem like there’s no end to all the work that needs to be done, but rest assured — there will come a time when you won’t find yourself buried in a textbook or furiously writing papers. The question then is, well, what do you do with yourself?

Sure, you could go out, meet new people, and generally expand your horizons, but there’s something to be said for the simple pleasure of vegging out with video games. That said, here are a few gadgets that should help fill those brief, wondrous moments between exams and assignments. 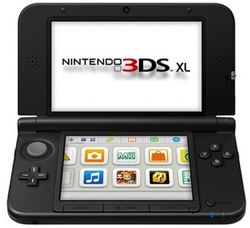 Before anyone gets the urge to cry “fanboy!”, allow me to explain why I chose this over the Vita. Price is at least part of the equation (the 3DS XL costs $50 less than its Sony-sourced rival), but the kicker for me comes down to content — as pretty and powerful as the Vita is, its software catalog leaves a bit to be desired.

The 3DS XL doesn’t suffer from that problem quite as badly (compatibility with DS games comes in handy), and the 3D functionality opens up the door for some really novel gameplay experiences. Plus, thanks to its thoughtfully redesigned frame, it’s a much more comfortable way to indulge your long-running Pokemon addiction whenever the urge strikes (not, uh, that I would know anything about that). 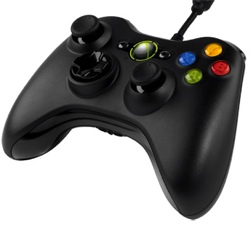 What’s that? You don’t own an Xbox 360? Well, fortunately for you, Microsoft’s bog-standard wired 360 controller is an utter joy to use when its connected to that computer of yours. Sure, there’s a strong argument to be made for the superiority of the keyboard/mouse combo, but some PC games just feel better with a controller in hand (I’m looking at you, Just Cause 2).

Perhaps more importantly, Microsoft’s controller makes for a great companion into the wild and woolly world of old-school console emulation, but that’s a super-nerdy rant that’s best saved for another time. The retro aficionados among you may prefer ThinkGeek’s NES-inspired USB controller, but an extra $10 ultimately nets you a more versatile (and comfortable) way to play. 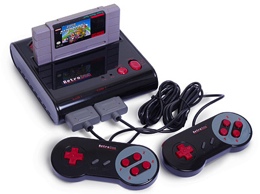 Emulation is a wonderful thing, but sometimes there’s nothing like blowing in the business end of a cartridge and preparing to spend the next few hours wallowing in nostalgia. Enter ThinkGeek’s RetroDuo game console, a tiny, glossy black hunk of plastic that plays both SNES and NES (and Famicom/Super Famicom) games with aplomb.

Of course, its usefulness is hampered if you’re not sitting on top of a huge stash of old-school Nintendo games, but there’s an easy fix for that — take $60 (the price of an average, big-name title for the 360 or PS3), cruise around eBay, and see what treasures you can dig up.

Some Kind of Cable Lock 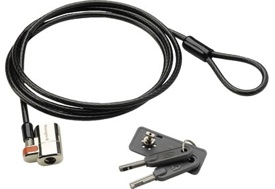 Enter the slightly boring, practical option — unless you’re absolutely sure your new friends are above reproach, it may be worth looking into a way to lock down those pricy game consoles. The slim new Xbox 360 has a standard Kensington lock connection point on its rear end, but PS3 and Wii owners aren’t quite as lucky.

Ah, but there’s still hope. A quick look around the web reveals that there are a handful of aftermarket options that should do the trick — the padlock-secured offerings on NewPCGadgets are worth a look if you plan to take the cautious approach. 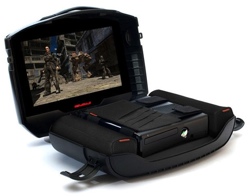 Growing up as a gamer teaches you to always be prepared, whether it means carrying around some extra AA batteries for the ol’ Game Boy or keeping your eyes peeled in Rehashed First Person Shooter 5.

The self-contained Gaems system takes that a few steps further — it allows gamers to lug around their 360 or PS3 in a secure case that also includes a 15-inch LCD screen and stereo speaker system for gaming in different locales. Just plug in the included HDMI cable and connect the package to a power source, and voila: now it’s a snap to venture outside your room and still grind in Final Fantasy XIII-2. The only real downside to this portable preparedness package is its hefty price tag, but I have a feeling some die-hard gamers will bite the bullet anyway.

And, because I’m really bad at following instructions, here’a bonus! 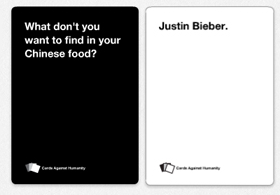 Right, it’s not a video game, but you can download a PDF of all the (generally offensive) cards and print them out at the computer lab. The end result is a rip-roaring good time that makes for an awesome icebreaker, especially during those first few awkward days.

For those of you who aren’t familiar with the game, think of it as Apples To Apples for utter jerks. Seriously, unless your moral compass is set to “downright Puritan,” you’re going to have a blast.