Since it first appeared earlier this year, Boston-based educational startup Boundless has been on a mission to ensure that college students have a free alternative to the pricey and bulky world of physical textbooks. The startup believes that an oligopoly of textbook publishers has been driving up costs for years (as the four top publishers currently control the lion’s share of the market) and so it set out to change that. Naturally, as a result, Boundless has found itself on the receiving end of litigation — courtesy of three of those top textbook publishers.

Leaning on the $8 million it raised in April from Venrock, Nextview, Founder Collective and Kepha (and nearly $10 million total), the startup has since gone on the offensive, filing a motion to dismiss two of those claims last month, as it buckled down to fight its accusers.

“We aren’t intimidated by the lawsuits,” says co-founder Ariel Diaz, “as their sole purpose seems intent on stifling innovation from edtech startups like ours.” So, in spite of a legal morass, Boundless has pressed on, focusing on developing its product and push forward with its plans to overturn the textbook establishment.

Today, Boundless is officially coming out of private beta and launching to the world, which includes a brand new website, interface, additional content as well as the launch of its first “Open Textbooks,” which are available at the outset in seven subjects.

But to give you some quick background on Boundless: During its private beta, the startup emerged as a product (or proponent) of the Wikipedia Era. In other words, if we can say that the free, open and crowdsourced encyclopedia has played a significant role in democratizing (and lowering the price) of the world’s information, then Boundless can be seen as carrying that torch on to education.

In practice, this means that the startup works directly with Open Educational Resources (OERs) to curate and then connect college students to the openly-licensed and free educational content that’s been created by educators and institutions over the last two decades. 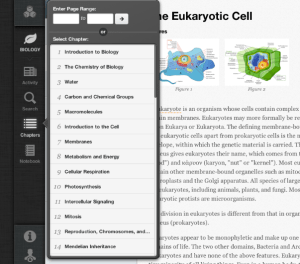 OERs, for those unfamiliar, make an enormous amount of educational content (including courses, course materials, content modules, learning objects, collections, and journals) available through open-licenses, which we’re now seeing increasingly make their way into open and distance learning solutions. The startup takes the best of the material from those resources and offers a free educational platform/portal that helps students select their class and walks them through what they should be studying and how, while pushing interactive multimedia content and class materials to their mobile devices.

With its public launch today, Boundless is expanding on its earlier iterations with a set of new features, including improved navigation and intuitive search options to make studying faster and easier as well as a customizable Notebook that students can use to study and prepare for exams, highlight content and take notes. The startup has also converted its tools to HTML5 with the goal of providing a user experience similar to that of a native app but which allows students to open their materials, coursework and textbooks in any browser while working on their iPad or any other mobile device.

At the outset, Boundless offered a small group of subjects, including Biology, Economics and Psychology, and today the startup is expanding its suite to include Writing, American History, Physiology and Sociology, bringing its total to seven — with more on the way.

During its year-long private beta, Boundless tested its platform with students at over 1,000 universities, with students rating the experience 50 percent higher than that of physical textbooks and, on average, receiving a grade of B+ — with 80 percent of users saying they got the grades they wanted (or higher).

While these results have been encouraging for the startup, it still has a long road ahead. Last month, it filed a motion to dismiss two of the initial claims (for false advertising and unfair competition) from textbook publishers. But it has to sort those out before moving on to three copyright claims, which Diaz said he believes “have no merit,” and will be formally responded to after the current motions are resolved.

The startup will be tied up in litigation for the foreseeable future, and on top of that, it now has to leverage back-to-school season to find new users for its platform and open digital textbooks. Because all of the above is free, the pricing will no doubt be appealing to students buried under textbook and course fees. However, the startup still has some work left to do to prove that that its interactive platform and device-agnostic functionality can overcome any stigma there might be around choosing free, open educational content over the trusted (walled garden) world of the top textbook publishers.

Students may prove easier to convince than teachers and parents, who might be given more toward skepticism, but that remains to be seen. Boundless, naturally, is convinced that open and free are the future:

“In 10 years, we’ll look back and think how crazy it was that we forced students to pay over $1,000 per year for general textbooks,” Diaz said, “just like how today it now seems silly to ask someone to pay for a general encyclopedia.”

More on Boundless at home here. 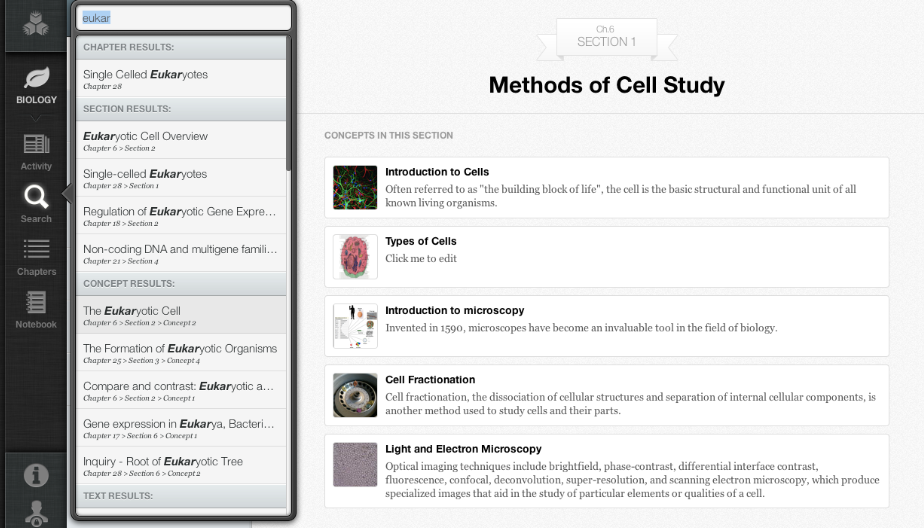