Because at this point everybody’s doing it, Box CEO Aaron Levie is going to be at Disrupt SF this September. Levie will be joining the other esteemed and as of yet unannounced speakers on our Enterprise panel.

Seeing as Enterprise is going through a revolution, a “consumerization” if you will, it promises to be a juicy discussion — sexy even.

Levie is best known for dropping out of USC to start his cloud storage company Box, which just raised a hefty $125 million at a $1.2 billion valuation. But he is also notable for providing much amusement and wisdom to anyone who follows him on Twitter, posting viral-ready tweets like “Linkedin beats earning estimates, saves the Internet” and imparting pithy startup wisdom like “Your goal should be to build a team so great that you’re unqualified to be on it.”

He is also, seriously, a bona fide magician!

This year’s Disrupt SF is going to be the bomb. We’ve got kickass speakers, the entire TechCrunch team and real worthy Startup Battlefield finalists onstage, battling it out for the top prize of $50,000 and the coveted Disrupt cup.

So, yeah, tickets to Disrupt SF are on sale here. And if you are interested in becoming a sponsor, opportunities can be found here as always. 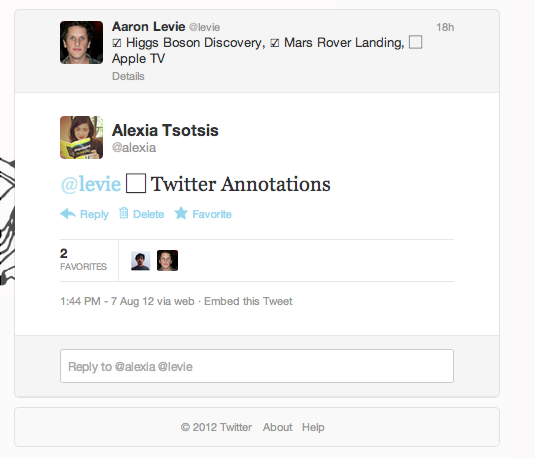 Aaron Levie co-founded Box with friend and Box CFO Dylan Smith in 2005. The Box mission is to provide businesses and individuals with the simplest solution to share, access and manage their information. Aaron is the visionary behind Box’s product and platform strategy, which is focused on incorporating the best of traditional content management with an elegant, easy to use user experience suited to the way people collaborate and work today. Box is one of the fastest growing companies in enterprise software, used by more than 11 million individuals and 120,000 businesses worldwide.

Aaron is a tireless advocate of innovation and disruption in the technology industry, and he has spoken at numerous events, including Fortune Brainstorm Tech, Dreamforce, LeWeb, RSA, MobileBeat, GigaOm Structure, and DEMO. In addition, he has written several articles for major publications such as CNN, the BBC, Fast Company, Forbes, PandoDaily and TechCrunch.