Funium, a Provo-based startup that’s merging personal ancestry research with virtual worlds in its new game “Family Village,” has raised an additional $1.8 million in seed funding, the company is announcing today. This new investment is on top of the $1.2 million it raised in February 2011. The round was led by Family Odyssey, a company owned by early Ancestry.com investor and GeneTree co-founder, Jim Sorenson. A number of undisclosed angel investors also participated.

The idea for Funium’s flagship property Family Village occurred to CEO Jeff Wells around four years ago, when he began to research his own personal ancestry online. “I started at about 10 o’clock at night by joining Ancestry.com, and then literally, at 4 o’clock in the morning I was still red-eyed, and very excited about all the documents I was finding about my family members as I continued to research name after name.”

But even though he was enjoying the discoveries Ancestry.com produced, Wells felt that the overall process could use some improvement. “I noticed that I was interested in it because I liked the outcome, but the work was hard. It was like doing taxes or doing research,” he said of using the website. That’s when he had the idea: why don’t I make this process fun?

With the Facebook game Family Village, Wells is doing just that by combining the research process with something enjoyable – that is, social gaming. The game resembles something like Zynga’s The Ville or Sim City, but instead of just creating random avatars and having them interact, users create avatars who actually represent individual members of their own family, dating back through the ages. 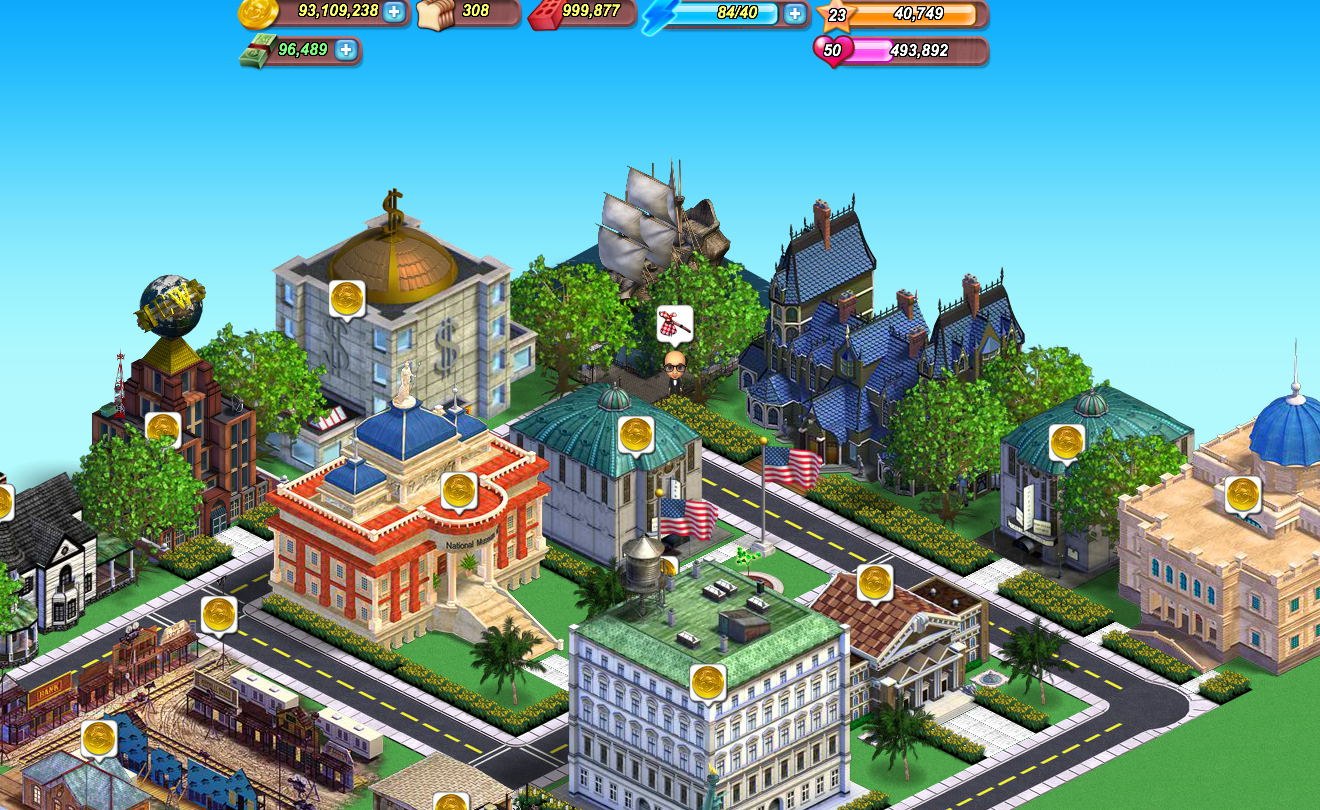 Players can customize those avatars by dressing them in the style of clothing they would have worn during the time they were alive and can even tweak their features to resemble old photos or descriptions. As the game continues, the quests will be directly related to who that person was and what they may have been doing during their lifetime. For example, a Civil War era great-great grandfather may go to work as a soldier, which then generates in-game points. As players progress, they can collect awards, not in the form of meaningless virtual content, but in the form of actual historical documents. 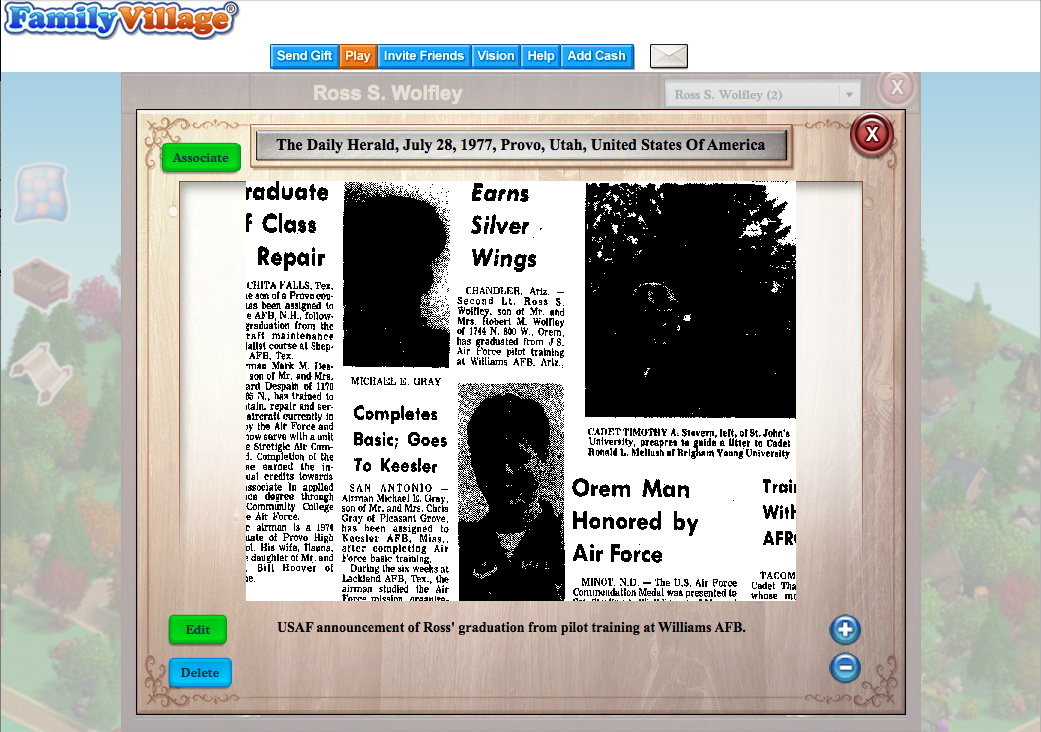 The documents are housed in a “museum” in the game, where each ancestor gets his or her own room which includes things like old photos, files, and maps of where they lived, worked or traveled. The documents come from a variety of sources, including those created in-house, or through partnerships with other companies, like AncestorSync or NewspaperArchive.com, for example.

The benefit to merging something with real-world value with the virtual world, is that the game maintains a sort of stickiness for its players. A typical social game has a short life span, explains Wells. “People play it, get bored and move onto something else,” he says. “With this game here, the further you get into it, the more deep it becomes, the more likely that documents will be pulled up and ancestral connections will be made.”

This translates into longer play times, he notes, stating that players are generally engaging with the game for over 14 minutes their first time, when many games tend to think 3 to 5 minutes is a good first run. He says that re-engagement numbers on day one, seven and thirty are good as well, but declined to reveal specifics as the game has not yet had its public debut. Today, Family Village has around 22,000 to 23, 000 monthly active users and between 2,000 and 2,500 daily active users during its quite testing period. Although it has not yet had its “official” debut, Family Village is live now on Facebook here.