One Jackson, the latest e-commerce startup to target the popular kids’ clothing market, is preparing to make a big splash with its public debut next week. The company plays in the same space as other online clothing startups experimenting with Silicon Valley-inspired business models, including the subscription-based offerings from Wittlebee and FabKids, for example, as well as the web-based consignment shop ThredUp. But One Jackson has a completely different idea.

Instead of designing clothes in-house or aggregating collections from elsewhere, the site will serve as a platform for connecting consumers with indie designers through contests where shoppers vote on which clothes they would like to see get produced and sold.

You can think of One Jackson as something like a Kickstarter, except without the upfront monetary commitment, perhaps. Or a better analogy may be the art and print-focused Minted.com. It’s about testing ideas with a community of potential buyers, then either bringing those ideas to market, or letting them fall by the wayside. It’s not an entirely bad idea, except that without an initial investment or deposit, there’s always the chance that some shoppers voting on the designs won’t actually end up purchasing. But according to co-founder and CEO Anne Raimondi, she doesn’t think that will be the case because community members are making a personal connection with the designer they support. 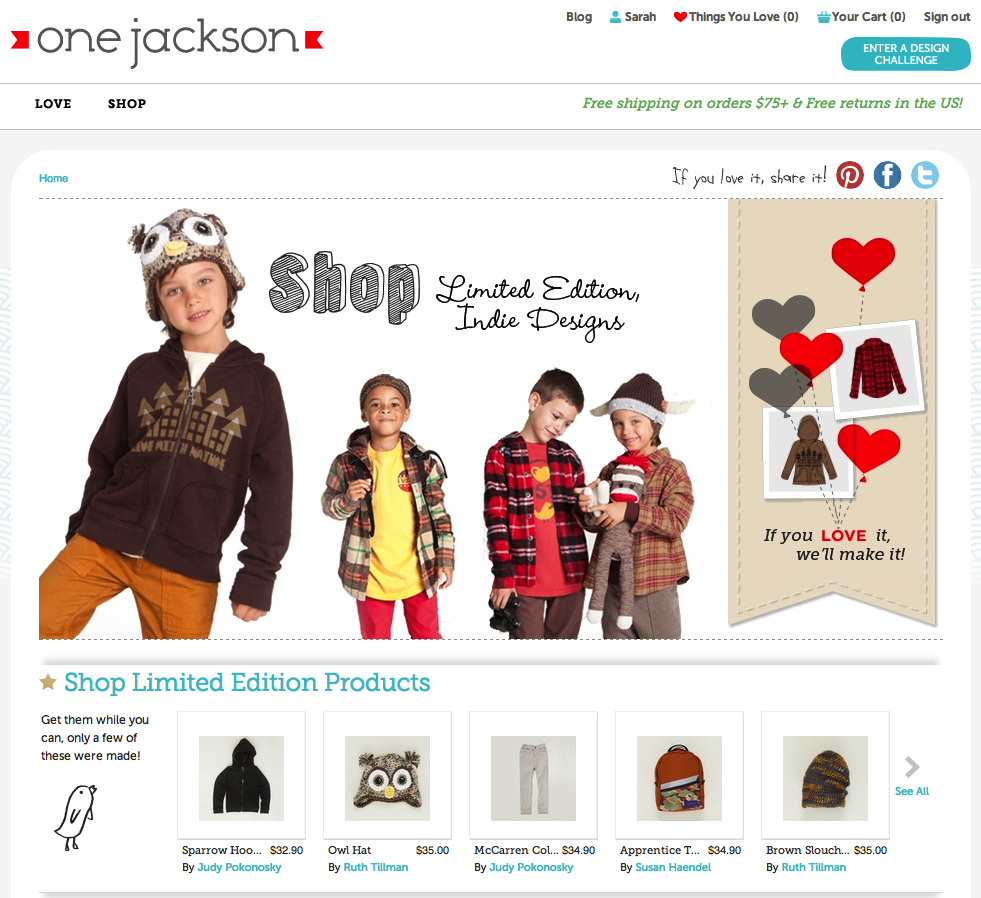 “Parents really like to know who’s behind a product,” she says. “People want to support people who are creative and pursuing their dreams, and in particular in this audience of parents – and moms especially – I think that really resonates.”

One Jackson also has some notable backers who believe this model can work, too. The company closed a seed round of funding in mid-May led by Accel’s Theresia Ranzetta and Trinity’s Patricia Nakache, and which also included investment from Next View (David Beisel), Floodgate (Ann Miura-Ko), and Aileen Lee‘s new seed fund, which we now know is called Cowboy Ventures. Since then, the company has been quietly running in private beta with some 3,000 customers, and over 200 designers who have actually submitted content to the site. There have also been around 1,400 designers who signed up for the service to take a look.

The contests are handled by co-founders Michele Adams, Head of Design and Creative, and Gia Russo, Head of Merchandising, both former co-workers from Martha Stewart Living, who later co-founded their own company called MiGi. There, they produced a series of lifestyle books as well as branded products for home and baby which have been sold through Target, Babies R Us, Teleflora, Tiny Prints and Bed Bath and Beyond. In other words, these two know not just design, but also how to market and sell. One Jackson’s fourth co-founder is Yee Lee, formerly of PayPal and Slide.

Contests begin with an inspiration board, which is based on the design team’s research and study of emerging fashion trends. Designers then have a few weeks to respond and submit their entries, which can range from pencil sketches to software-produced designs or even photos of handmade clothes which may have otherwise been sold on Etsy or in a local boutique. After some initial curation, shoppers then vote for their favorites, and optionally share to Facebook, Twitter and Pinterest. Based on demand and a little editorial intervention, the winning designs are sent off to manufacturing. The company works directly with manufacturers in L.A. (for denim), as well in Asia and Peru. 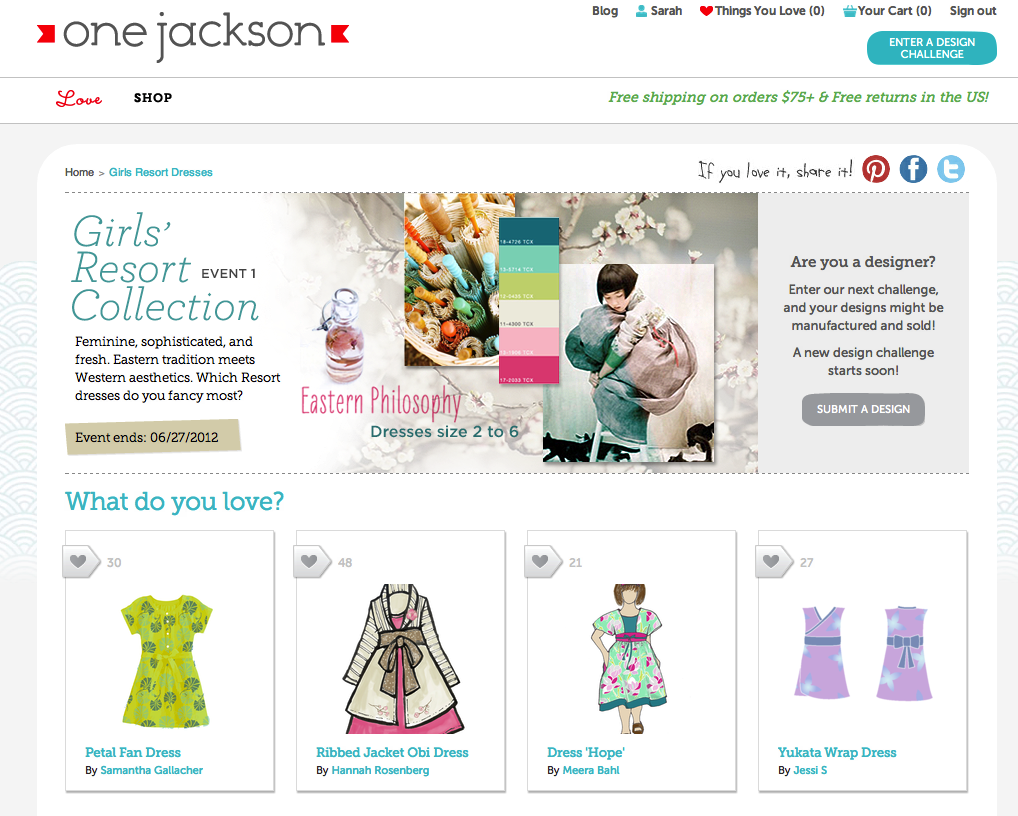 Designers take home a minimum of $300 for being selected and then receive a 3% cut of the sales for the first 180 days their products are sold on the site. The plan is to bring in new lines every 4 to 6 weeks. At launch, the site will have around 80 to 100 items for sale in its shop (sizes 2-6), including accessories, and – surprise! – they’re starting with boys’ clothes, a desperately underserved market. Girls’ clothing will arrive by the holidays, however.

For One Jackson, the long-term goal is to eventually speed up the whole process so they’re making just the right number of clothes to meet demand. “We envision a future where the batches get both faster and tighter in terms of units, so we’re really just producing what we know what people will want, and finding creative ways to shorten that cycle so we can get it into the hands of consumers faster, right after they’re excited about it,” says Raimondi.

But for parents, there’s another benefit. “There’s just not enough uniqueness out there in kids’ clothing. Kids show up at the school or the playground, and they look like everybody else,” she says. “The goal is to keep our lines fresh.”