To celebrate Kennedy Space Center’s 50th birthday, Google just added the Space Shuttle Program’s former launch facilities to its Street View service. With over 6,000 panoramic views, this is Google’s largest special collection of Street View imagery yet. This new collection gives users access to areas of the Space Center that are normally off-limits for visitors and also preserves an interesting moment in time, as the Street View team took these images just after the end of the Shuttle Program. At the time the images were taken, both the Atlantis and Endeavour were still in NASA’s Vehicle Assembly Building.

As Ryan Falor, Google’s product manager for Street View Special Collections, told me yesterday, his team aims to take Street View to places that are culturally significant. So far, that has meant locations like Stonehenge, Versailles and a number of museums around the world. Kennedy Space Center is somewhat unique in this group, Falor noted, because it is the first location that is mostly about technology and because NASA’s teams were still hard at work while Google was taking its images. 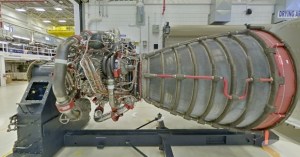 While visiting the Space Center, Google’s team use almost all of the standard Street View tools at its disposal, including the basic Street View car to get images of the runway, as well as its Street View trikes and trolleys to get images in areas where the car couldn’t go. Among the other areas featured in this collection are the space shuttle launch pad, Vehicle Assembly Building and Launch Firing Room #4.

Here, for example, is the space shuttle Atlantis in NASA’s Vehicle Assembly building (and you can also take a stroll around the fifth and sixteenth floor of the building):

And here is the view from the top of Launch Pad 39A (including a view of the escape ‘baskets’ the shuttle crew would have used in case of an emergency):