Twitter just announced the launch of its Twitter Political Index. This index, says Twitter, is “a daily measurement of Twitter users’ feelings towards the candidates as expressed in nearly two million Tweets each week.” Every day, twitter will evaluate and weigh the sentiment of tweets mentioning both Barack Obama and Mitt Romney relative to every other message that passes through Twitter’s systems. The system then calculates a score for both candidates. Currently Obama‘s score is 34 (and trending down) and Romney, whose follower count on Twitter may be somewhat inflated, is at 25 (and trending up a bit). The Twitter Political Index will be updated every day at 8pm ET.

Twitter, of course, has been used to study political sentiment for quite a while now and the company even has its own Government & Politics team to analyze this data and assist third parties with their own efforts. For this project, however, Twitter also partnered with the data analysts at Topsy, as well as polling firms The Mellman Group and North Star Opinion Research. USA Today will also use Twitter’s election meter in its coverage of the ongoing presidential campaign.

According to Twitter, its own data generally shows the same trends as Gallup‘s approval ratings surveys and frequently “hints” at “where the poll numbers are headed.” There is some evidence, however, that “the predictive power of Twitter regarding elections has been greatly exaggerated.” That study, however, mostly looked as message volume while Twitter’s barometer focuses on sentiment analysis. 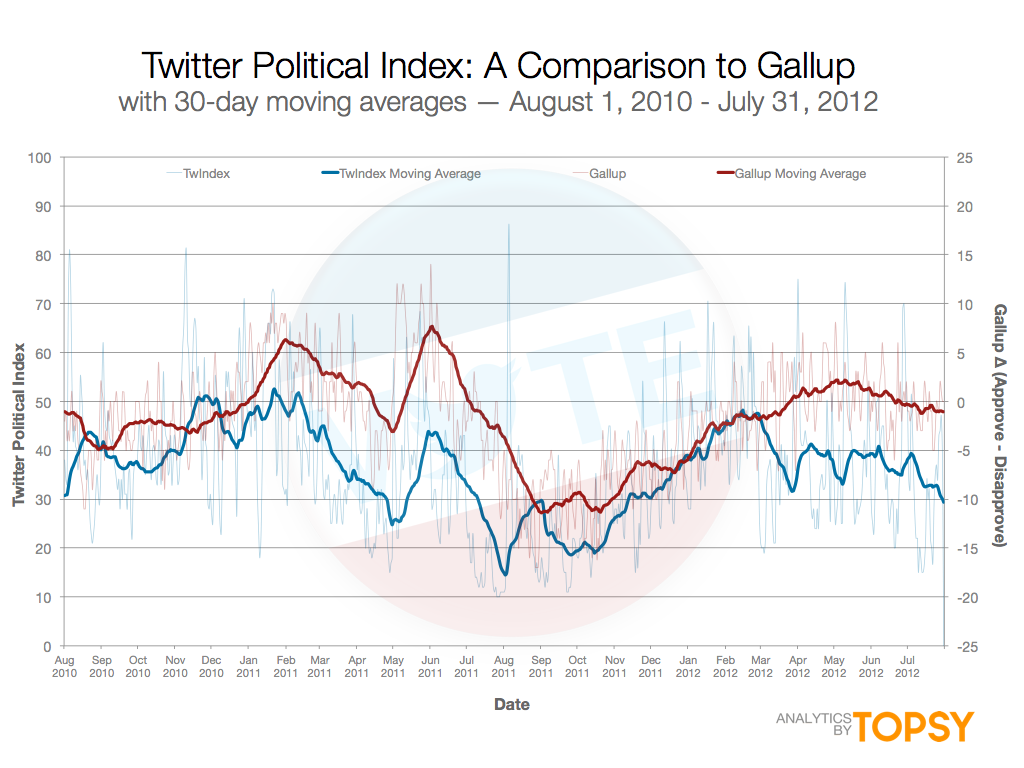