Every few months or so, somebody will declare the death of RSS, and with it the death of old-school feed readers like Google Reader. Don’t tell that to Samuel Clay, though, the founder of NewsBlur, a web-based feed reader that’s in Y Combinator’s current batch of startups. NewsBlur has many interesting features besides the pure feed reading experience, but at first glance, the web app feels like a throwback to the heady early days of feed readers a few years ago. In addition to the basic feed-reading experience, however, the service also lets you curate your favorite stories on Tumblr-like “Blur Blogs,” which bring a strong social aspect to the service. 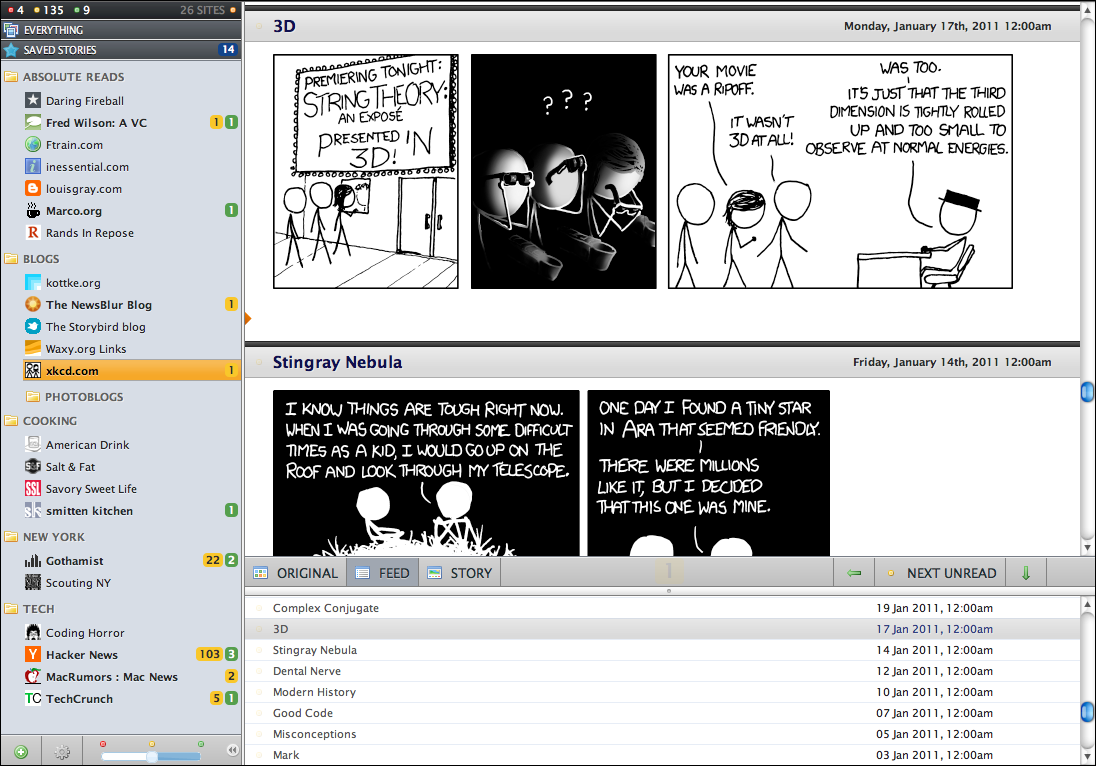 For the most part, the web version of Newsblur (there are also basic iPhone and Android apps), looks very much like you would expect a feed reader to look like if you are familiar with Google Reader, FeedDemon or NetNewsWire. Feeds and folders are on the left and the headlines and text are on the right.

Unlike standard RSS readers, NewsBlur also features a mode that shows you see a post on the original site and its frontpage. The app detects where a certain story is on a site’s frontpage and automatically scrolls to the next headline as you browse your feeds. Typically, as Clay pointed our when I talked to him last week, feeds take a story out of its context and make every story look the same. With its “original” and “story” views, however, NewsBlur aims to restore some of this context for its users. There is also, of course, a standard text-centric feed view and you can customize the app’s layout according to your preferences. 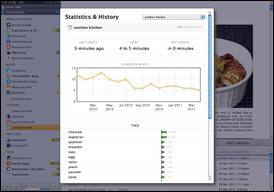 Another nifty feature is that you can train the application to highlight and hide stories from specific writers on a certain blog, for example, or just see posts with specific tags or keywords. The service then lets switch between different views that let you see every post, your unread posts or just posts that you trained it to focus on. It’s important to note that this filter mechanism is not based on Zite-like machine learning. Instead, the filters just apply to one blog at a time, so when you ask NewsBlur to highlight posts with a certain tag on one site, that filter won’t apply to any other feed you subscribe to.

From Side Project To Y Combinator

Clay first started working on NewsBlur as a side project three years ago. In March, he quit his job at Tasty Labs and has been working on NewsBlur full time ever since. Talking to Clay, it quickly becomes apparent how focused he is on making NewsBlur as fast as possible. There is even a small widget on NewsBlur’s homepage that tell users what the site’s average load time is. The NewsBlur team is also clearly focused on getting the small details right. Clay even developed a crawler that just focuses on making sure the site has favicons for every feed.

Still, the site’s design could use the helping hand of an experienced designer, but as Clay told me, the team is working on a better design and is especially focused on its upcoming iPhone and iPad apps.

Newsblur is a freemium product. Free users can read up to 64 feeds and the service pings those feeds about once pre hour. Paying subscribers can add as many feeds to the service as they want to and NewsBlur will update PubSubHubbub-enabled feeds in real time and e few times per hour depending on their popularity.

For developers, NewsBlur offers an API and the application’s source code is also available on Github (under the very permissive MIT license). 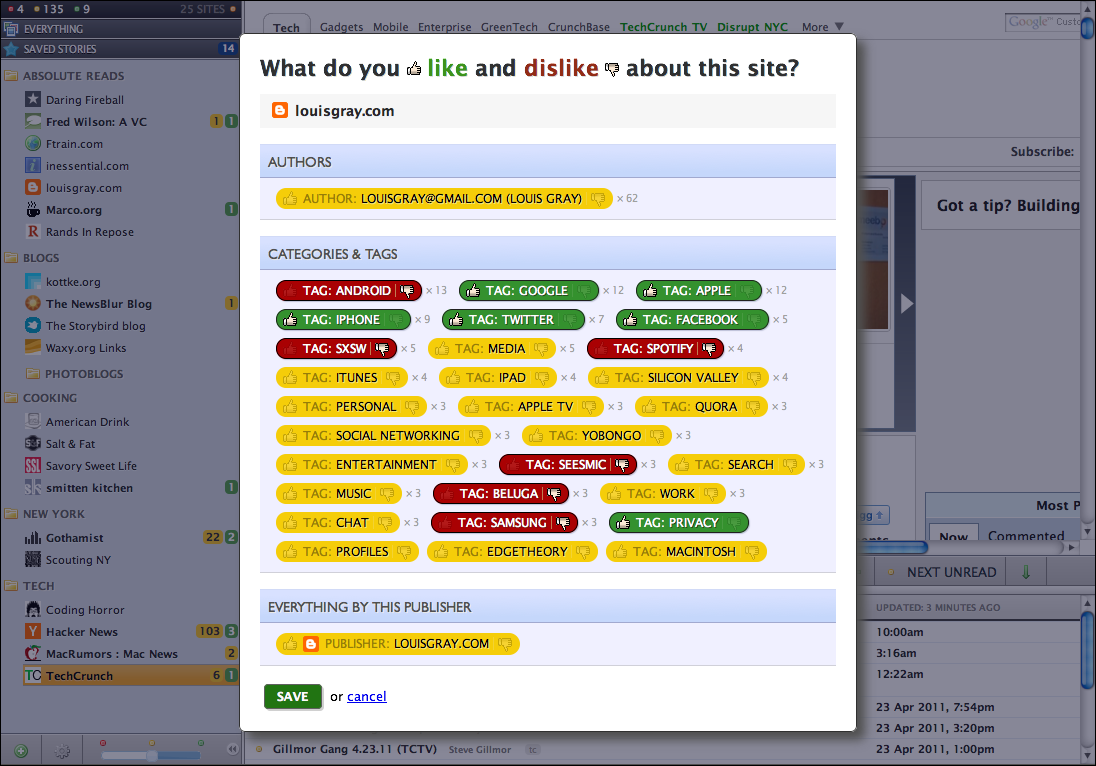