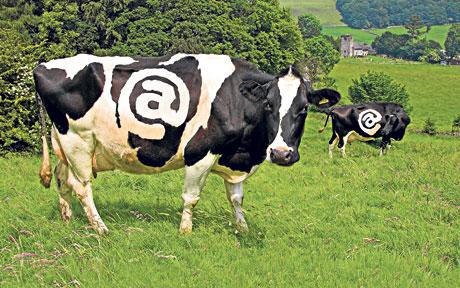 Ever wonder what those mysterious government service fees on your cell phone bill go to fund? Part of it goes toward a newly launched $415 million plan to provide 400,000 rural netizens with some broadband goodness. The Connect America Fund, a Obama administration-supported plan for universal broadband, is part of a larger $4.5 billion mission to connect 19 million homes to bit-torrent streaming speeds by 2020. As with any major government rollout, the project is dogged by bureaucracy and industry backlash, but is nonetheless moving forward.

Broadband has gone from being a luxury to a necessity for full participation in our economy and society,” writes the FCC, arguing that public money will go toward expanding an essential part of the economy, ultimately resulting in more revenue for the federal government.

Not everyone is thrilled with the plan: South Dakota Public Utilities Commission Chairman Chris Nelson says the government’s project has halted private sector plans for his state, “Rural phone companies are completing their broadband infrastructure expenditures this year but are making very, very few plans for next year and literally nothing the year beyond that because of the uncertainty the order has caused,” Nelson said to Businessweek.

FCC Chairman Julius Genachowski argues that Connect America will make expansion more evenly distribute. “What our programs do is level the playing field so that an investor can look at a rural landscape and say, ‘OK with a lower population density and this investment from the federal government, now I can make a business work in rural South Dakota,'” Genachowski said.

The FCC had planned on augmenting the fund with some private-sector cash from the big telco players, but Verizon and AT&T have politely declined part of the $300 million pot. Verizon spokesman Ed McFadden said the decision was made “in order to focus resources and capital on our own wireline and wireless broadband deployment plans.”

Regardless, the plan is still moving forward. Readers can play with an interactive map from the FCC below: