The recent results of Zynga, Groupon, and even the mighty Facebook on the public markets in the U.S. have served to highlight a couple of major issues for European startups. One is a little jealously: there remain few viable IPO markets in Europe for tech stocks, hence why you see so many moving to the US – usually NASDAQ – when they get big, as happened with Yandex and Qlik Technologies. The second is annoyance: many solid European tech companies are now at a point where they have solid, revenue generating businesses, built on a lot more than hype and user numbers alone. And in the last year we’ve seen these companies start to look for ways to break-out.

For example, there are rumours that both the incredibly successful Wonga and King.com are considering floating on New York’s NASDAQ exchange, while Mind Candy is also alleged to be considering a float for its Moshi Monsters game.

And the latest symptom of this is another rallying cry by entrepreneurs and VCs for a tech IPO market in London, the natural home for European startups to float in a global setting. Over the weekend the Index Ventures VC lit the touch-paper on a debate many in the ecosystem have been champing at the bit to have and one we’ll be tracking over the next few months and years no doubt. For we are acutely aware that a healthy tech sector requires funding at ALL stages, and with no European IPO market, startups in Europe will remain starved of capital in the long run.

Written by the highly respected and veteran investor and Index Ventures partner Robin Klein, the post points out both the “centrality of the Tech sector to economic growth” during the downturn, while at the same time the huge growth in its size over the last few years.

Index notes the “steady transformation” of real estate tenants in London’s business districts towards technology companies such as Bloomberg, Skype, Amazon, Expedia, and newer ones such as Moo.com, Moshi Monsters, Huddle and others. Some companies in the tech sector are seeing revenue growth of at least 30% per annum, and up to 100%.

However, says Index’s Klein, there “remains a disconnect between the economic vigor in the tech world and the dynamism of the City.” And there is the continuing problem that the “door to London’s IPO market is shut tight for tech companies” despite London’s place as a global financial centre 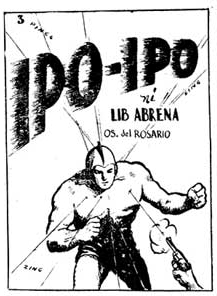 And according to a recent BCG report online retail accounts for 13.5% of total UK retail sales, a higher percentage than in any other G20 country, while online advertising accounts for 28.9% of total advertising spend. By contrast, in Japan, only 21.6% of the advertising market is digital.

In other words, UK and European investors in public markets are missing out on all this for want of a place to participate even though it’s happening outside their front door.

As a result, Index has suggested a “three-pronged attack from policy-makers, entrepreneurs, and the City alike to make this happen.”

Their proposals are quoting at length:

For the companies capable of listing:

An approach to an IPO needs to be one which recognises that the listing is a fund raising and liquidity event on the way to building a large and great company. It is NOT an exit.

It is important to be IPO ready. This means having the right governance structure in place: an appropriate board with an independent head of audit committee, and well-established remuneration and nomination committees. A well-drilled quarterly rhythm to re-forecasting and a good history of hitting the numbers is also essential.

It is important to communicate a company’s story to the market with clarity and precision.

Ideally VCs will help their company get ready, and be willing and able to hold the stock post float for at least one year. It is the price one year from the float that is most relevant to inside shareholders, so the pricing of the floatation shouldn’t be optimized to the nth degree.

The minimum public float requirement of 25% is too high to create a healthy IPO market.

Entrepreneurs don’t want to give away so much of their company, particularly when equity is given to the bankers hired to help list the company as well. It would behoove both Europe’s tech companies as well as the public markets if the minimum threshold either dropped to 10%, or a minimum valuation was assigned to companies interesting in listing. The public float is likely to grow over time as early investors (VCs and others) sell their shares.

The stamp duty on shares should be revoked, given that the UK has the joint highest rate of stamp duty in the world. This puts London at a competitive disadvantage when it is competing with New York.

For the Institutional Shareholders and Fund Managers:

It is important to understand the fundamental difference between PE-backed companies and VC-backed companies. PE houses are generally seeking to exit their investments through an IPO or replace debt in the company. VCs generally fund their portfolio without debt and a listing is often seen as a way of raising the company’s profile and providing access to further capital.

Strategic investments by city firms are needed to build up specialist analysis and the research required to properly evaluate hyper-growth tech companies and become familiar with the diverse business models and KPIs.

There is a big difference between 2000’s tech stocks and 2010’s growth stocks. Whilst many of the tech companies will not offer sufficient market liquidity and be sub scale at this stage, it is not hard to see that this situation will not pertain for too long.

This whole issue was thrown into sharp relief only today.

Dow Jones VentureSource released figures about European venture capital which show that consumer Internet companies are now leading the charge here. But the trends also show that European tech companies are suffering from too few exit and IPO opportunities.

The lack of deal activity combined with investment growth is down to a “lacklustre exit environment” which is thus keeping companies private for longer.

I was reminded of this debate when talking to a Private Equity manager recently.

We were both at an event for tech startups, and he was, frankly, blown away by the innovation going on.

At his particular fund, they had realised there was an increasing amount of capital for early stage investors, so they had decided to create a large fund for later stage tech companies. “It’s worked out well” he told me, especially because they had seen the cycle time for tech companies shorten dramatically. It used to take 4/5/6 years – it’s now happening in a year or two years.

But it is his observation that the lack of public markets is holding Europe back from creating the next big wave of companies, as the U.S. did.

The usual big funds and the analysts have a big community in the US. But in Europe there are not a lot of IPOs, and when they do IPO the companies don’t trade well and that downward effect trickles down. They either sell too early or they don’t raise enough cash on the IPO.

So the question is, how can we bring public markets investors into these forums of entrepreneurs?

What can be done from here on to make this happen?

Because it’s clearly going to take more than a few networking events among city traders and startups to get this going.

Indeed, Klein tells me that there is no appetite for VCs to “build these elusive billion dollar companies until we have a solid IPO market. When I look over the pond and see what is being listed (and the valuations) – I go green.”

And as another VC told me today, “we have 4 companies making more than £10m in EBITDA – I don’t want to see these companies sold to some U.S. (or other) giant.”

The whole infrastructure of the companies, the policymakers and the institutional shareholders and fund managers to be put in a room and have their beds knocked together until they come up with some answers.

Let us know your views in the comments below. We’ll be tracking this story as it emerges.