Earlier this week, Google provided details of its Google Fiber rollout in Kansas City. To hear some blogs tell it, it’s like the heavens will open from above and grant Kansas City blazing-fast Internet and competitive TV packages that will solve all the problems locals have with their current cable provider or ISP. But see, it’s not that easy. Google faces a number of challenges as it transitions to become an ISP. Here’s why Google’s grand experiment laying fiber might not be all the it’s cracked up to be.

Don’t get me wrong — from a cost standpoint, Google Fiber sounds pretty amazing. It offer Gigabit speeds at an attractive price point, which other ISPs probably can’t compete with. And it would be great, if it were available today. But rolling out fiber is a complicated process, and most Kansas City residents anxious for some high-speed competition probably have a long wait ahead.

Google is doing some interesting things in trying to expedite its fiber installations. It has separated the city into “fiberhoods” of 250-1,500 households a piece, and is asking potential subscribers to express their interest and pre-register, essentially reserving a spot in line when installations begin. Google will then use that interest data to determine which fiberhoods it will tackle first. All of that is designed to help concentrate installations close to one another, at least during its initial rollout, which has the potential to speed up the process.

But it will still be a very, very slow process. On September 9, Google will determine its fiberhood rankings, and which reached the goal needed to get fiber installed. Once that’s done, Google has the arduous task of actually making installations. How long will that take? Let’s put it this way: Google estimates that it will be able to reach about 50 percent of fiberhoods by mid-2013, with its full rollout in Kansas City completed by the end of next year. That means residents who register today could wait as long as 18 months before they actual get fiber installed. 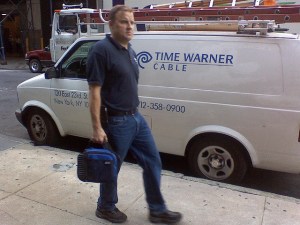 Now let’s talk about how installations will actually work. Most people today kind of take for granted the coax that they’ve had installed forever, even if they hate their current ISP. But ask anyone who transitioned from their local cable company to IPTV services from Verizon or AT&T over the last few years: installing fiber isn’t a simple process. Getting fiber to a new house or multi-tenant unit involves connecting fiber to the home, installing new equipment in the home, and running lines throughout the home.

And let’s keep in mind, cable technicians — the people who actually do this stuff — aren’t just born. There’s all sorts of training that they go through to learn how to hook up and subsequently wire a home, and it’s doubtful that Google is just going to train a bunch of newly minted techs to take care of its high-profile fiber rollout.

Nope, Google is going to recruit and hire already-trained techs away from its local cable competition. Which means that the current cable guy you complain about when he shows up late to an appointment is probably going to be the same guy who shows up to do your Google Fiber installation. That brings us to…

Google has never had a great record of customer service, mainly because it’s never had to. Most of its services are powered by the Internet and take a web-centric view of customer relations. They put up a FAQ, create some automated feedback forms, and maybe answer the occasional email if things get really bad.

Remember Google’s failed attempt at selling its Nexus One smartphone direct to consumers? It’s lack of customer service was a key reason it failed to get much traction in that attempt. The Wall Street Journal reports that Google has massively beefed up its phone customer service for its Google Play store and a new effort at direct device sales.

But becoming an ISP is a very high-touch business. The biggest reason most people hate their current ISP or cable company isn’t that their Internet isn’t fast enough — it’s that the customer service consistently sucks. And it’s not clear how Google plans to offer a better alternative, especially in a field that it has consistently done a poor job in. 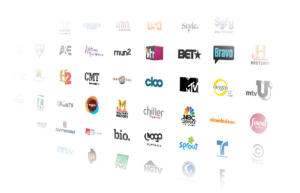 Along with its Google Fiber broadband business, the company is also offering a pay TV add-on, Google Fiber TV, that will offer up an alternative to local pay TV packages at a pretty competitive price. There are a lot of cool features — including a 2TB DVR and the ability to record up to eight programs at once. It also is fundamentally changing the way that users interactive with their TVs, by offering up the Nexus 7 as the standard TV remote.

But there’s one thing that Google Fiber TV is missing — content. While it boasts more than 116 channels, the current offering is missing key networks like ESPN, Disney, AMC, TBS, TNT, HBO, and the like. I’ve spoken with some network people, and it appears that Google is negotiating with all of them, in an effort to get a more complete bundle together. It could be that this last piece ends up being a footnote, as it’s entirely possible that by the time the service gets real penetration, Google will have those other content providers on board. For now, though, Google still faces the problem of striking deals with more providers.

That’s not to say that Google Fiber doesn’t sound awesome. But really, the devil is in the details. And Google faces a lot of logistical and operational challenges in the rollout. We’ll see how it handles them.