During AOL’s Q2 earnings conference call yesterday, CEO Tim Armstrong emphasized several times how the company was moving to a more technology-focused approach in its lines of business. His emphasis was on advertising, but the change in climate is happening in other places, too, it seems: today the company is rolling out an update to AOL Mail, the first overhaul the webmail service has had in five years. The new version will see a new user interface, better integration with other services like messaging — and a new format for ads on the site.

David Temkin, the SVP of mobile and mail at AOL, tells me the rollout has been a long time in coming, and that since December selected groups of users have actually already been getting the new interface. From today, however, it will go out to all 24 million people using AOL Mail — with no option to switch back if you happened to prefer the older version.

The move to the new AOL Mail is part of an interesting transformation at the company, coming at a time when AOL continues its turnaround (yesterday it posted its lowest decline, but still a decline, in seven years of pummeling by Google), with technology-led initiatives. “We want Mail to become a growth product,” says Temkin. “Mail drives a lot of usage of other products on AOL already, it keeps people coming to AOL.com and drives traffic to the other sites,” —  like TechCrunch, which AOL owns]. “We wanted to show users that we pay attention to the product, to hold our head high and have best of breed interface.”

The new AOL Mail, the company says, will have new features like skins to customize your account, as well as web fonts technology for a slicker look and feel. And AOL says that it has cleaned out its database of dead addresses and subsequently expanded available namespace in AOL Mail — that is, a number of “high quality, in-demand email addresses” are now available to new users.  “This means that new users signing up for an AOL email account may no longer have to use an address that includes a random string of numbers at the end of their names,” the company says. That could potentially attract people looking for vanity addresses, or at least ones that are easier to use.

Perhaps more importantly than these cosmetic tweaks, the new AOL Mail is offering users a vastly simplified user interface with options for mini-apps to better access services like your contacts, calendar, and messaging services. For those of you using Gmail, which already offers this kind of ease of use, it would be fair to say that a lot of this is just about bringing AOL Mail up to speed with its biggest competition.

And that in one sense is the point of this: Temkin admits that growth at AOL Mail has been “flat to slightly down,” but he points out that this has been the case for all web mail providers, except for Gmail, which currently has around 425 million users (in other words, nine times the number of AOL Mail users). The continuing growth of Gmail, he says, is partly down to the huge growth of Android, which requires users to have Gmail accounts to activate their devices. That puts services like AOL Mail at a distinct disadvantage, since it does not have a similar kind of route to hooking in new mobile subscribers, even if it has been integrated with, for example, iOS’s native mail client.

That could present an opportunity ahead for AOL Mail, though: Temkins says that a new version of the AOL Mail mobile app is on the cards and will provide “compelling advantages” over the native clients you see on Android and iPhone devices today. Which areas might those be? One he hints at is search, which is, admittedly, a pool experience on iOS devices.

Meanwhile, the “first step,” Temkin says, is to take the majority of the current AOL audience “into the modern era” on the web, “surfacing the cool features a lot of our users didn’t know about.” Indeed, given that AOL was such an early mover on the Internet, it’s become the case that a lot of its users are still hanging on from that period. “We do have an older demographic,” he says. “They are people who got online early, have an email address, and want to keep it.” He says that female users have a slight majority over male, that the audience is largely affluent, and that 25% of its users are between 18 and 34 years old.

Keeping users on the site longer with “cool features” is central to the business model behind AOL online, which is based around advertising. Ads on the new mail page have a new placement in the new layout, off to the right of the main mail window, and Temkin says that the ads in the new layout have been seeing “better results” for engagement. This wasn’t the priority, he points out, but is definitely a step in the right direction.

The new, and the old below it: 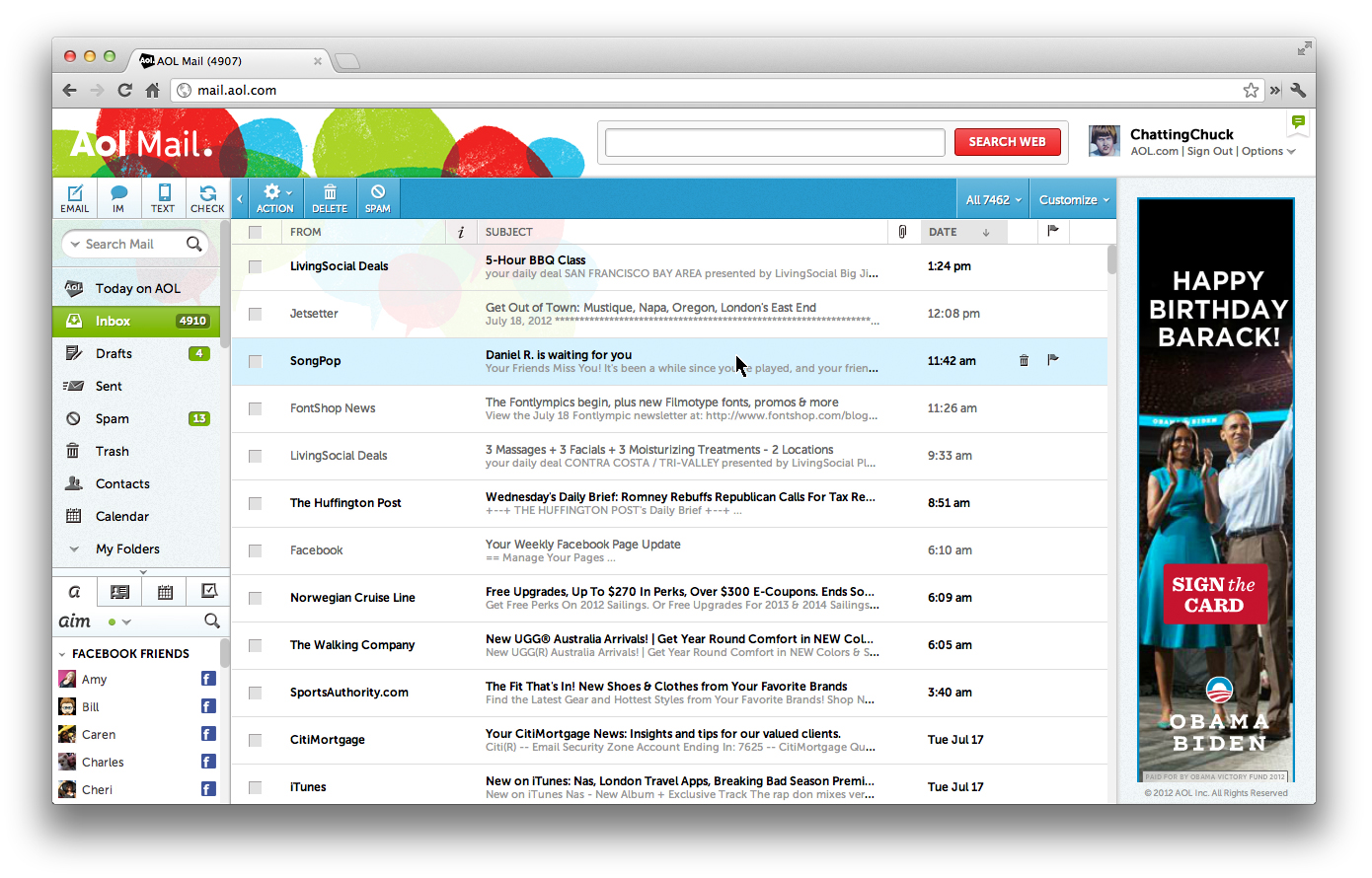 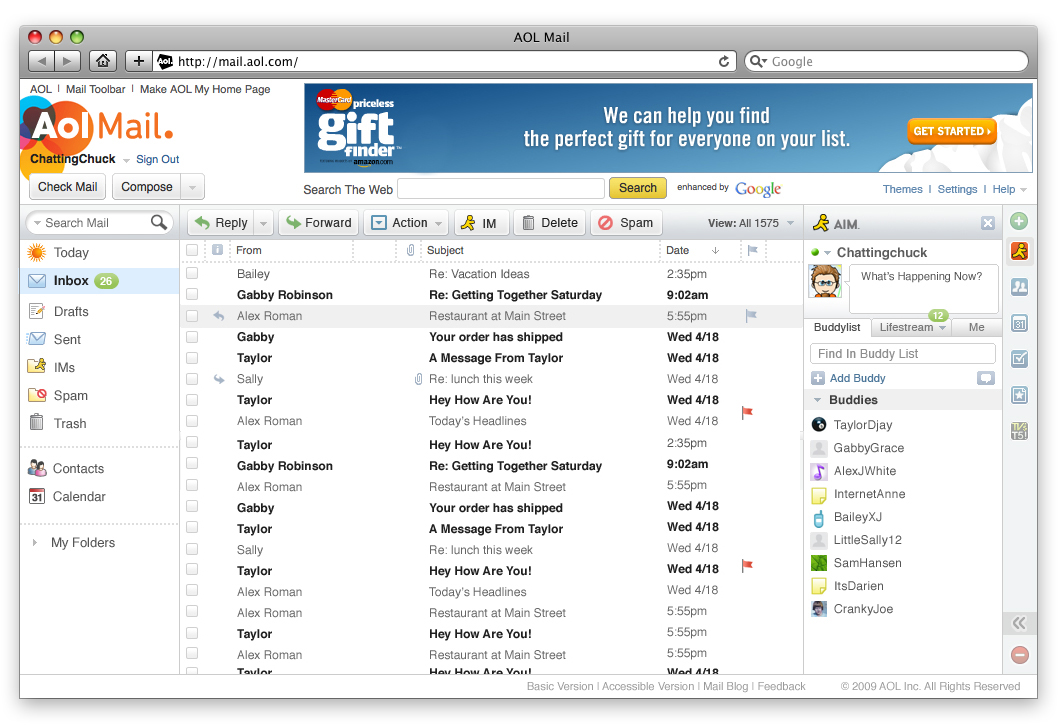