From acquisitions to product changes, employee departures to new revenue generators, Facebook moves faster than just about any company in tech. In just three months since its IPO, it’s produced a staggering amount on news.

To lend context to Facebook’s Q2 earnings and user growth stats it just released, here’s a recap of this quarter’s biggest headlines about Facebook along with one line of analysis on each…

5/19: Day After IPO, Mark Zuckerberg Marries Longtime Girlfriend Priscilla Chan – As Facebook’s CEO grows up and starts a family, he may mature into thinking more about Facebook as a business. 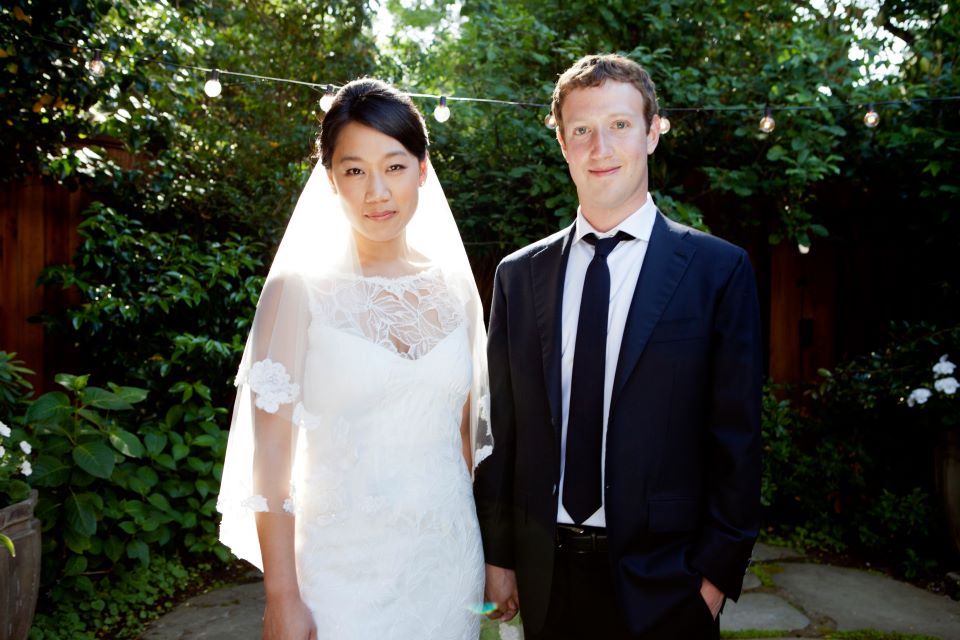 5/24: Facebook Acq-Hires Part Of Design Firm Bolt | Peters To Beef Up User Research Team – This could improve Facebook’s design and keep it from shocking users with hated product changes.

5/29: Facebook Faces Extended US Review of Instagram Deal [Reuters] – The deal is still pending review, though that doesn’t mean the acquisition is less likely to go through.

5/30: Facebook Rolls Out ‘Promoted Posts” Feature [Inside Facebook] – Promoted Posts is designed to make it easy for small businesses to pay for more impressions in the news feed.

5/31: Facebook Finally Cracks Down On Auto-Sharing Spam With “10-Second Rule” – A wise move that preserved the user experience but could hurt some social app growth.

6/4: Salesforce Lines Up Against Oracle On Social Push; Buys Buddy Media For $689M – Even if soggy IPOs will discourage social tech companies to go public, there are still big exits to be had.

6/5: App Devs, Grab Your Credit Cards: You Can Now Buy Mobile-Only Ads On Facebook – Facebook courts advertisers by letting them choose to show ads only on mobile.

6/7: Facebook’s New App Center Is Here: The Details – Facebook launches its own social version of the App Store for helping users discover web and mobile apps. 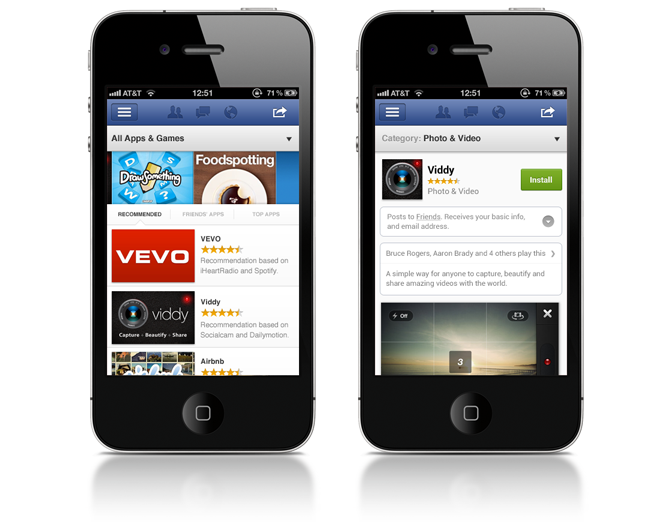 6/7: Facebook’s Mobile Power: 83M People And 134M Clicks To iOS Apps In May, Plus Top Leaderboard Spots: This proves Facebook is a powerful ally for both iOS and Android. 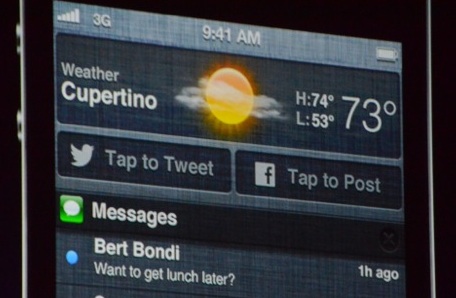 6/11: Facebook Picks Up The Mobile Development Team From Pieceable – Pieceable allowed users to preview mobile apps from the desktop and could bolster Facebook’s App Center 6/15: Facebook CTO Bret Taylor Leaving To Do His Own Thing – Though some considered Taylor to be a figurehead, it shows some talent may be slipping away to startup land. 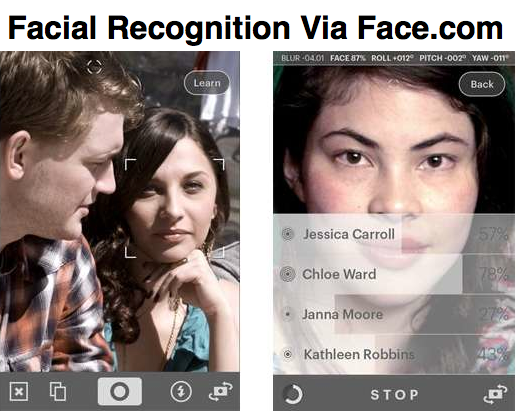 6/18: Here’s How A Facebook Hyper-Local Mobile Ad Product Would Target You – An unconfirmed rumor, but this could pull in huge spend by helping local businesses target people in sight.

6/18: Report: Over 24% Of The Web’s Top 10,000 Sites Now Use Facebook’s Official Widgets – The social network has conquered a quarter of the web, which could seed a rollout of an ad network.

6/19: They Work! Facebook Mobile Ads Are Clicked 13X More, Earn 11X More Money Than Its Desktop Ads – Proof Facebook may have a bright future in mobile advertising and monetization after all.

6/21: Problems For Monetization: Lawsuit Forces Facebook To Let You Opt Out Of Sponsored Story Ads – You’ll only be able to opt out of being used in ads one story at a time, though, so not crippling.

6/22: Facebook Ads and Sponsored Stories Are Now Running On Zynga.com, Previewing A FB Ad Network – If expanded to more sites, the ad network could become a huge money maker.

6/23: Why Facebook Is Folding On Credits And Doubling Down On Payments – Facebook abandons its own virtual currency, switching to local currencies for payments and adding subscriptions.

6/25: Facebook Hides Your Personal Email Addresses, Leaving Only @Facebook.com Visible On Profile – Facebook promotes its email/messaging system, and hides Gmail addresses in a blow to Google.

6/25: Sheryl Sandberg, Facebook’s Long-Time COO, Becomes First Woman On Its Board Of Directors – This demonstrates how Facebook prefers promoting leaders from within.

6/27: Facebook Plans To Speed Up Its iPhone App [NYTimes] – Facebook is planning a major back-end update to quicken its notoriously slow iPhone app.

6/27: Facebook Now Lets You “Like” and “Follow” Someone In Any App, Get Their Updates In News Feed – All part of Facebook’s plan to become the only news feed you need, and monetize attention with ads.

7/6: Yahoo and Facebook Confirm Deal To Cross-License Their Patent Portfolios, Sell Ads Together – With Yahoo CEO Scott Thompson gone, the two bury the hatchet and embark on big partnership.

7/11: Facebook Groups Start Showing Exactly Who Saw Each Post – If this moves to the news feed, it could make Facebook communication more lifelike, but some users could find it creepy.

7/11: Facebook Finally Redesigns Events, Adds Calendar and List Views – It’s one of Facebook’s most unique and powerful features, but hadn’t gotten a big update in years. 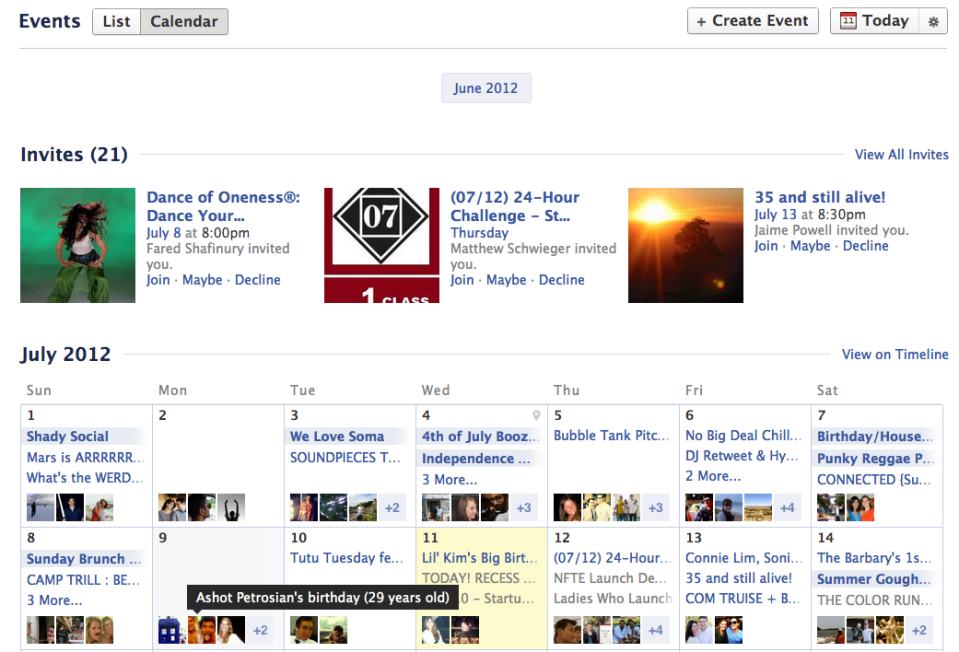 7/12: The Facebook Tweak That Killed A Billion-Dollar Industry [CNN Money] – The switch to the Timeline design for Pages reduced traffic to some Page apps by up to 90%.

7/16: Facebook’s Latest Acqui-Hire: Spool, The “Instapaper On Steroids” – Along with its acquihire of Acrylic, Spool could help Facebook build an internal “read it later” service. 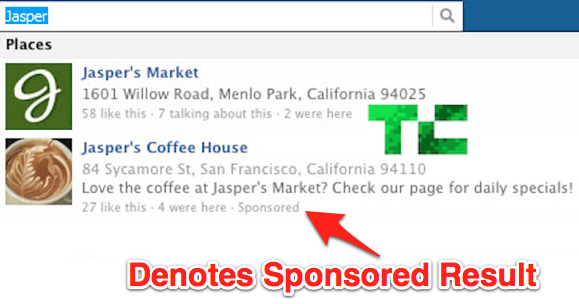 7/20: Nasdaq to Release Compensation Plan for Investors Hurt by Facebook IPO Mess [Fox Business] – The IPO was a mess and NASDAQ was partly to blame.

7/24: Facebook Opens First International Engineering Office In London – The office will let it grab top engineering talent from Europe without introducing a language barrier between teams.