In one week, the Olympics kick off. When you think about it, they aren’t so different from our startup world. How many pitches have you heard that include the phrase “dream team?”

If you had to compare the startup world to one sports league, what would it be? I’d argue the NBA, where the best players leave school early to start their pro careers and work to join dynasty teams with other superstars.

While it helps to attend a powerhouse school—a number of the entrepreneurs on this list attended Stanford, Harvard or MIT and the basketball players at Kentucky, Kansas, or UCLA—once you get to the big leagues, all that matters is how you perform.

But the NBA has one great advantage over the startup world: the Olympics. Bringing together the best players in the league (who aren’t hurt) on the same team together. It’s thrilling to watch. Which gets me thinking—what if there was an Olympic team for Silicon Valley. Imagine the best players from Facebook, Apple, Google, Twitter all playing together on the same team.

Here are the requirements: the entrepreneurs must be active in their companies, ruling out legends like Bill Gates and Steve Jobs, and the basketball players must be from the current 2012 U.S. roster, leaving out legends like Michael Jordan and Magic Johnson. We can save the ’92 Dream Team discussion for another day.

Sadly, this isn’t the greatest possible roster, as some of the best players are hurt and missing from the squad. But it’s a pretty damn good one: 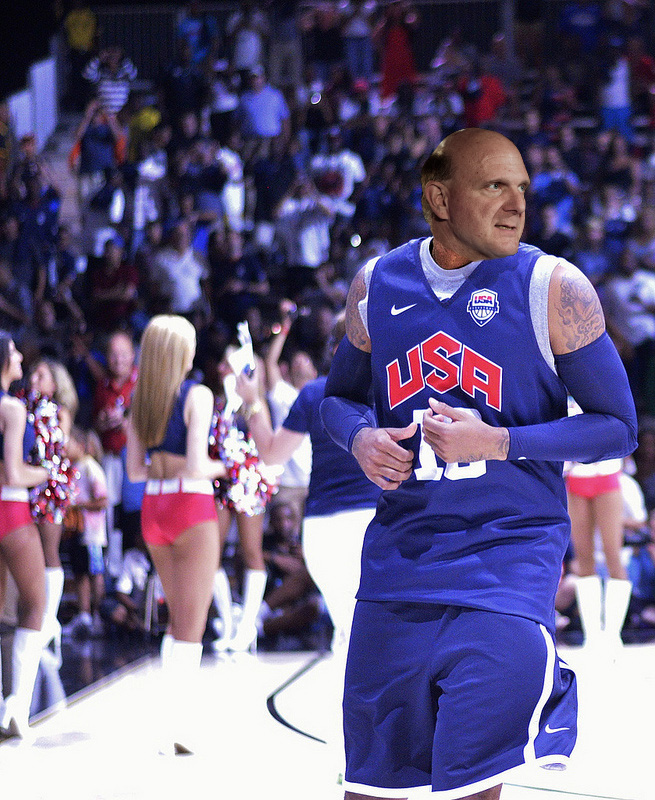 Carmelo won a national championship as a freshman at Syracuse before being picked #3 overall in the 2003 draft by the Denver Nuggets. Following his otherworldly 33-point performance in the Final Four against Texas and championship, the sky seemed to be the limit for Anthony.

While he has lead his team to the playoffs every season, he hasn’t progressed past the Conference Finals and isn’t a top tier player like James or Durant. Now, he plays for a storied franchise, the New York Knicks, which is underachieving and outshined by their flashier competitors. He is also known for having a bad attitude and a big mouth. Who does that remind you of?

Ballmer is described in Vanity Fair’s August expose as making “astonishingly foolish management decisions” at the company that “could serve as a business-school case study on the pitfalls of success.” But he wasn’t always underachieving at a talented team. He joined Microsoft in 1980 and won many championships early in his career. Knicks and Microsoft fans stick wearily by their team, but would trade their squad for most others on this list.

Plus, don’t you think Carmelo would love stack ranking? Don’t pass me the ball? BOOM. Negative review. Speaking of passing… 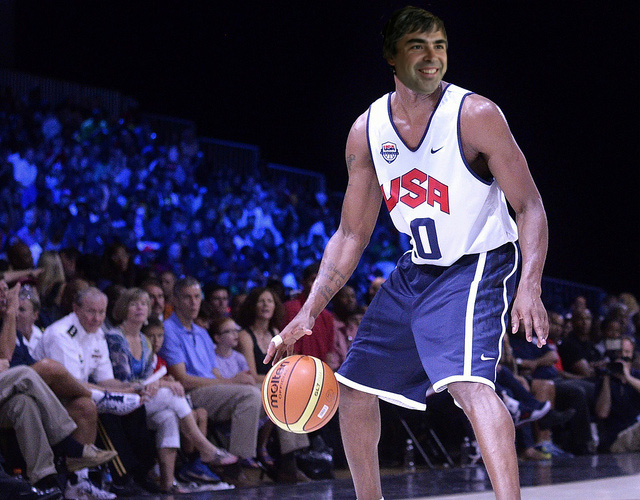 One of the all time greats, Bryant’s talent is only surpassed by his work ethic. He jumped straight out of Lower Merion High School to the NBA, where the 14-time All-Star has won 5 titles and too many awards to list. He is obsessive about improving his personal game as well as team achievement. One thing matters above all to him: winning, and he always wants to have the last shot to win the big game.

In August 1996, Page and Sergey Brin made their initial version of Google, while Bryant was preparing for his first NBA season. Since then, a combination of brilliance and hard work has led Page, and Google, to the top of the world.

The two legends haven’t won a championship in the past few years and face stiffer competition than ever as new stars rise and competitors add more talent. But only a fool would discount their talent and desire to adapt and win. 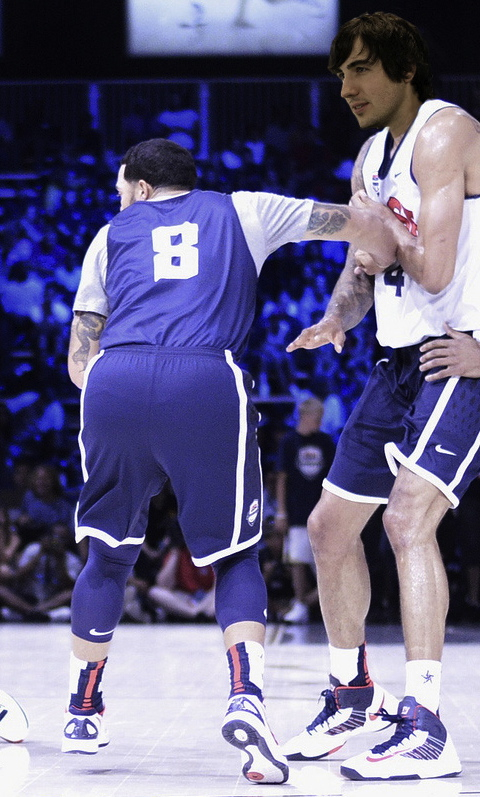 Picked second overall in the abysmal 2001 Draft—the first pick was Kwame Brown, whose career has been like sour Milk (sorry for the Digg, Kevin)—Chandler has played for five different NBA teams. He’s been traded four times and tried to be traded a fifth time but failed the physical. He has played for laughably bad teams (looking at you, Bobcats and Hornets) and won a title in 2011 with the Dallas Mavericks. He has top-tier talent but hasn’t been in many good situations in his career. With the right teammates, he’s a champion, but he can’t carry a team by himself

Rose has followed a similar path, bouncing around different startups, some good that never reached their full potential, some not so good. But when he isn’t carrying the team himself, Rose is a champion. Counting Twitter and Square among his more successful investments, Rose has made billions as an angel investor. Now that Rose has joined Google and Chandler has joined the Knicks, we’ll see if their supporting roles will bear more championships.

Davis leaves the best college team in the country, Kentucky, for the worst pro team. After winning a championship in his only college season, he was picked first overall by the New Orleans Hornets a month ago in a much-hyped move. He comes in with savior-like hype, tasked with turning around a perennially bad team. He will be paid handsomely for his troubles, but if he fails he will be labeled a massive bust.

Mayer, a graduate of another powerhouse, Stanford, was an early, major player in Google’s early championships. On Monday, she left Google in a high-profile move to become Yahoo’s CEO, where she is tasked with rebuilding one of the worst pro teams.

And finally, they both receive way too much press for their bodies: Davis’ unibrow and Mayer’s pregnancy. 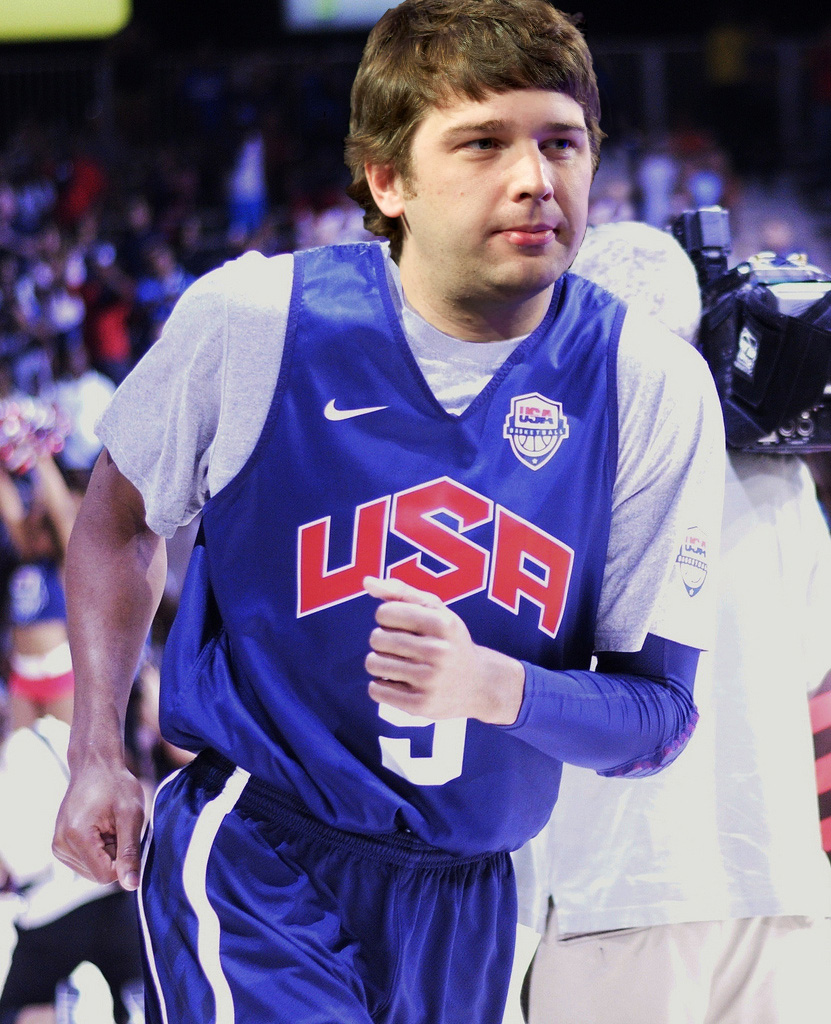 Iguodala is a great player, especially on defense, but suffers from being miscast as a superstar. His great talent is overshadowed by excessive expectations and he is criticized because of it. He is constantly surrounded by trade rumors, but keeps plugging away.

Mason and his Groupon team are good, but not great. They had a good idea that took off and grew too quickly, and the expectations became unrealistic. Despite the distractions stemming from their IPO and unhappy investors, the company is working to keep growing and innovating. Both Igodala and Mason could benefit from a trade to a better team, where they could thrive under lesser expectations. 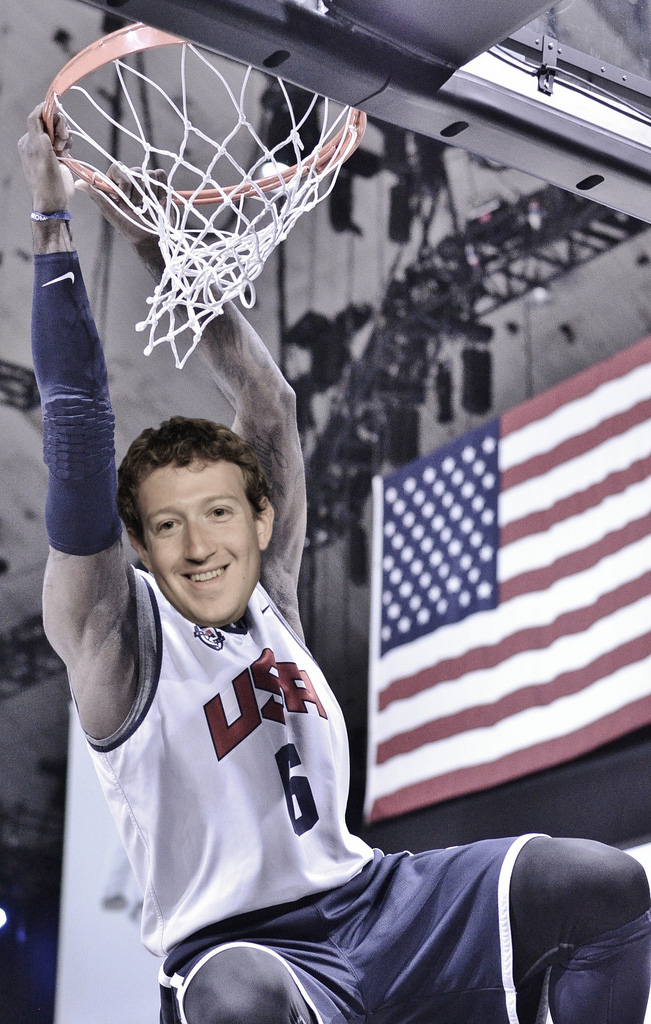 Born six months apart, the most famous players in their leagues both fled the northeast for sunnier pastures, leaving behind a wake of criticism. They are fiercely adored and harshly criticized. Their every move, professionally and personally, is scrutinized.

James was getting hyped in high school before he went straight to the pros. He’s made immature decisions that have haunted him, but he finally won a championship this past spring. Dan Gilbert (the Winklevoss twins), owner of the Cavaliers, is still livid about James leaving.

Now, he plays with an absurdly good team, brought together by one of the greatest geniuses in the game, Pat Riley (Sheryl Sandberg). His all-star teammates, Dwayne Wade (Sean Parker) and Chris “don’t call me a velociraptor” “ok, you’re an ostrich” Bosh (Chris Cox) won’t be joining him on this squad, as they are sidelined by injuries. Finally, he has made top-level talent join him this offseason, with Ray Allen (Kevin Systrom) joining from a former competitor.

If you don’t know Zuckerberg’s story, please email me and tell me how you found your way onto TechCrunch.

Check back tomorrow for part two, where we’ll match the remaining six players and coach with their Silicon Valley counterpart.