Live Nation Labs, the investing arm of music giant Live Nation, has purchased music discovery app Rexly for an undisclosed amount. The deal, which had been in the works for several months, was finalized Friday and announced Monday via both companies’ blogs.

“This isn’t really an exit—it’s a continuation of the vision,” Rexly co-founder and CEO Joel Resnicow tells me. “Our startup is basically joining another startup with goals that are just as big, if not bigger.”

Rexly launched in May 2011 at TechCrunch Disrupt—making it older than Live Nation Labs—as a music discovery and social sharing iOS app.

“Our biggest challenge was distribution,” Resnicow says. “We had very good engagement with our apps but getting in front of a large audience is a big challenge for independent app developers. We started looking for strategic distribution deals and we needed something big.”

Live Nation Labs, a group inside Live Nation Entertainment focused on “connections between passionate fans and live experiences,” has been courting Rexly for months now, according to their blog post today.

Resnicow and CTO Kyle Fleming will be the foundation of Live Nation Labs’ mobile team, with Resnicow as the Mobile Product Lead and Fleming as the Senior Mobile Developer. Rexly’s third co-founder, Brad Lautenbach, is now the VP of Creative Development and Product at Zuckerberg Media and will not be joining Live Nation Labs. 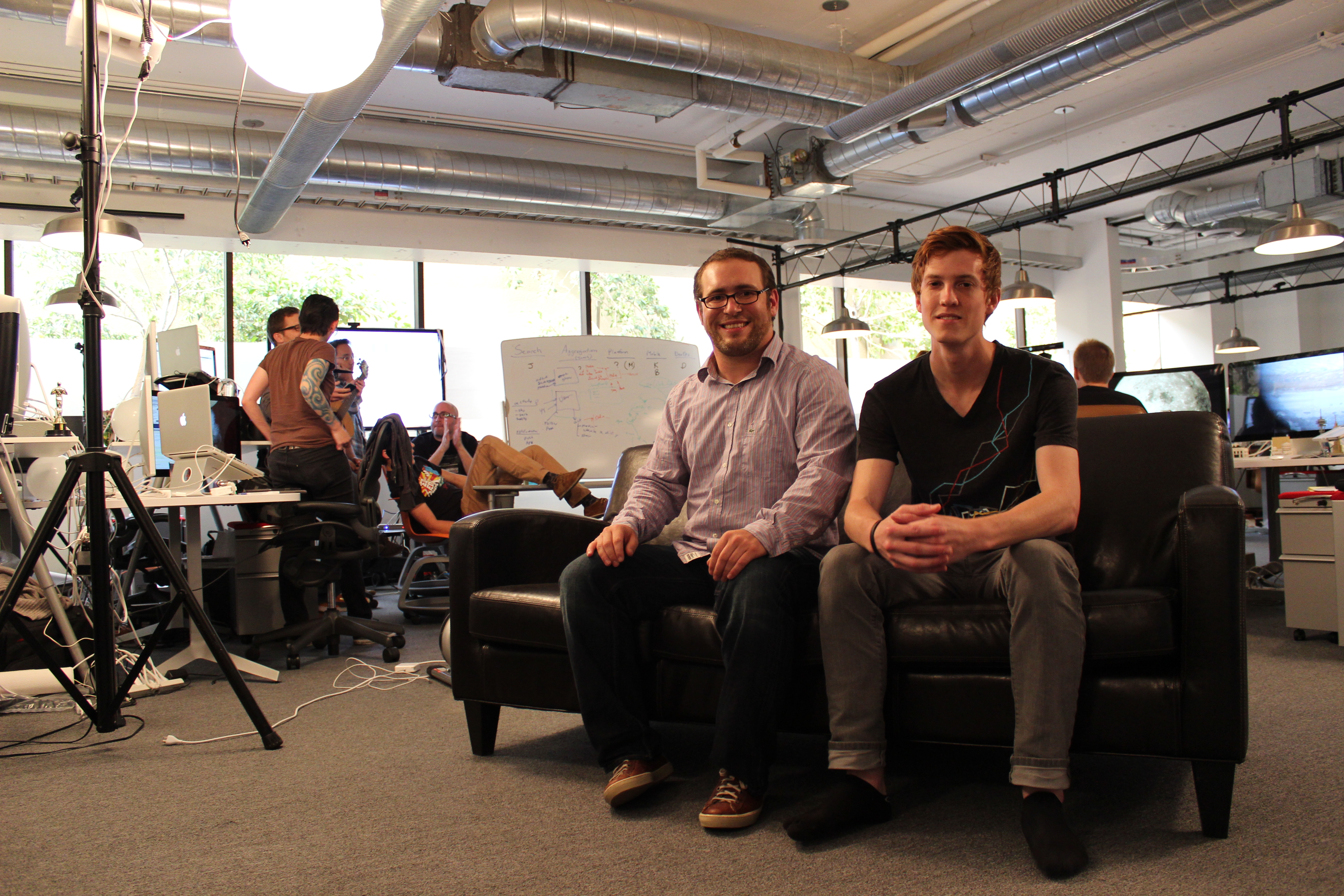 Rexly co-founders Joel Resnicow and Kyle Fleming at their headquarters.

”Beyond a ticket in your hand, everyone walks into a show with a phone,” Live Nation Labs co-founder Ethan Kaplan tells me. “And there’s a lot to do with that.”

Live Nation Labs previously only had one mobile developer, based in LNL’s main office in Los Angeles. Now, Resnicow and Fleming will be opening a San Francisco office for Live Nation Labs focused on mobile. Resnicow says they will be hiring mobile developers immediately and will invite music startups to come in and hack with them, as they hope to be a “center of the music tech community.”

“I hope to see us developing an ecosystem of really amazing experiences around ‘live,’” Kaplan explains. “We want to be a part of the experience that enables and encourages that documentation, sharing and enjoyment. It’s a very lightly tapped place.”

Resnicow says they will continue with the Rexly product, whether it continues to be branded that way or not. It will remain available as Rexly, for now.

“We want to grow as fast as possible and put out as many products as possible,” Resnicow says. “The mandate is very big.”

Kaplan said they are focused on finding good teams and products and could be making more acquisitions.