Happy Saturday, readers! Unless your boss is making you work this weekend, you’ve got two days of freedom ahead of you. If you want to spend that time making new friends or meeting people with similar interests, a new startup called At The Pool can help.

The social network sends users a different match, based on their location, history, interests and intent (their pools) every day in an email. Users are encouraged to connect on- and offline.

“Think of us like the host of a party — someone who knows both of you, what you’re into, where you’re from, and more,” the network’s “about” section reads. “Like any good host, we make an introduction because we know you’ll get along.”

I just joined @At_The_Pool! Join me and get early access at: atthepool.com/?r=CBbCos

The site officially launches Monday—it’s had beta launches already—with a “Silicon Beach Pool” aimed at the LA Tech scene. However, the At The Pool team has launched a “TechCrunch Pool” for readers that is live now. Readers can go to the site and sign up early using the code “techcrunch.” Once in the site, TechCrunch readers will get matched with one another. 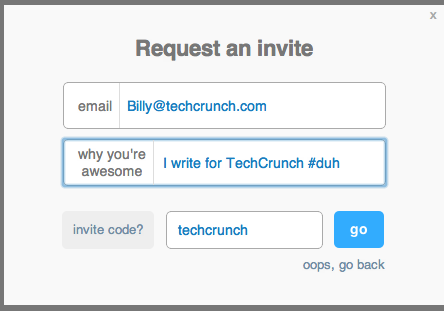 “We’re sort of a mashup between Meetup and Match.com (you join pools like you would a Meetup group, but you’re then interacting and meeting others one-on-one, as Match facilitates),” founder and CEO Alex Capecelatro tells me. “While Facebook is all about connecting you with your friends and family, we aim to connect you with new people you don’t yet know.”

Capecelatro came up with the idea when he was frustrated trying to find someone to go road biking with in a small town in upstate New York. After using sites like Facebook and Meetup, and disliking the notion of using Craigslist or dating sites, he decided to build his own site.

“I realized the Internet is pretty terrible at helping us meet new people,” he says in an email from the company’s Los Angeles headquarters. “This is very obvious when you graduate college, move to a new town, or pick up a new hobby. I set out to build a site to connect with like-minded people in an easy and fun way.” 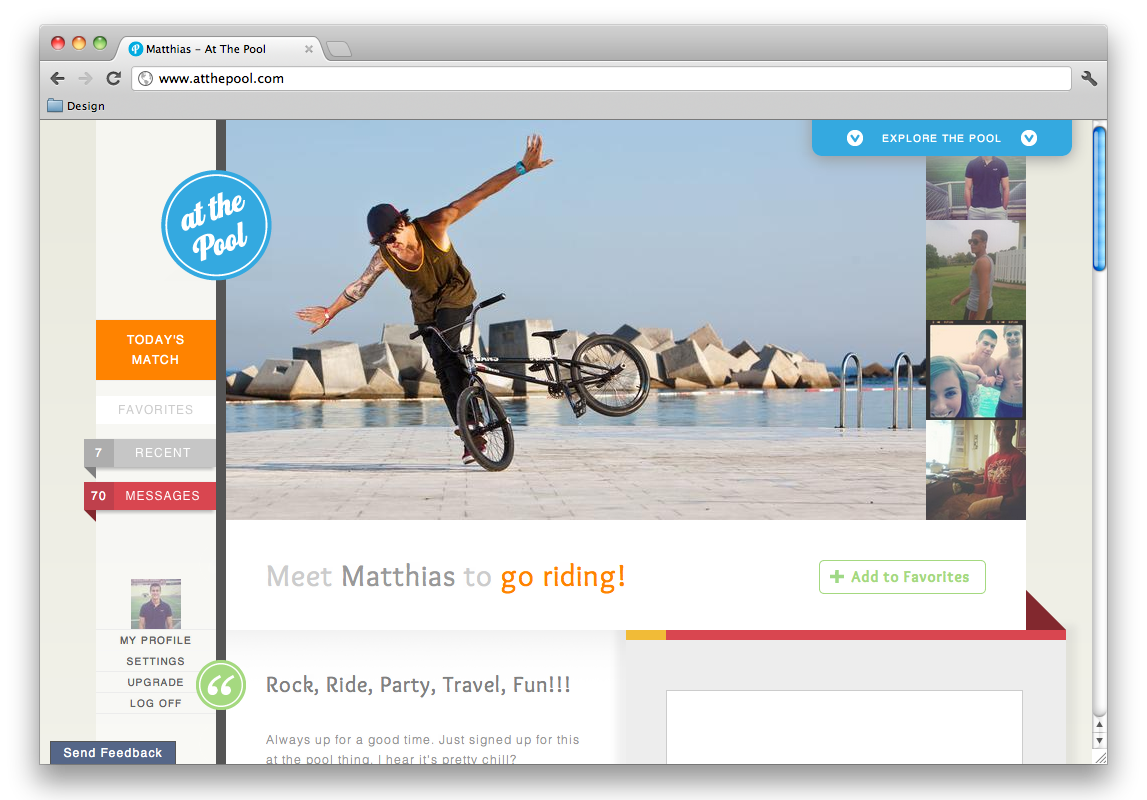 He launched a beta version to the University of Connecticut and saw it “light up like wildfire.” Capecelatro says they saw very high engagement by connecting people in pre-existing communities.

There are a number of other companies in the same space, including the aforementioned ones. Coffee Meets Bagels connects users with a similar once-a-day introduction, but is focused on dating. Social mobile apps like Highlight and Glancee aim to connect the user with people around them, but Capecelatro points out that At The Pool recommends and tells you “why we think you should know each other,” taking it a step further than geographic proximity.

The company took an early $50,000 seed investment from David Carter. Capecelatro tells me they are currently “in the process of raising a more substantial seed round.” He says At The Pool will be releasing more pools, based on interests and cities, this year, with a heavy focus on meeting like-minded people, as well as considering partnership offers.