In San Francisco, you can get ice cream between noon and 6 pm (a few hours left, hungry readers). I just got back from riding in one of the trucks (AOL actually pays me in Choco Tacos), and saw the marketing genius firsthand.

I rode along in “Molly Moo’s Ice Cream,” which the owner purchased a year ago from a puppeteer in Las Vegas, with Molly and Uber engineer Dom Narducci. As we pass one of Uber’s signature black town cars and pull up to the first stop, a group of coworkers comes running up to the truck like children. While Narducci starts handing out ice cream, I sit back and watch the genius of the operation.

The first customers work together at The Climate Corporation and are purchasing ice cream for their all company meeting. Narducci gives them ice cream, t-shirts, stickers and $10 gift cards for new customers for their office. No money exchanges hands, as they pay for the ice cream on Uber’s app. Meanwhile, one self-proclaimed Uber-lover organically makes an Uber sales pitch to her co-workers.

Four young professionals—potentially prime customers—walk past the truck. “It’s an Uber promotion, right?” one asks. Two of his friends haven’t heard of Uber before; he explains the service as they walk down the street. 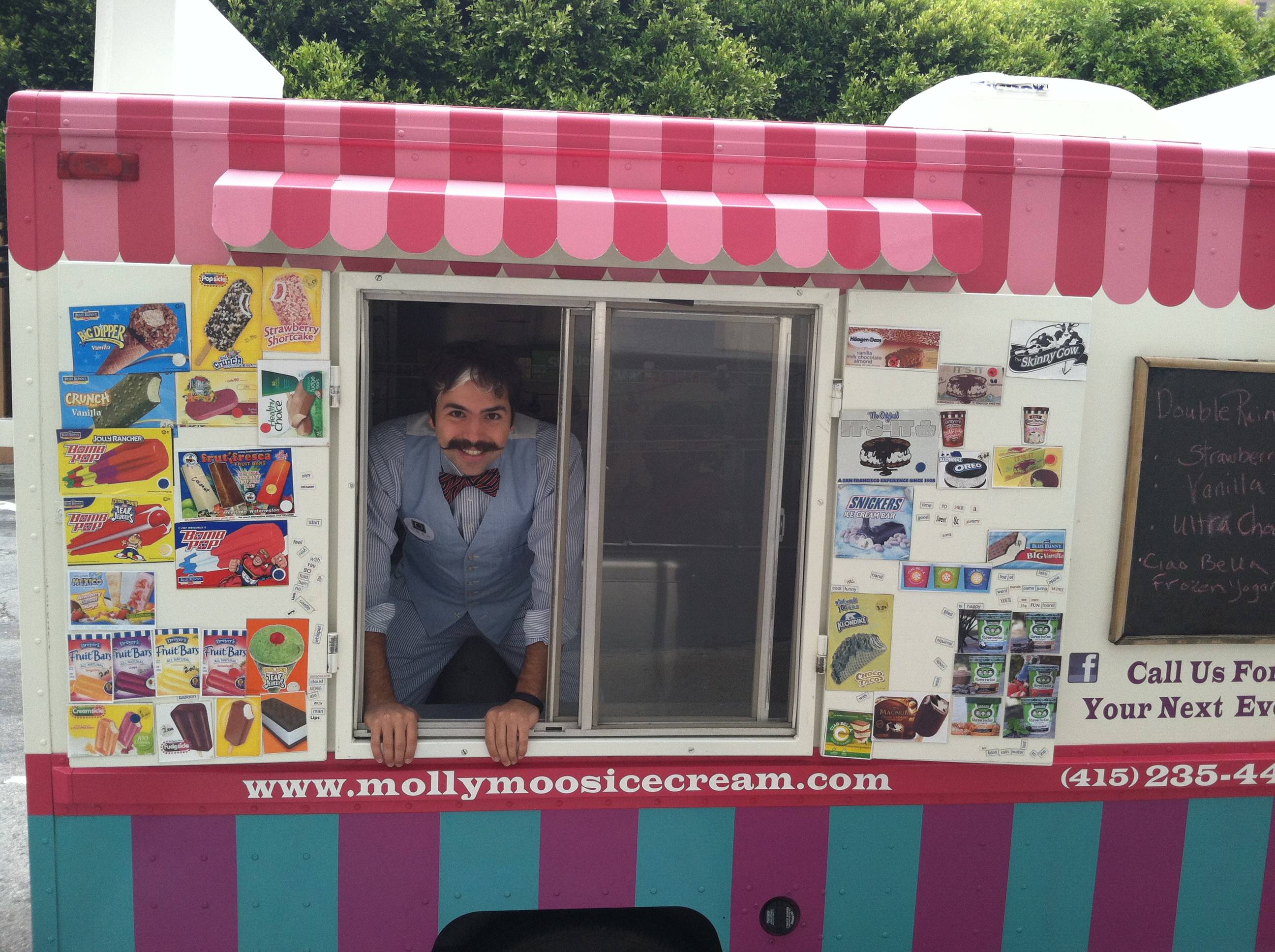 Uber engineer Dom Narducci awaits the first customers of the day. I wonder if he codes in that outfit.

At a later stop, an advertising agency spills out of the office to get ice cream and the user-generated marketing pitches continue. The system isn’t perfect, though. As we leave one stop, a group of Uber users comes up to buy ice cream but can’t get their request through on the app. Sticking to a tight schedule, we leave them behind, ice cream-less.

Most of the times I see advertisements, I want to punch their marketing director in the face (Cross-advertising for Prometheus and Coors Light, every Verizon commercial ever). But a few glorious times (AmeriCan Budweiser, anyone?), I want to shake the marketing genius’ hand or give them a medal. Whatever Uber employee came up with this idea deserves a big raise, whether it’s in Choco Tacos or, you know, real people dollars.

Uber’s promotional video for the ice cream. Sadly, I saw no one chasing us in slow motion today.