Twitter finalized a major overhaul of its mobile site today aimed at users on feature phones and older browsers. In a blog post, the Twitter design team wrote that they built a “lighter-weight, faster client that looks and feels like twitter.com and our mobile apps.”

The new site is much cleaner and is very similar to the browser and app interfaces, allowing the company to deliver the best version of its product across more platforms. This comes on the heels of yesterday’s release of new Twitter mobile apps for iOS and Android.

The results of Twitter’s nine week project brings mobile support to thirteen different browsers for thousands of different devices. On the blog, the team writes about working to provide users with a “consistent experience on any device.” The new site can scale from screens as small as 240 x 240 pixels up to desktops. In an effort to accomodate slower networks and different browsers, the site is optimized for browsers with javascript turned off and offers page sizes that are up to 63% smaller than the old version. 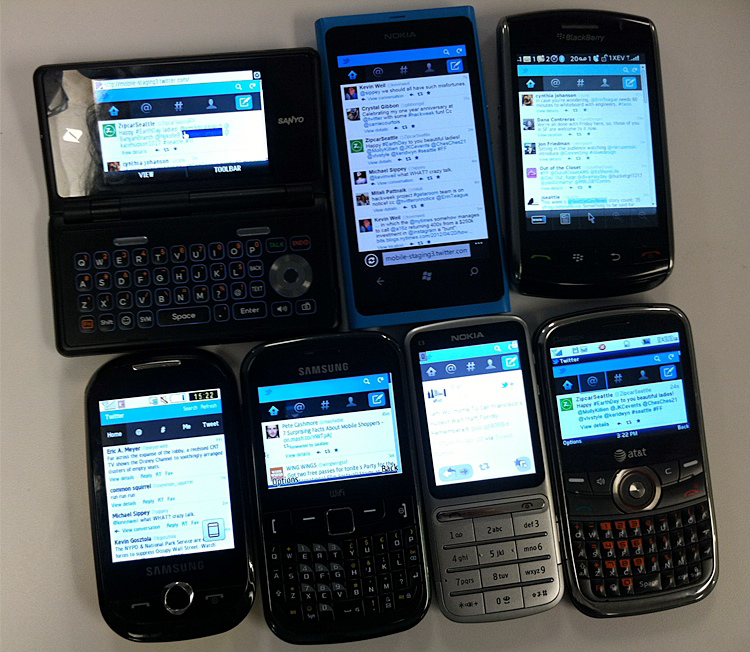 After studying how people were using the mobile site, from analyzing how often they Tweeted to how often they refreshed or loaded more Tweets, the designers sketched on paper and jumped into testing and tweaking versions. The team says they tested the mobile site on over 300 different devices. They noted that new features, such as JavaScript support and enhancements for widescreen, are coming soon.