Exciting news for fans of the popular Twitter iOS client, TweetBot: the company has just announced the launch of its highly anticipated desktop counterpart via blog post this morning. The good news? You can now download TweetBot for Mac and give it a whirl. But the bad news is that the launch is only an alpha, complete with bugs and missing features galore.

I tend to be an early adopter of these kinds of things (no sh**, right?), so it’s not a big deal to run somewhat janky software on my Mac. However, you should be advised that “alpha” isn’t being used casually here – there are, as Tapbots‘ designer Mark Jardine says, “bugs! lots of them,” “disturbing graphics and performance issues,” and “no support.” This is the kind of release that you should only try out if you’re willing to put up with issues in exchange for an early first look and the opportunity to provide feedback. But it seems like a bunch of folks are willing to give it a try – the Tapbots website is getting crushed right now under the load of new downloaders. (This blog post probably won’t help with that).

The company says it’s putting out the release in order to motivate them to finish it faster and hear back from users about what they like and what kind of issues they’re seeing. (In other words, send those crash reports). And for Twitter power users, there’s a lot to love – support for lists management and editing, the ability to mute by hashtag, keyword, or user, support for multiple URL shortners, tons of options for uploading video and photos, “read later” service integrations, and even Retina Display for new MacBook users.

The timing of the announcement is also interesting, given Twitter’s recent messaging about how it’s planning to “deliver a consistent experience” to users by more tightly controlling usage of its API by third parties, most recently, by cracking down on LinkedIn. TweetBot is a beloved mobile app in the Twitter ecosystem, and rallying user support for the company in this time of potential crisis (Twitter hasn’t really clarified what all these changes mean for app makers), is not a bad move at this time. 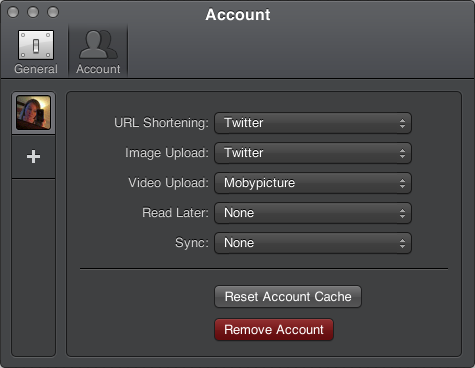 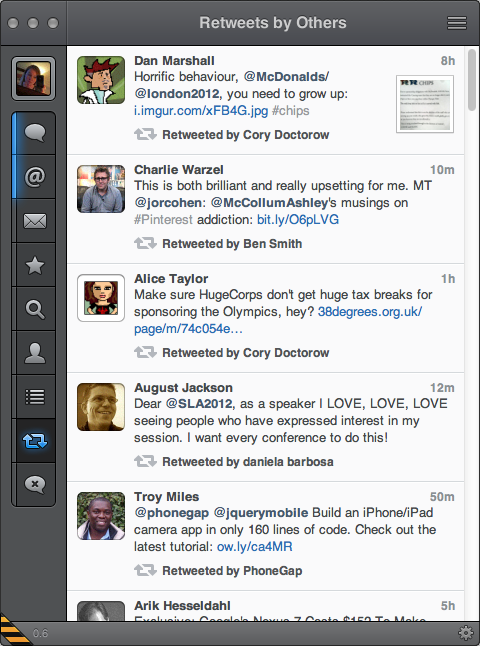