Sweetlabs, a four year-old, Google Ventures-backed startup, is releasing Instagrille 2.0, a “completely revamped” version of its current application, today on its Pokki app platform. The new app gives users features not seen on Instagram’s iOS or Android apps, such as the ability to browse photos “Nearby” and download their favorite pictures.

While he wouldn’t disclose exact numbers, Chester Ng, co-founder of Sweetlabs, tells us Instagrille is in the top 10 in the “millions of downloads of Pokki apps.”

“People love this app,” he tells us. “And that’s the original version. We think people are really going to love this new one”

The original Instagrille app was created by Denys Denysiuk, a 22-year old recent graduate from Vinnytsia National Technical University in Ukraine. Denysiuk’s Instagrille placed third in a Sweetlabs contest; the company then acquired Instagrille to take it to develop it further.

The redesign is much more aesthetically pleasing and cleaner, with bigger photos, cleaner menus, integrated social sharing, liking and commenting. The major shortcoming of the app is still the inability to upload photos, which Ng says is due to Instagram’s API; he says they will be “first in line” if Instagram lifts this restriction. 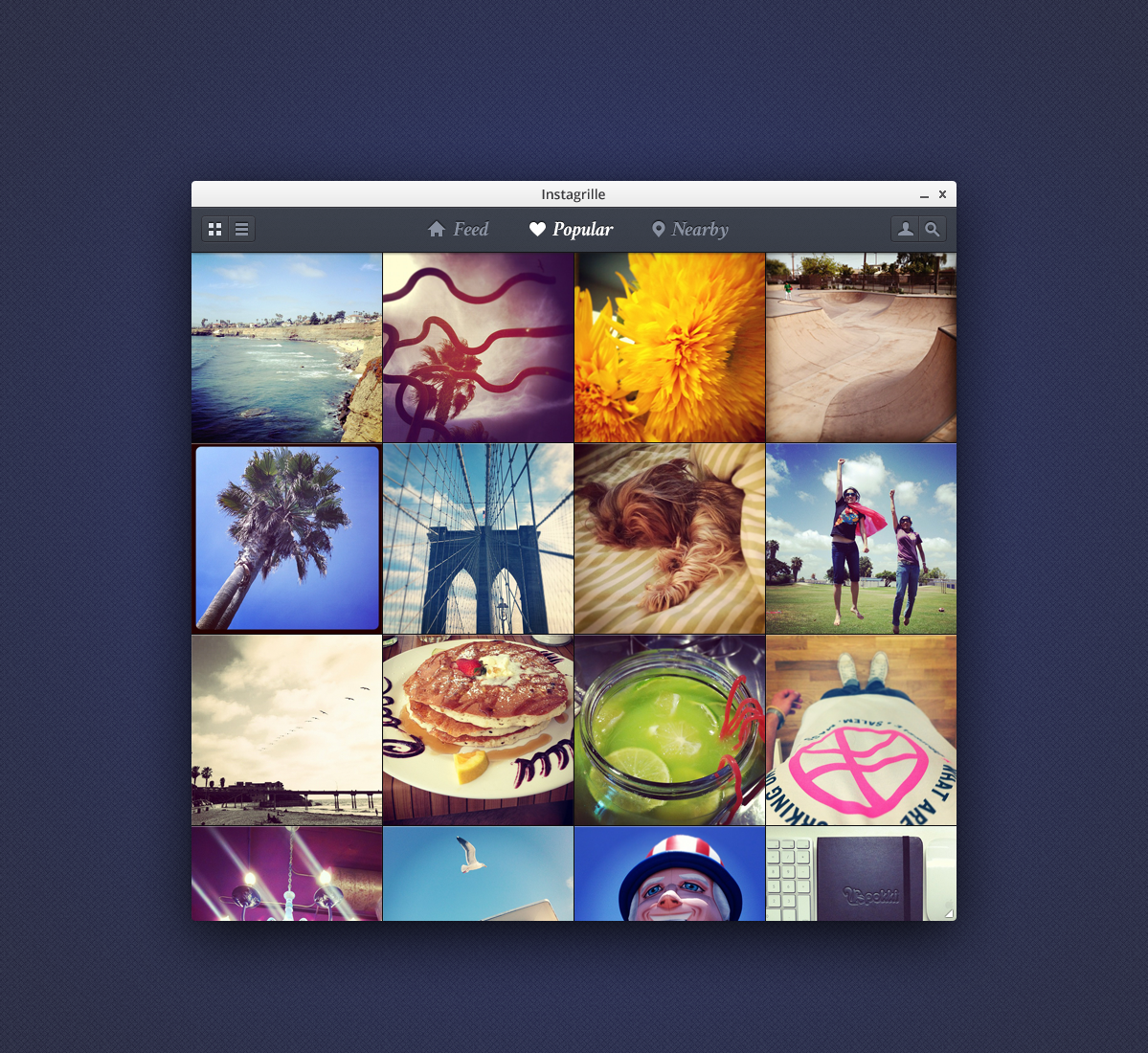 “The goal is to build the best Instagram experience on the computer—the best way to view, search and share your favorite photos on Instagram,” Ng tells us.

The app is currently only available for Windows, although Ng said he has seen a “sweet” Mac version in the labs that will be released in the coming months. Instagrille’s main competitor, Carousel, is a $1.99 app for Mac.