Microsoft’s Imagine Cup is probably one of the world’s best-known student technology competitions and Microsoft itself likes to call it “the world’s premier student technology competition.” Every year, thousands of local teams compete to represent their country in the finals. Over the last 10 years, over 1.65 million students from over 190 countries have participated in the event in some form or another. Ever since the first event in Barcelona, Microsoft has hosted the Imagine Cup in a different city around the world. This year, the event is going down under and is taking place is Sydney, Australia, where about 350 jet lagged students from 75 countries descended on the city’s convention center today to register, fine-tune their presentations and kick the event off in style. 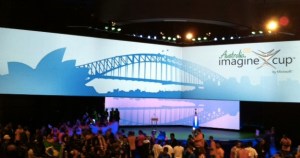 In a way, the Imagine Cup is similar to some of the pitch competitions we’re all familiar with: students present their projects in front of a panel of judges and over the course of the next few days, the field is winnowed down to six finalists who then get one last chance to describe their products and business models before the winner is chosen. Thanks to how international the event is, though, the overall atmosphere is definitely more like the World Cup, with the marked difference that teams that don’t move on to the next phase tend to cheer for other teams from their region.

“Imagine a world where technology helps solve the toughest problems.” 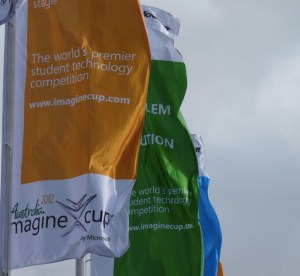 This year, the competition’s theme is “Imagine a world where technology helps solve the toughest problems.” The students who made it to the finals definitely took the competition’s motto to heart. Among the projects that were chosen for the finals (all of which obviously use Microsoft’s platforms), for example, are a tool developed by the Australian team that uses a phone, a digital stethoscope and a cloud-based backend to help diagnose childhood pneumonia in developing countries.

A surprisingly large number of teams, by the way, decided to use Microsoft’s Kinect, including the Argentinian team, which uses Microsoft’s motion detection hardware for the Xbox to help people with disabilities learn about music and play virtual instruments.

As Walid Abu-Hadba, Microsoft’s corporate vice president for developer and platform evangelism, noted in a press conference in Sydney earlier today, the idea here is not just to inspire students to solve tough problems, but also to help them build sustainable businesses that help make the world a better place. Those businesses, he stressed, don’t have to come out of Silicon Valley and the Imagine Cup’s mission is, in part, to encourage students from anywhere in the world to create their own businesses, too. Students get feedback from local mentors from the beginning of the competition and some of the finalists even get a chance to present their ideas to Bill Gates and win additional grants later on. 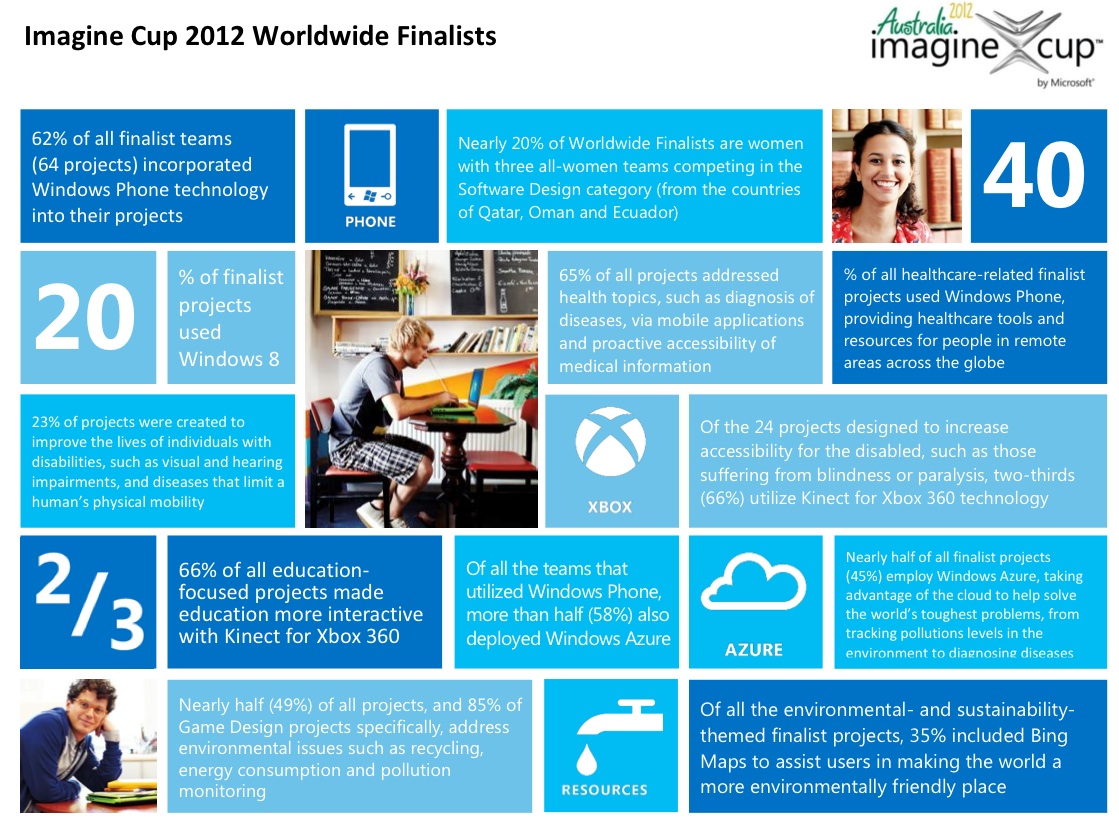 Disclosure: Microsoft provided me with transportation to Sydney and accommodations during the event.