Refer.ly, a Y Combinator-backed startup that makes it easy for people to earn affiliate revenue every time they recommend a product or book, is now allowing its users to donate their earnings to charity.

The company, which only just launched six weeks ago, is syncing up with about 100 charities or so including the March of Dimes and American Heart Association. All proceeds can go to a user’s charity of choice. Refer.ly takes no cut. The company also started a summer reading campaign on behalf of Room to Read, which builds libraries in the developing world. The company is donating $1 for every book purchased through Refer.ly this month.

Refer.ly is a service that lets everyone earn a commission on recommendations. Big retailers like Amazon often give a single-digit percentage commission to partners that refer them successful sales, but it’s often been hard for regular people to sign up for these programs. Refer.ly makes it easy for anyone to create an affiliate link that can earn them this cut.

So far, the company has seen its users earn about $1,000 in commissions since it launched a little over a month ago.

The company’s chief executive Danielle Morrill, who was previously the head of marketing for Twilio, said she recognized that not all users would necessarily want to earn income from product recommendations. But they might feel good about giving that money to charity.

“We tried to get a good mix of charities,” she said. “We wanted a mix around hunger, housing, poverty, international aid and other causes.” 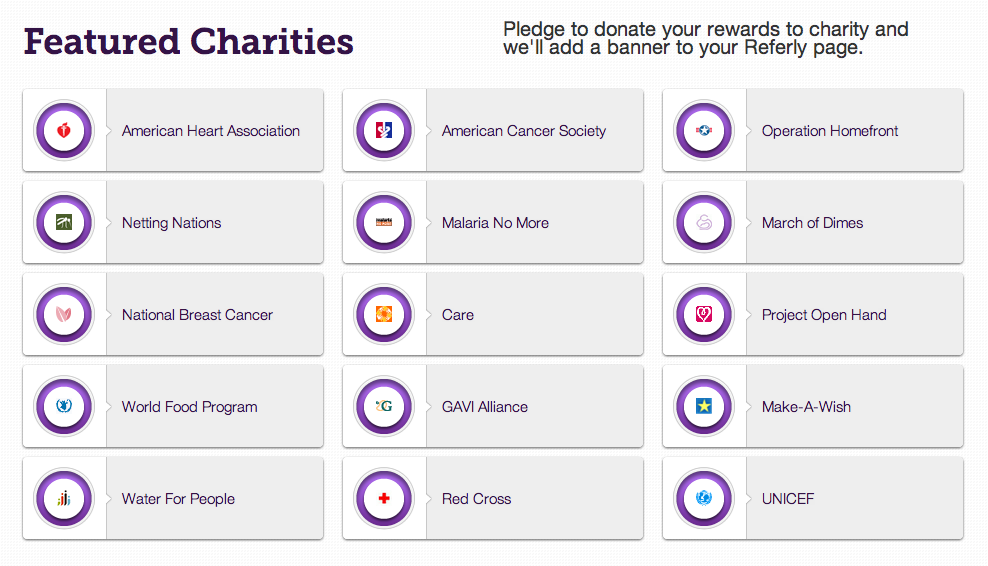