Every time I talk to Mixpanel co-founder Suhail Doshi, he likes to update me on how many actions his analytics startup is tracking for its customers every month. (In case you’re wondering: The latest number is more than 6 billion.) But Mixpanel isn’t just tracking actions anymore — starting today, it’s tying its data to individual users, too.

Specifically, when customers open up their Mixpanel dashboard, they’ll see a new menu under the “actions” section called “people”, where they can get data about all of their visitors, such as gender, age, and country, and then correlate that data with user activity, so that, for example, you can tell whether men or women are spending more time in your app. Doshi says these are the kinds of “really hard but very specific” questions that most companies have to build their own in-house analytics systems to answer.

He also says the new features should be useful to companies of all sizes. If you’ve got a brand new website and only a few hundred visitors, you can look at the individual profiles. If you’re more established, with millions of users, you can still look for patterns among those users, and also target messages to specific groups — for example by sending a special note or offer to users who live in San Francisco, or to the ones spending the most money on your game.

Much of Mixpanel’s recent growth has been on the mobile side, so naturally the new people-tracking features will be available to both desktop and mobile customers.

Under the hood, Doshi says Mixpanel has built “an incredibly powerful, advanced data analysis engine that we wrote from scratch” to power all of its products. By modifying “about 20 percent”, Mixpanel is now able to extend the engine to track people as the “atomic unit” of measurement, not just actions. 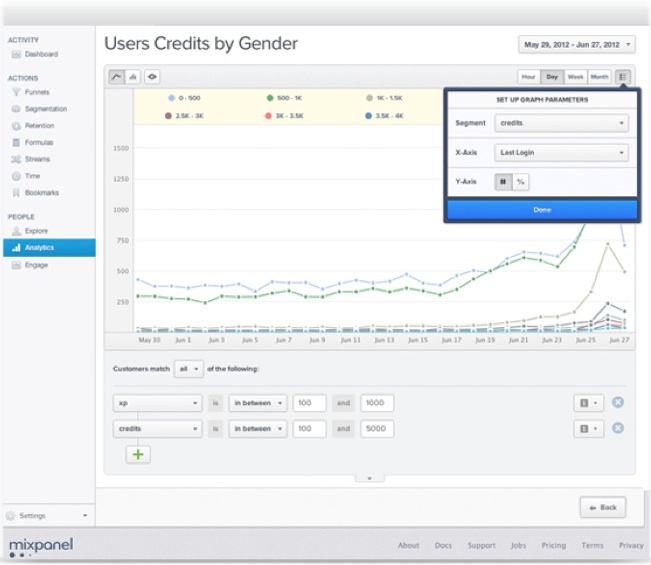