Facebook will give investors and the world their first official look at its post-IPO earning for Q2 2012 at 2pm PST on July 26th, according to a brief note posted to its investor relations page just now. There’s been no indication of whether CEO Mark Zuckerberg will participate in an earnings call or if more business focused execs COO Sheryl Sandberg and CFO David Ebersman will be the ones fielding questions.

The company pulled in $1.058 billion in Q1 2012 revenue with a net income of $205 million. Critics will want to see both of those increase and will likely focus on its mobile revenue. Facebook only began showing ads on mobile at the end of February, but monetizing the medium is believed to be the linchpin of Facebook’s future success.

Facebook gave potential investors a scare when its showed that despite revenue going up 44.7% from Q1 2012, it was down 6.5% from Q4 2011. While surely influenced by the waning of holiday advertising, many suspected this was the first sign of slowing momentum due to the shift of its user base to mobile where it wasn’t monetizing as effectively.

Facebook is purposefully throttling the ramp up the presence of these ads as not to shock users who’ve had their mobile experience ad-free for years. Finding the maximum number of ads it can show without decreasing usage and engagement, or leaving sour taste in users’ mouths will be crucial. 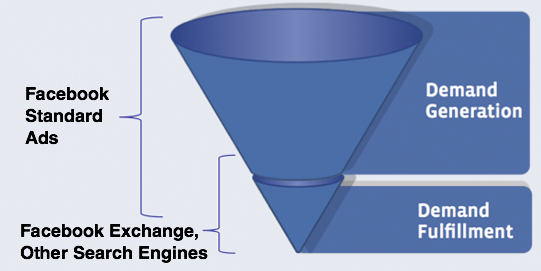 While their power won’t be reflected in the Q2 2012 earnings, there are three new Facebook ads products that could make future earnings releases a lot shinier:

Many want to see signs that Facebook will weather the transition to mobile gracefully. If it can show as much on July 26th and the price stays where it is now, investors might flock to Facebook. Regardless of the financials, the sheer presence of Mark Zuckerberg on the earnings call could reassure investors who may worry they’re far down the young CEO’s list of priorities after he skipped several meetings with them during the pre-IPO roadshow.

And if he does join the call, I better not hear one analyst mention of hoodies, pokes, or any of those awful Facebook puns.