Google just gave away a Chromebox, the desktop version of the company’s Chromebook laptops, to all Google I/O attendees. Besides being a venue for Google’s most spectacular launches (and jumps), Google I/O has also developed a bit of a reputation for all the products Google gives away to attendees. Yesterday, at the end of the first keynote, the company announced that every attendee would get one of Google’s newly announced Nexus Q media-streaming devices, as well as a new Nexus 7 tablet and a Nexus phone. Google calls these giveaways its “Android Developer Package”.

Google launched the Chromebox in May and the devices currently retail for $329. Altogether then, Google has now given away merchandise worth almost $1,200 ($1,179 if our calculations are correct). Besides its skydiving stunts this year, this is going to set the bar pretty high for next year’s event.

Last year, Google already upped the ante by giving all attendees a Samsung Galaxy tablet, as well as a Verizon hotspot and a Chromebook (and a Sony phone to everybody who came to a sessions about mobile gaming). This year, however, Google also raised the price of attendance to $900 (with a discount for students and professors) – up from $450 to $550 last year. Despite this, the event sold out in 20 minutes (last year it took just under an hour). 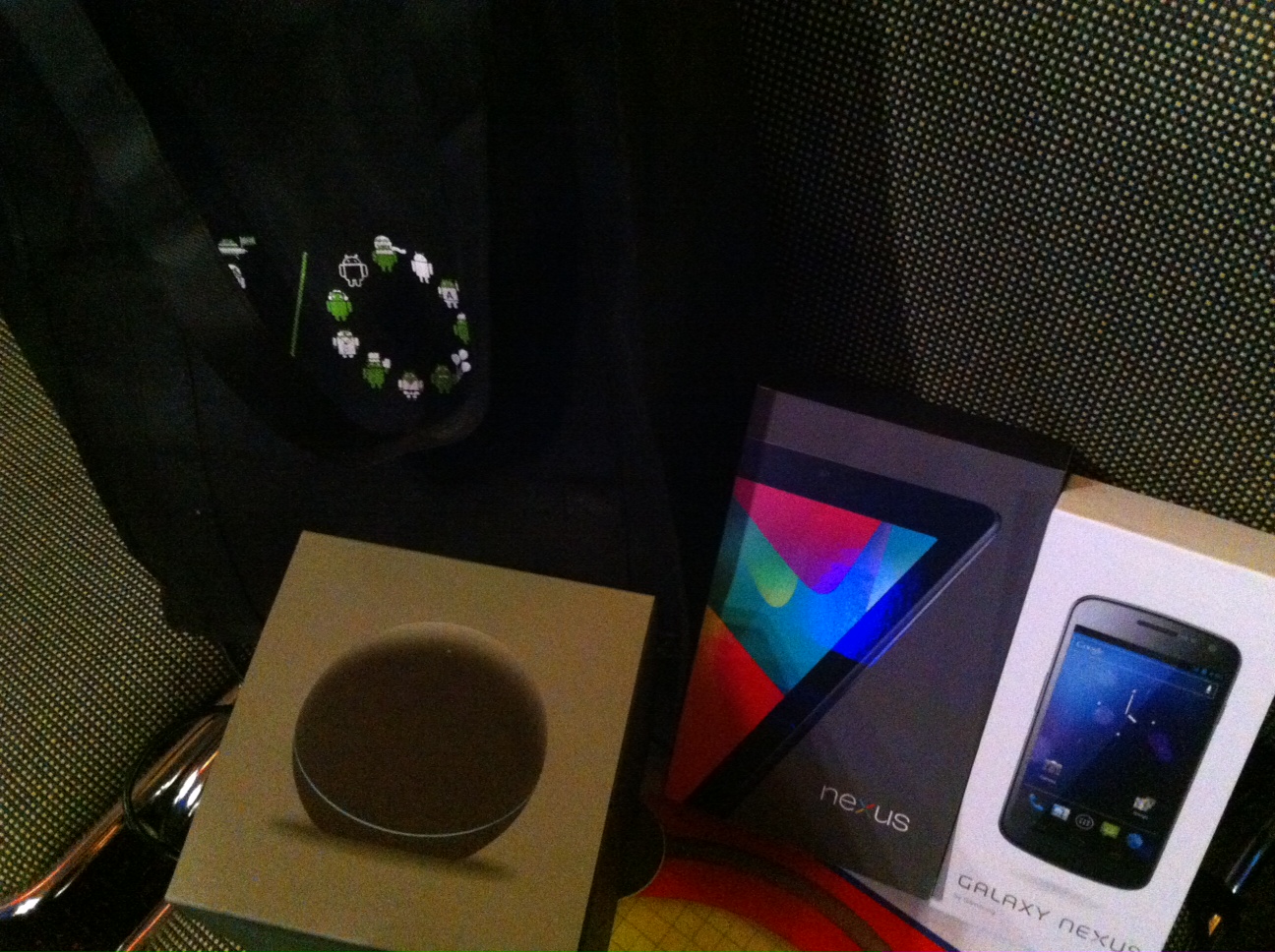