You may not think much about the links that punctuate nearly every piece of online content (including this one), but Pete Sheinbaum, the founder and CEO of a new startup called LinkSmart, says they present an untapped opportunity.

“The text link is this little innocuous thing that’s been on the Internet since the beginning of time, with all this latent potential,” Sheinbaum says. “We’re exposing this opportunity to publishers and giving them the tools to manage these links.”

The online publishing world is one that Sheinbaum is familiar with. He pent almost nine years at fashion and shopping newsletter DailyCandy, ultimately serving as its CEO before leaving in 2009, less than a year after Comcast bought DailyCandy from Pilot Group Ventures for $125 million.

So why focus on links? Sheinbaum says it’s because publishers are spending significant amounts of money to drive traffic and looking at increasingly sophisticated tools. A smarter approach to link management could address many of those needs in a relatively easy and affordable way, he says. And while there are other companies automatically adding links to content, they’re usually focused on advertising (like Vibrant Media) or e-commerce/affiliate marketing (like VigLink) — in Sheinbaum’s view, they’re usually hurting the user experience. LinkSmart, on the other hand, is focused on directing users to more editorial content.

The company’s product is divided into three main services. First, there’s analytics, so that publishers can see how their existing links are performing. Second, there are management tools that allow publishers to automatically redirect links — for example, if there’s some kind of marketing campaign where they’re trying to promote a certain site or category, LinkSmart can automatically update links in the archive so that they all point in the right direction. Third, LinkSmart can automatically add new links to stories, based on data it has collected about the optimum link-to-text ratio and the kinds of links that perform well on that site.

For the most part, Sheinbaum says these tools will be used by the audience development managers and yield optimizers at a publishing company. Folks on the editorial side might use the system too, but he says that writers should be focused on creating new content, while other parts of the team can use LinkSmart to tweak the links in that content as needed.

The product has actually been in testing for nearly two years. LinkSmart has also raised $4.7 million in funding across two rounds, from Foundry Group, Sutter Hill Ventures, and Costanoa Venture Capital. 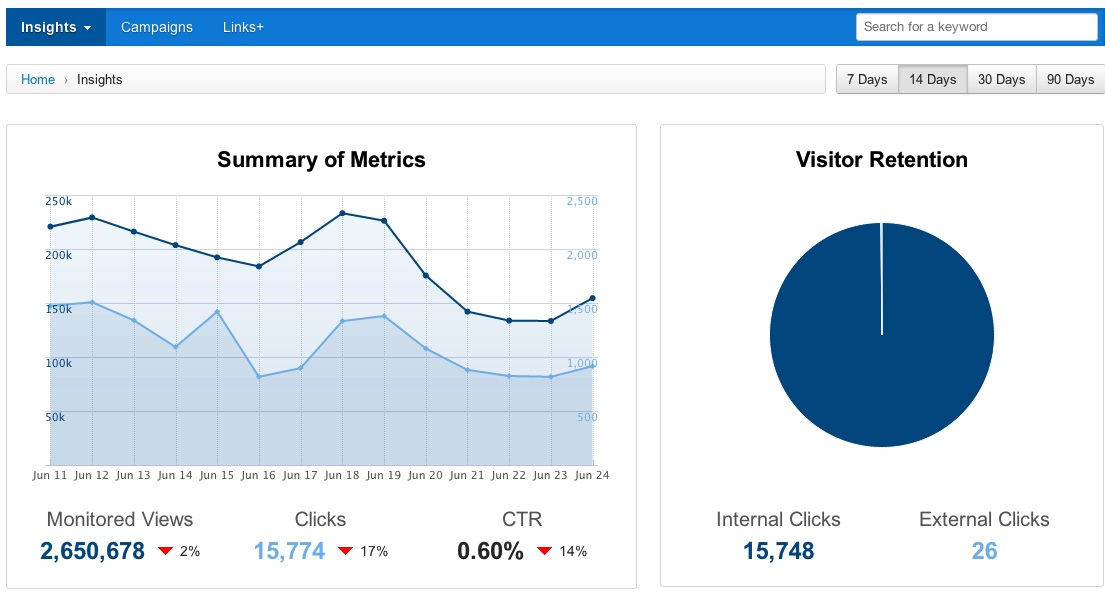